The advertising popup from the Government Lottery Office appears on the Paotang app to introduce online lottery ticket sales.

The GLO started selling digital lottery tickets at 6am on June 2 at the retail price of 80 baht each.

Tickets with the same six-digit numbers had been sold out.

Lt Col Noon said digital tickets were now available for purchase every day from 6am to 11pm or until 2pm on the 1st and 16th of every month, when the lottery is drawn.  A total of 5.27 million tickets would be offered for purchase for each lottery draw. Each person could buy an unlimited number of tickets.

For people who were not keen on buying digital tickets via the Paotang mobile application, there would be shops selling lottery tickets at 80 baht each as an alternative.

There were now 362 shops in total that had been contracted to sell the tickets at 80 baht each in Bangkok and the Central Plains, the East and the Northeast. More had just entered contracts with the GLO for sales in the North and the South.

It was expected there would be shops selling tickets at 80 baht each in every province, starting with the July 1 draw, Lt Col Noon said.

The Paotang app was developed by Krungthai Bank and is widely used for financial services.

The app will also notify winners of their prizes. Winners can claim their prizes via the app or conventionally at the GLO.

The GLO launched online sales of its lottery tickets at the official 80-baht price in a bid to keep down street prices of its tickets. Vendors have been selling tickets at 100 baht, 110 baht and more, especially for sets of tickets with the same numbers which are attractive to buyers dreaming of huge first prizes.

It comes in the wake of a government crackdown on online lottery vendors suspected of selling tickets at inflated prices.

However, the Criminal Court ruled last month that such private online platforms did not inflate the prices of government lottery tickets. They only provided a market for vendors and buyers to settle ticket prices between themselves. 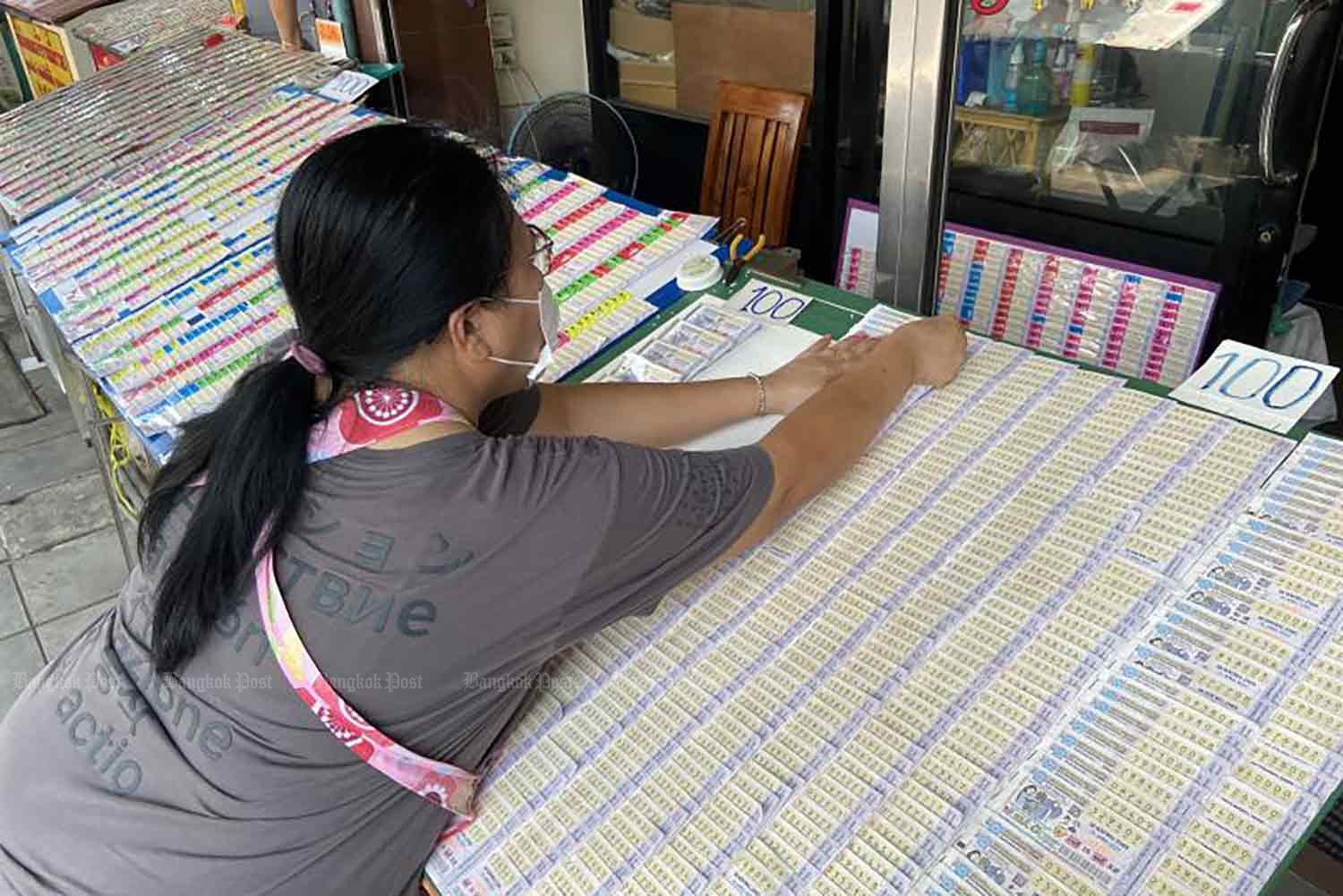 A vendor arranges government lottery tickets priced at 100 baht each, despite the official price being 80 baht, in Thon Buri district, Bangkok. Tickets are often sold at 110 baht or even 120 baht. (Photo: Arnun Chonmahatrakool)

Gen Prayut also wanted the app to be free of any glitches and errors, as it may affect financial transactions, said Mr Thanakorn.

Buyers of digital tickets must be at least 20 years old.