Police will issue arrest warrants for two more men and a woman suspected of smuggling 2.25 million methamphetamine pills from the Northeast into Bangkok.

Pol Lt Gen Jiraphat Phumjit, commissioner of the Provincial Police Region 1, on Tuesday said police have arrested two men involved in the drug smuggling. The drugs were found hidden in an ambulance.

The two suspects, identified only as Sompong and Phitthawat, were arrested at Soi Hathairat 39 in Min Buri district on Monday, said Pol Maj Gen Jiraphat.

A couple who owned the ambulance left their vehicle and fled in a rescue pickup truck driven by another gang member.

Police identified the couple only as Jirayut and his wife Thippawan and the rescue pickup truck driver as Ice.

According to the investigation, the gang had smuggled illicit drugs from the Northeast to the Central Plains on several occasions. They had been hired 150,000 to 300,000 baht for each delivery.

On June 5, Mr Jirayut and Ms Thippawan used the ambulance to pick up the meth pills in the northeastern province of Loei and brought them to Bangkok.

Pol Lt Gen Jiraphat said the investigation was being extended to find the mastermind behind the drug smuggling.

On Tuesday, the police region 1 chief held a meeting with concerned agencies under the Public Health Ministry, police commanders and rescue foundations in nine provinces to draw up measures to prevent ambulances and rescue vehicles from being used in illegal activities. 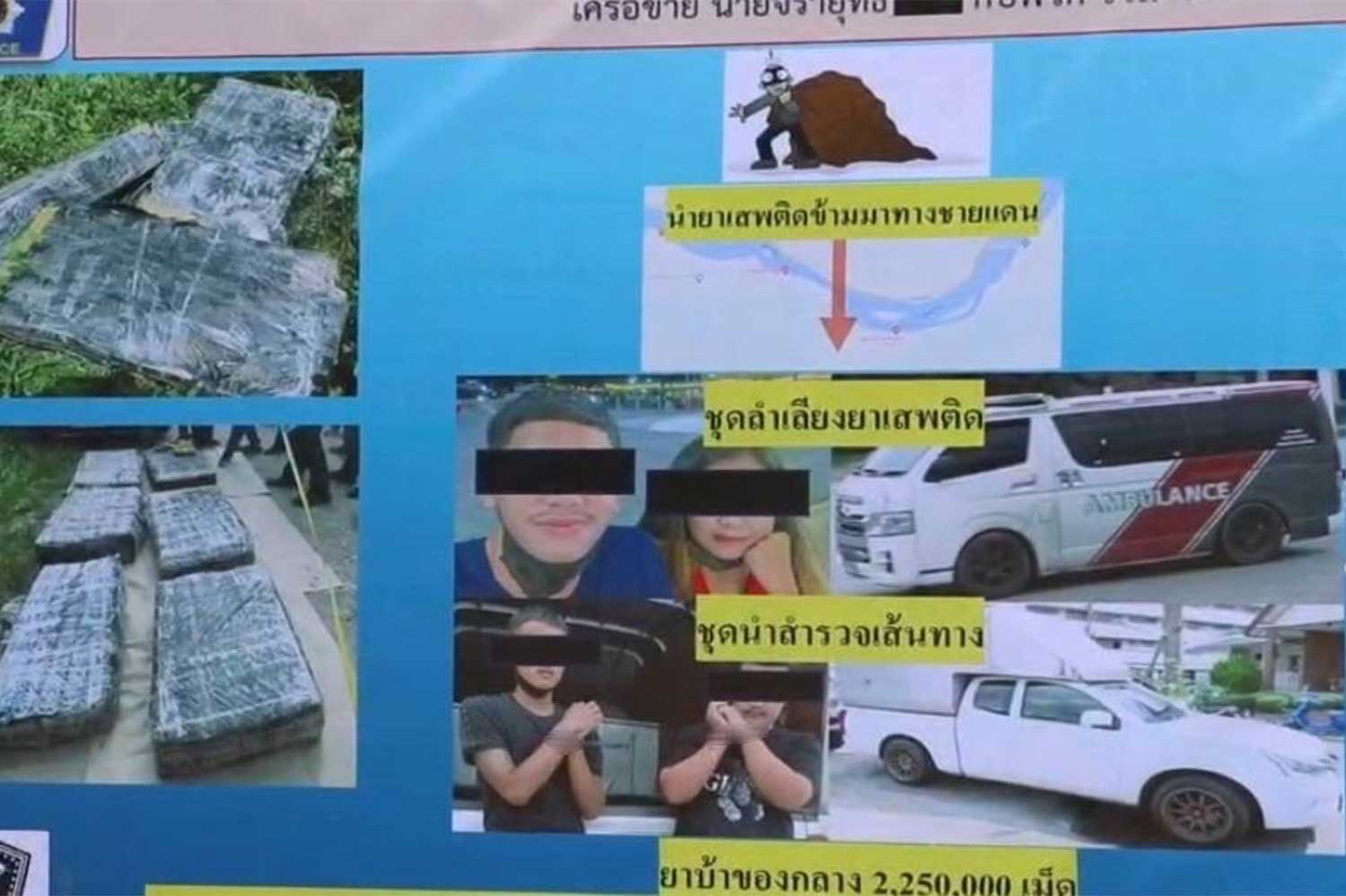 A couple, top, abandon their ambulance used for drug smuggling. Two men, who boarded a pickup truck to lead the ambulance, were arrested in Bangkok's Min Buri district on Monday. (Photo supplied)