Six people have been arrested for providing bank accounts for the operators of a 20-million-baht medical supplies scam involving the online sale of non-existent antigen test kits (ATKs).

The five men and one woman were wanted under arrest warrants issued by the Criminal Court on June 2 for collusion in committing public fraud, putting false information into a computer system and illegal advertising of medical supplies, Pol Maj Gen Anant Nanasombat,  head of the Consumer Protection Police Division, said on Wednesday.

The arrests followed multiple complaints to police about fraudsters operating four Facebook pages offering to sell ATKs at wholesale prices, Pol Maj Gen Anant said. They were priced at 900 baht per box at a time when there was a shortage of kits, he said.

Buyers who sent money to the provided bank account numbers were unable to contact the sellers when the kits did not arrive.

Pol Col Neti Wongkularb, superintendent of Consumer Protection Police Sub-division 4, led the arrests. He said about 20 million baht had circulated through the bank accounts of the six suspects.

Their accounts were linked to the Facebook pages that duped people into buying ATKs. About 10,000 people were believed to have been conned by the swindlers.

The investigation would be extended to catch the masterminds of the fraud, he said. 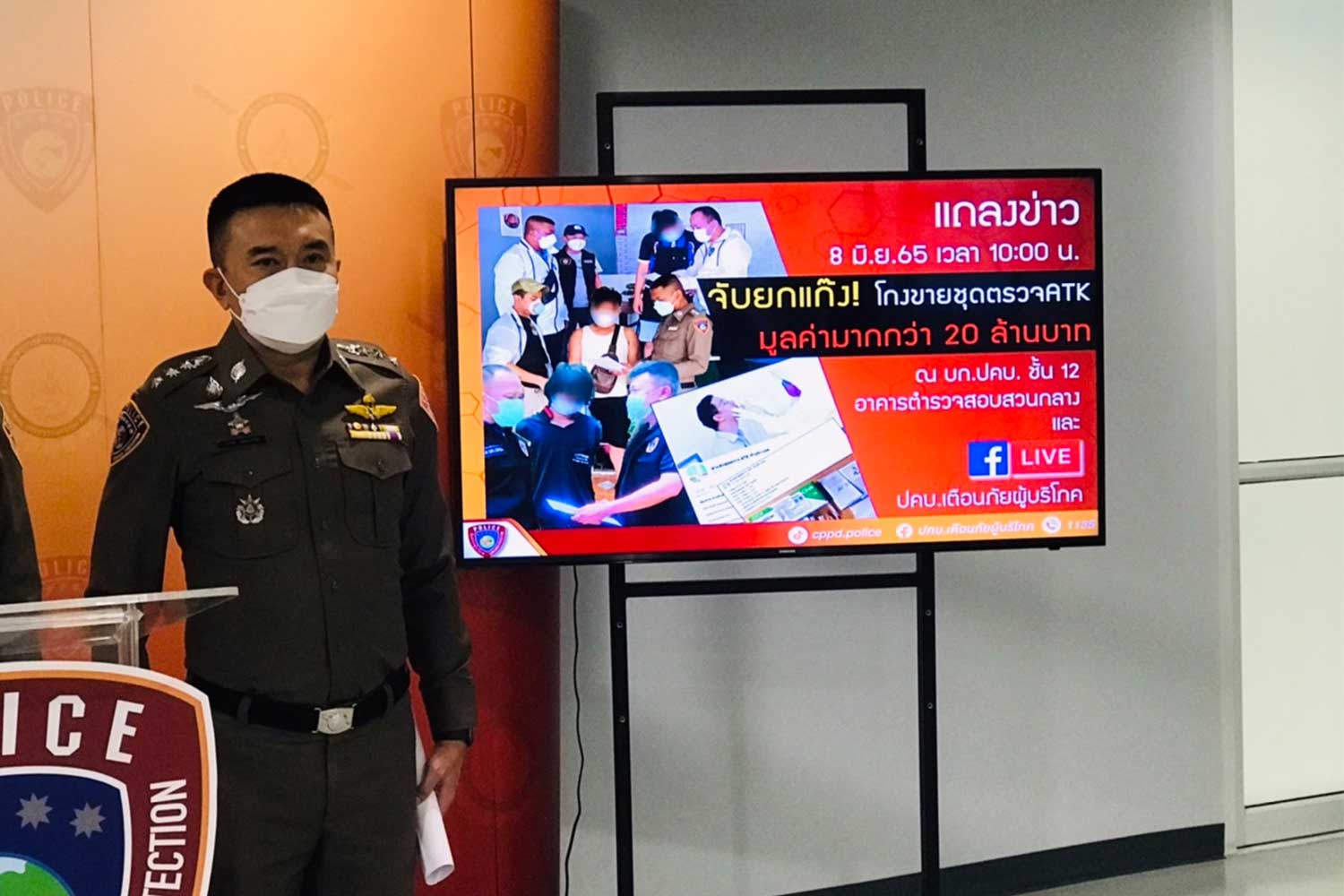 A  monitor screen shows the arrest of suspects in the 20-million-baht antigen test kit swindle, at the police press conference on Wednesday. (Photo supplied)