Thousands of cannabis offenders being released, but not all
Thailand
General

Thousands of cannabis offenders being released, but not all

Those also sentenced for other offences remain behind bars

Happy inmates who had been serving sentences for cannabis offences hug waiting relatives after being released from Klong Prem Central Prison in Chatuchak district, Bangkok, on Thursday. (Photo: King-oua Laohong)

More than 4,200 inmates serving sentences for cannabis offences were initially eligible for release from prisons nationwide on Thursday, when the delisting of cannabis as a narcotic drug took effect.

However, those also convicted and sentenced for other offences were not being freed.

Corrections Department deputy director-general Thawatchai Chaiwat said assistance was being provided to inmates in cannabis cases, regarding their release or changes to their penalty.

Lists of inmates who were already surveyed had been sent to the various courts, for their release,

In Nakhon Sawan Central Prison, for example, 10 inmates serving jail terms for cannabis offences were eligible, but none were released. The atmosphere at the prison remained quiet.

Happy inmates who had been serving sentences for #cannabis offences hug waiting relatives after being released from Klong Prem Central Prison in #Bangkok on Thursday. #BangkokPost #Thailand

The Public Health Ministry has announced that the removal of cannabis and hemp from the category 5 drug list is effective from Thursday, June 9.

Nakhon Sawan Prison chief Supachok Khuanruechai said on Thursday that the prison had coordinated with the provincial court on the number of inmates serving cannabis-related sentences who would be released under the new legislation.

There were 17 prisoners. One was recently transferred to Phetchabun province to pay a fine. Six others were already released, leaving 10 inmates serving jail terms for cannabis offences.

However, those inmates could not be released because they were also convicted and sentenced for other offences, Mr Supachok said.

Narcotics Suppression Bureau director Pol Gen Roy Ingkapairote, a deputy national police chief, said on Thursday that more than 4,200 prisoners in cannabis cases would be eligible for release. Cases pending investigation would also be dropped, and arrest warrants issued for cannabis use would be revoked, he said.

Cannabis is no longer an illicit drug. A Ministry of Public Health announcement published in the Royal Gazette on Feb 9 took effect on June 9. This means the production, import, export, distribution, consumption and possession of cannabis for health and medical purpose is formally legalised.

However, possession and use of extracts with more than 0.2% THC, and public recreational use of the drug, remain illegal. 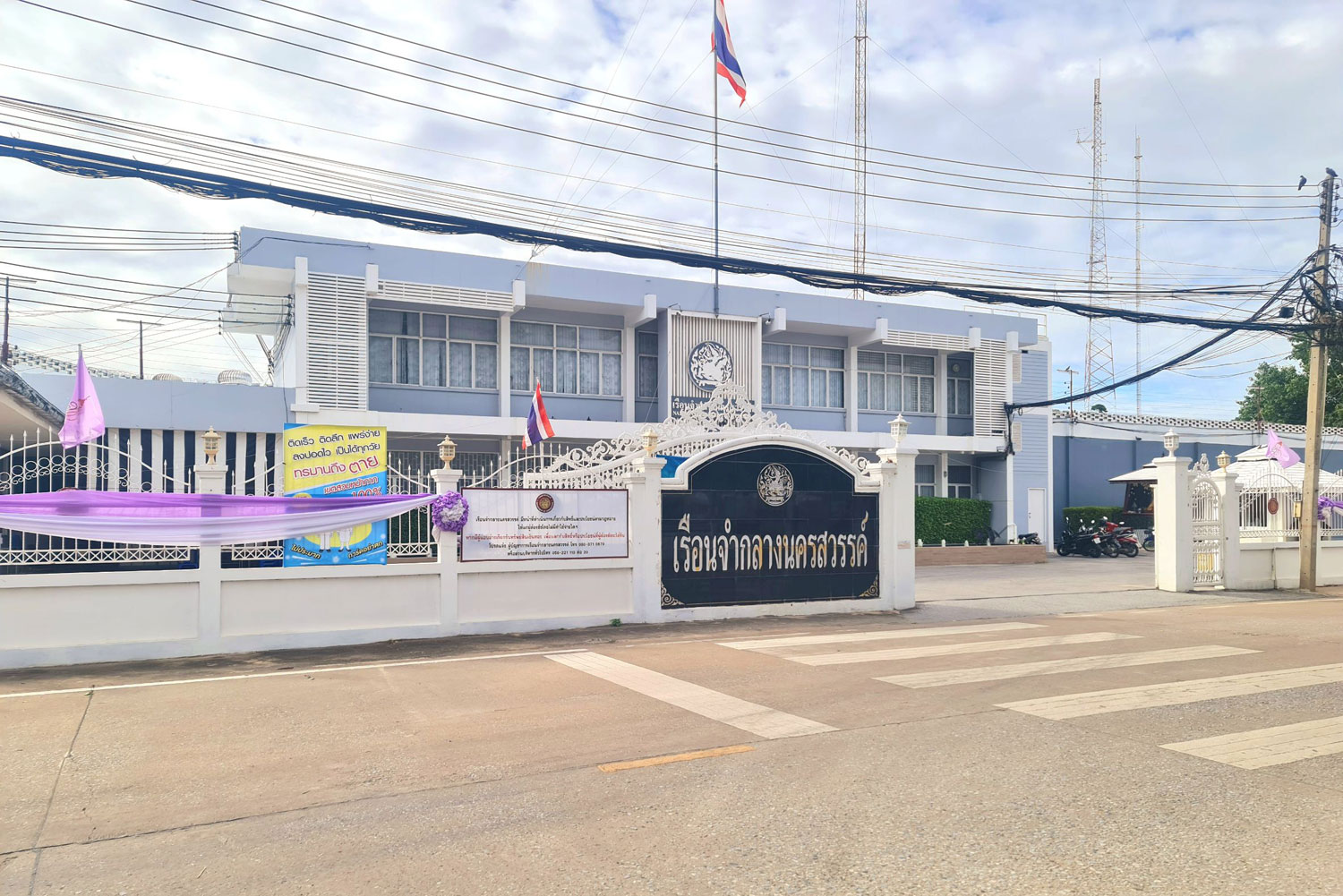 The Nakhon Sawan Central Prison says it cannot release 10 inmates sentenced for cannabis offences, because they must still serve their sentences for other offences. (Photo: Chalit Pumruang)