Soldier shoots dead estranged wife before killing himself in hospital

A police officer stands in the compound of Khon Kaen Hospital in Muang district, Khon Kaen province, after a soldier shot dead his estranged wife in the hospital early Thursday. (Photo: Chakrapan Natanri)

KHON KAEN: A soldier shot dead his estranged wife, a nurse at a public hospital in this northeastern province, in the early hours of Thursday before turning the gun on himself.

The incident happened on the fourth floor of Khunakorn Building at Khon Kaen Hospital at around 1am on Thursday, said Pol Col Preecha Kengsarikij, superintendent of Muang police station.

The soldier arrived at the hospital, where his former wife Naphaporn Nakkiew, 34, worked as a nurse. He shot her three times in the head, chest and right rib with a .38 pistol. The nurse died instantly, Pol Col Preecha said.

The gunman then walked away from his wife's body and turned the gun on himself. He was pronounced dead at around 5am.

Nurses notified the slain woman's relatives, who immediately went to the hospital.

Police questioned relatives and others who knew the two deceased. They were told that Sgt Maj First Class Akkhaphon and Napphaporn had two children, aged 3 and 7.

Prasit Saedaosuan, father of the nurse, said the hospital recently sent his daughter to undergo training in Phayao for four months and in Chiang Mai for another two.

After she returned to work at Khon Kaen Hospital, she and her husband began to quarrel frequently. At one point, he threatened her by firing shots in their house. Their relatives were aware of the couple’s problems, the Khon Kaen police chief said.

The pair finally divorced. However, the soldier kept trying to reconcile with his ex-wife, only to be rebuffed. On Thursday morning, he took the gun to the hospital and sought Napphaporn. Upon seeing her, he fired three shots, killing her instantly. He then left the room and shot himself. Doctors and nurses tried to save him but failed, said Pol Col Preecha.

According to a police investigation, the shooting was motivated by feelings of jealousy and rejection.

The shooting happened when the couple's 7-year-old son went to get help from other nurses when his parents were arguing, police said.

Police planned to further question relatives and others close to the dead couple. 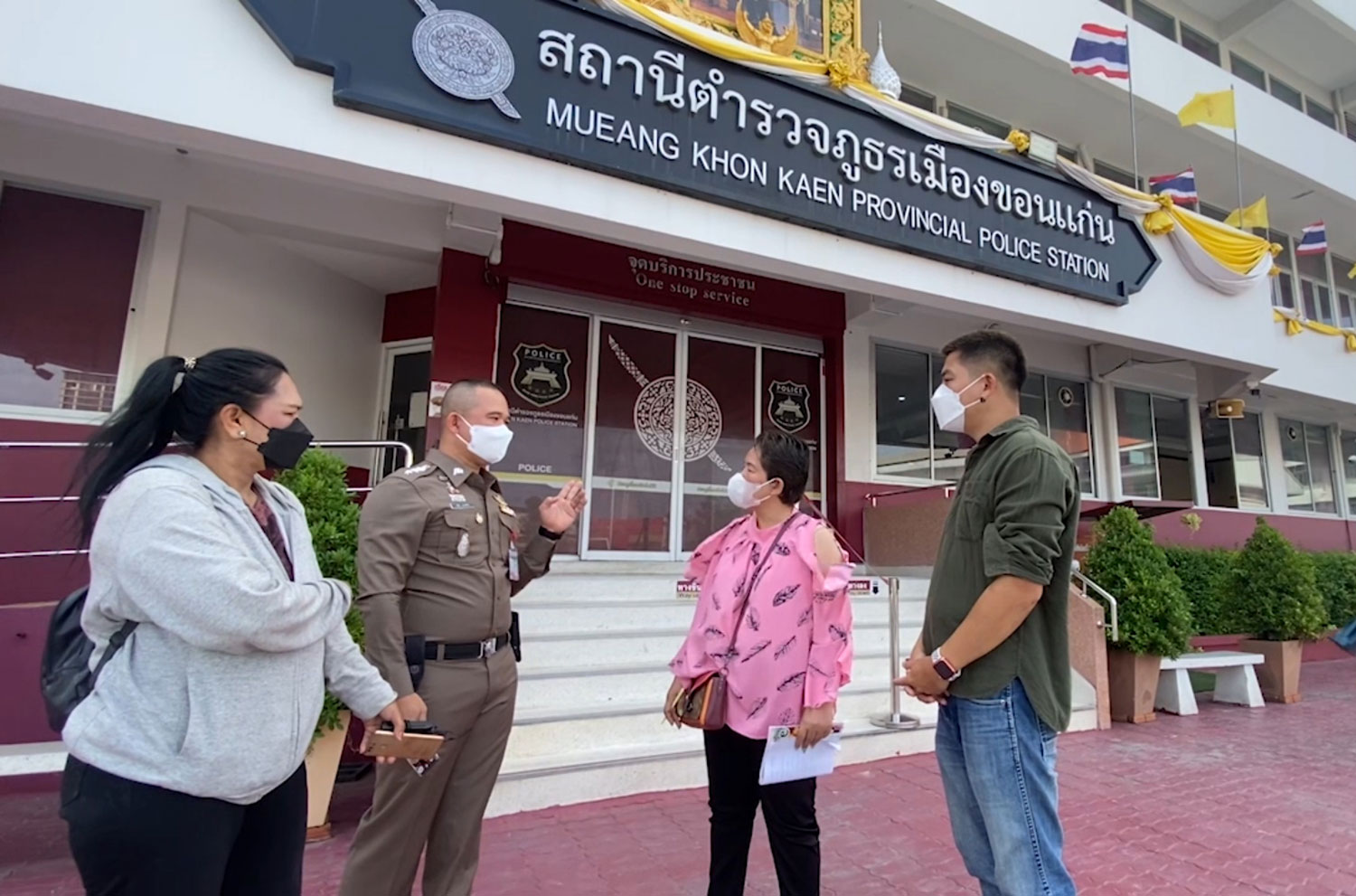