The different fuel prices in Thailand and other members of the Association of Southeast Asian Nations (Asean) stem from the retail price structure in each country, a government spokesman said on Thurday.

Prime Minister Prayut Chan-o-cha urged the press to report such issues accurately and stressed that the government aims to resolve all pending energy issues. 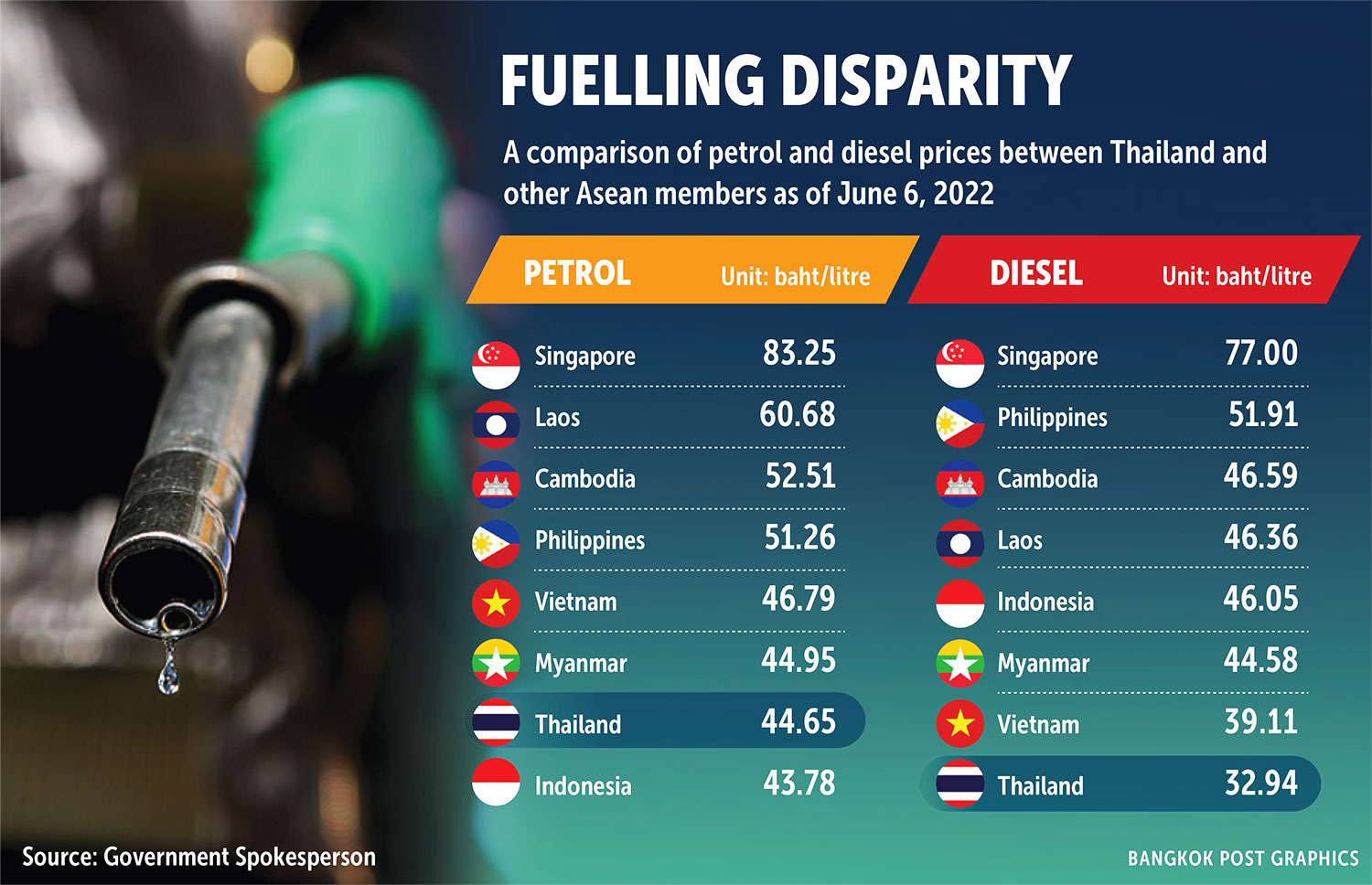 Spokesman Thanakorn Wangboonkongchana said the PM has been closely monitoring fuel prices, which have been fluctuating in line with the global market.

Gen Prayut clarified that fuel prices in Thailand are not the most expensive among Asean members and the kingdom still has national oil and gas conglomerate PTT Plc to manage the country's energy security, Mr Thanakorn said.

He said the retail price structure determines the fuel price differences in Asean. Many neighbouring countries also have to import crude oil, the price of which is beyond their control, he added.

Once the oil is imported, the excise tax and government subsidies contribute to the varying prices seen in each country, the spokesman cited the prime minister as saying.

Both Malaysia and Brunei are oil exporters and the profits they reap from petroleum are used to subsidise domestic fuel prices, Mr Thanakorn said, adding this is why they have cheaper gas prices.

He said the retail price of oil in Thailand is determined by ex-refinery prices that hinge on the Singaporean market.

"The government will try its best to work with affiliates to solve the energy crisis for the Thai people. The prime minister has asked everyone to save as much energy as possible and join hands to support one another during this trying time," Mr Thanakorn said.

The Ministry of Energy said Russia's invasion of Ukraine has led to a supply shortage and the demand for oil is rising as many countries recover from the pandemic.

The Monetary Policy Committee now expects inflation to hit 6.2% this year in Thailand. The Ministry of Commerce said in May it could climb to 7.1% this quarter for a year average of 4.5%.