Phra Thep Senabodi, the abbot of Wat Kawisararam in Lop Buri, reports to a police investigator at the Anti-Corruption Division on Saturday to acknowledge charges in connection with a temple fund embezzlement scandal. (Photo supplied)

Two senior monks in Lop Buri and Nonthaburi provinces have reported to police to answer charges in connection with a temple fund embezzlement scandal.

They denied any involvement in embezzlement and money-laundering in the scandal involving former senior officials at the National Office of Buddhism (NOB) and monks. They were later released after hearing the charges.

Phra Thep Senabodi, also the Lop Buri provincial monastic chief, was questioned about 30 million baht that the NOB had given the temple in 2014 to support the education of monks and novices. However, the police investigation found that the money had not been used for the stated in objective.

The abbot claimed the money had been used to finance the extension of Winitsuksa School under the temple’s care. But investigators said they found irregularities in the use of the temple fund.

In the case of Phra Udomsitthinayok, also the deputy provincial monastic chief in Nonthaburi, investigators said there was graft in connection with use of a 13-million-baht fund allocated by the NOB in 2013 to Wat Bang Oychang to support Phra Pariyadham School. The investigation found that the temple had never received a permit to set up the dhamma-teaching school.

As well, the NOB had allocated budgets worth about 18.5 million baht to support other projects at the temple. But the temple had never carried out the projects as stated in the original funding proposal it made to the Office.

The investigators found that Phra Udomsittinayok had withdrawn 23.5 million baht in total and returned the money to Boonlert Sopha, a former director of the Office, who was sentenced to jail in 2020 for his involvement as a kickback negotiator. 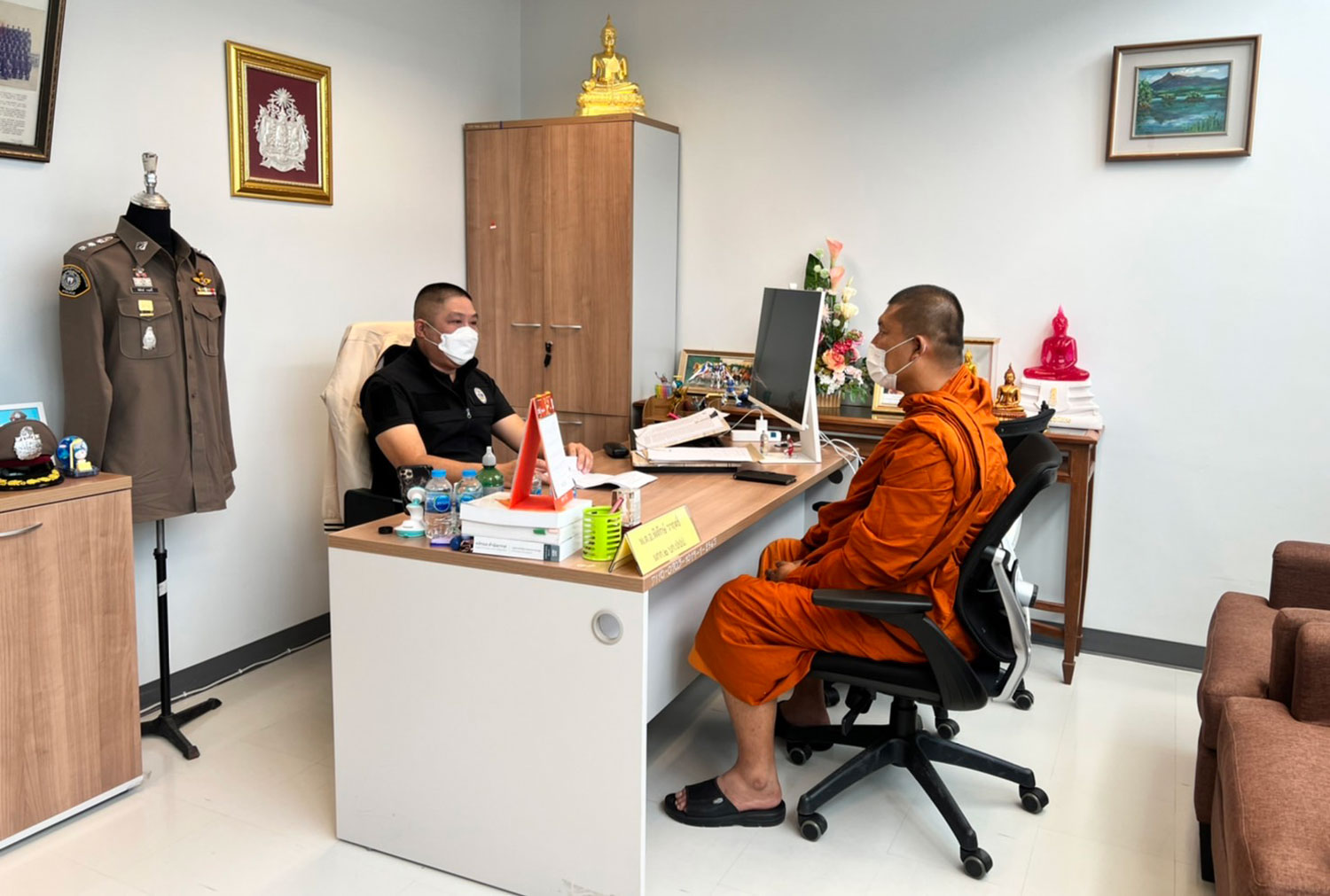 Phra Udomsittinayok, the abbot of Wat Bang Oychang in Bang Kruay district of Nonthaburi, is interrogated over alleged temple fund embezzlement on Saturday at the police Anti-Corruption Division.