Tracking down modern fugitives who are determined to remain under the radar requires expertise, as well as resources and dedication. The work leading to the June 5 arrest of a British man wanted in the UK on child pornography charges was no exception.

It took police six months to track down William Dempster, 46, from Lanarkshire in Scotland, who was finally arrested at a house in Moo 4 village in tambon Huai Yai in Chon Buri's Bang Lamung district where he had been living with his Thai girlfriend.

Dempster fled the UK before being sentenced on charges of producing, having in his possession and disseminating child pornographic material between 2008 and 2013.

He lived hidden for eight years while on the run here.

Law enforcement officers from many agencies including Scotland Yard, the Central Investigation Bureau (CIB), and the National Crime Agency (NCA) worked together to locate Dempster ahead of his arrest.

Pol Col Boonlue Phadungthin, Crime Suppression Sub-Division 2 commander, said Thai police launched a probe after being alerted by authorities in the UK about a child pornography convict on the run here.

It was a challenge tracking down Dempster whose initial whereabouts remained a mystery. Police had virtually no information about him except that he entered Thailand in 2014 and listed a hotel in Pattaya as his place of stay.

"After that we had nothing. He just vanished," said Pol Col Boonlue, who led the investigation.

Scotland Yard officers spent years trying to locate Dempster before receiving information that he had fled to Pattaya, he said. Thai authorities were contacted by UK officials late last year and a warrant for his arrest was issued in March.

As the investigation rolled on, the CSD became sure Dempster was hiding in Pattaya but could not find him, he said.

"It is hard, really hard because he vanished as soon as he landed here in 2014. There were no further records of his movements. He gave a place of stay with immigration police once and that was it," he said.

Dempster managed to stay hidden because every transaction was carried out by his Thai girlfriend, an online vendor. The man did not travel or go outside and there were no sightings from neighbours.

Police were unable to find a pair of men's shoes in front of the house where they suspected he had been hiding and they had to deploy officers to keep watch around-the-clock. 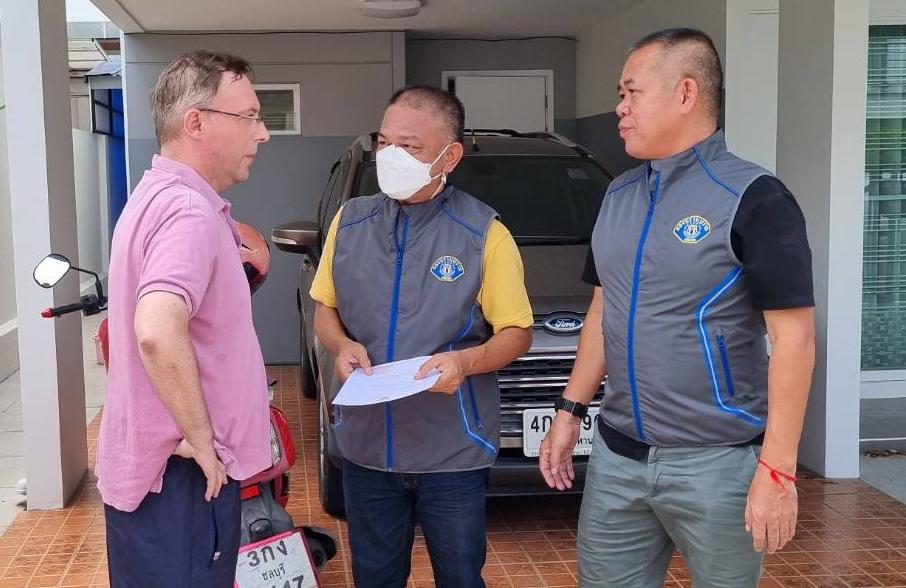 Pol Col Boonlue said Dempster had no record of offences in Thailand except for overstaying his visa. He was brought before the court for the extradition process.

However, a key problem they face is that victims often do not step out to report the offences for various reasons, such as being embarrassed or intimidated into silence, he said.

Pol Lt Gen Jirabhop said the internet has made child pornography easier to access and enabled predators to make contact with their targets using social networks and chat applications.

The CIB works closely with law enforcement agencies in other countries to maintain surveillance on those with a history of sexual abuse of children, he said.

He said the bureau also partners with civil groups and non-governmental organisations to raise parents' awareness of this type of crime.

"In foreign countries, registered sex offenders are required to report details of their travel and daily activities to authorities, so many tend to look for ways to escape that environment.

"However, we work with our counterparts overseas in updating data and keeping an eye out for these known offenders to prevent them from committing offences here," he said.

Pol Lt Gen Jirabhop said parents must keep a close watch on their children and talk to them if their behaviour changes. He urged them to report any form of sexual harassment including non-physical harassment like sexually suggestive comments.