A woman has allegedly admitted hiring the gunman who killed her playboy husband, telling police she was angered by his many affairs with other women and his frequent physical abuse of her.

Ms Charoensri was wanted on an arrest warrant issued in 2014 by the Chaiya Disitrict Court in Surat Thani province.

She was charged with masterminding her husband's murder, theft and breaching the Firearms Act.

When CSD investigators tracked her down she was working as a masseuse in Bang Khen and was arrested there on Tuesday.

During questioning, Ms Charoensri told police she had lived with her husband for 11 years. He had changed a lot and had affairs with other women. Worse still, he had spent money she earned and gave it to those women.

When she learned what was going on they had quarrelled frequently, and he often physically assaulted her.

She said she loved him dearly but was gripped by the fear he might kill her someday, because he often carried a gun. So she allegedly hired a gunman to kill him first. It cost her 100,000 baht.

When the gunman killed her husband he allegedly stole his gold necklace, weighing five baht, and his gun. She fled to Bangkok before she could be arrested.

Ms Charoensri was being detained in police custody. 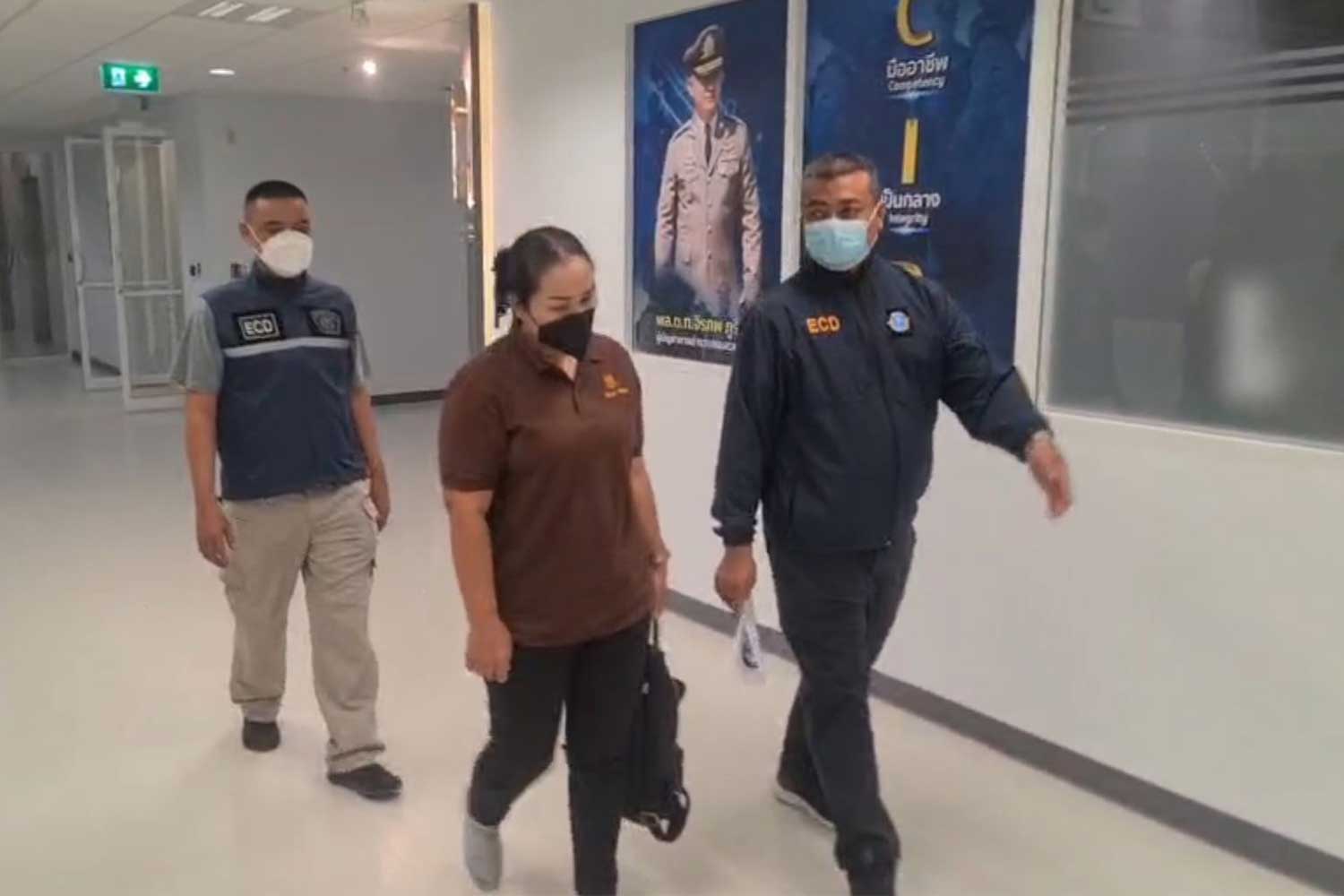 The suspect, centre, at the Economic Crime Suppression Division in Bangkok after her arrest for masterminding the murder of her playboy husband in Surat Thani eight years ago. (Photo supplied)