The slain woman's brother, Yingyot sae Lee, 37, gave police a recording of a conversation involving the murder suspect and a Thai worker in Taiwan. (Photo supplied)

The elder brother of a pregnant woman slain in Taiwan has submitted fresh evidence to police investigators and accused the prime suspect of cruelly maligning his sister to justify her murder.

The people in the conversation were the 35-year-old suspect, Santi Supa-apiradeepailin, and a Thai worker in Taiwan, Mr Yingyot said.

In the conversation, Mr Santi accused his sister Potjanee sae Lee of being a mafia figure involved in a string of unlawful activities, including phone call scams, the drug trade and human trafficking, and claimed he had to kill her for his own safety.

Mr Santi is wanted in connection with the murder in Taiwan of Prasert Norat, 32, and his wife Potjanee, 35. The murdered woman was five months’ pregnant with twins. He fled to Thailand after they were slain and has gone into hiding.

The couple's bodies were found in a parked BMW outside the Taoyuan high-speed rail station on Sunday. Taiwanese police believed the killer was a family friend who had immediately fled home to Thailand.

The Criminal Court on Tuesday approved an arrest warrant for Mr Santi.

Mr Yingyot said his family and Mr Santi were very close. His family treated him like one of their own and had often helped him.

He said the murder might have been motivated by money. Mr Santi had huge debts, totalling over 20 million baht. The suspect had borrowed money and gold weighing 15 baht, or 4 million baht in total, from his sister.

Mr Yingyot said he planned to offer a six-digit cash reward for the arrest of Mr Santi, but had to consult with relatives first.

On Tuesday, Pol Col Anek Taosuphap, deputy CSD commander, said the suspect was a business partner of the victims. They had opened a company to recruit Thais to work in Taiwan. Mr Santi departed Thailand for Taiwan on April 6 and returned through Suvarnabhumi airport on June 9. He took a flight to Chiang Mai that same day.

Pol Lt Gen Piya Tawichai, commissioner of Provincial Police Region 5, said police would investigate people who maybe helping Mr Santi. Police believed he was still at large in Thailand, but he may have slipped across the border to a part of Myanmar controlled by the Wa State Army. 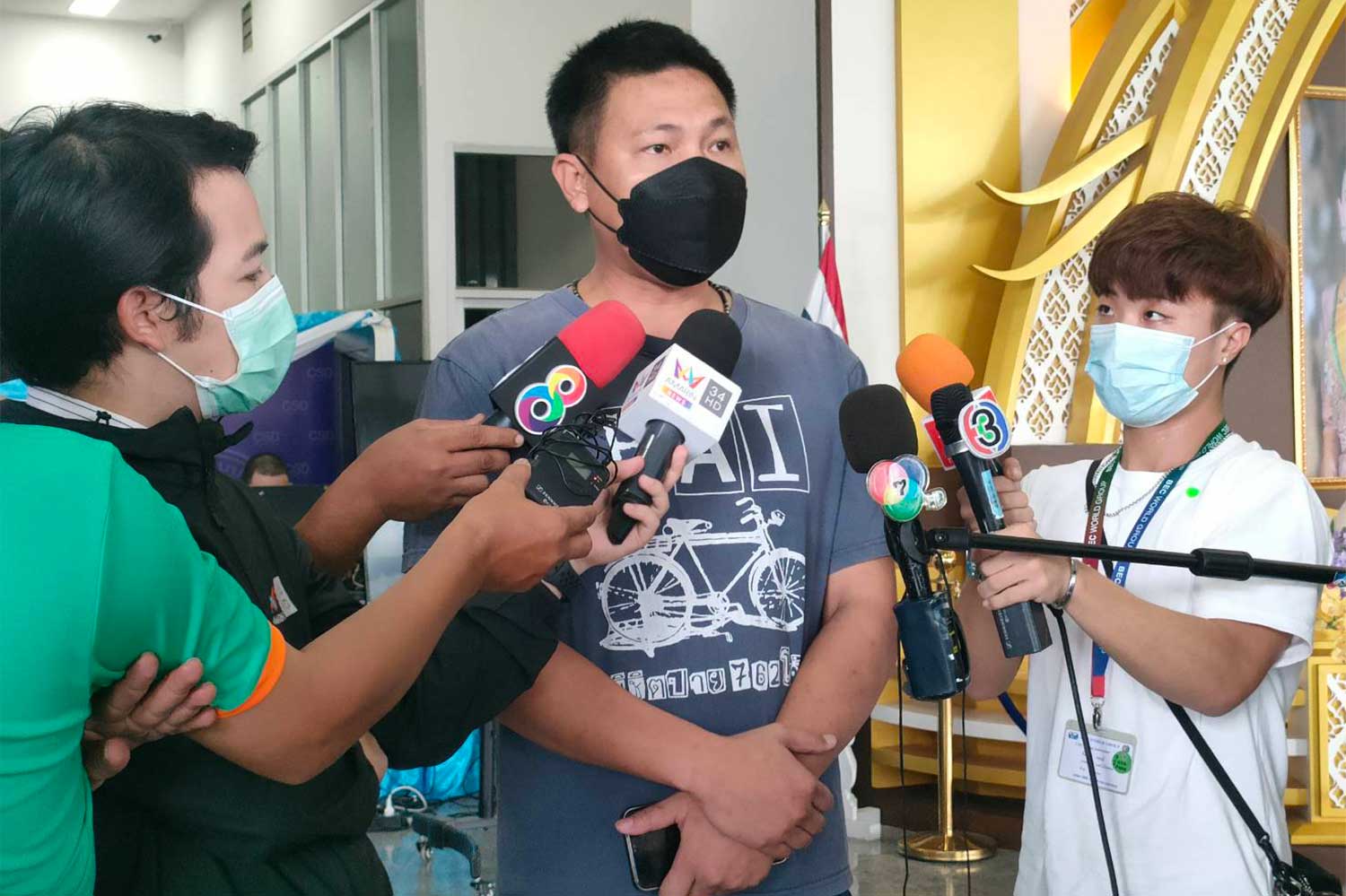