SURIN: Funeral rites began on Friday for a transgender woman found murdered at her house in Prasat district on Wednesday as the prime suspect, a Lithuanian man arrested in Chon Buri, arrived back in Surin under police escort.

Marius Kunickas, 31, was apprehended at a beach in Pattaya in the early hours of Thursday.

Rites for Thiraphong Lamluea, 31, were being held at her house in tambon Kang-an of Prasat district, amid an outpouring of grief from relatives, friends and neighbours.

The family said Thiraphong would be cremated at a temple in their village on Sunday.

Thiraphong was found dead inside a closed room at her two-storey house in tambon Kang-an around 4.30pm on Wednesday by her shocked her mother, Wandee Lamluea, 47, who arrived there after neighbours reported a nasty odour coming from Thiraphong’s nearby house.

Ms Wandee said on Friday the family was happy after learning that police had arrested the suspect, Thiraphong’s foreign boyfriend. (continues below) 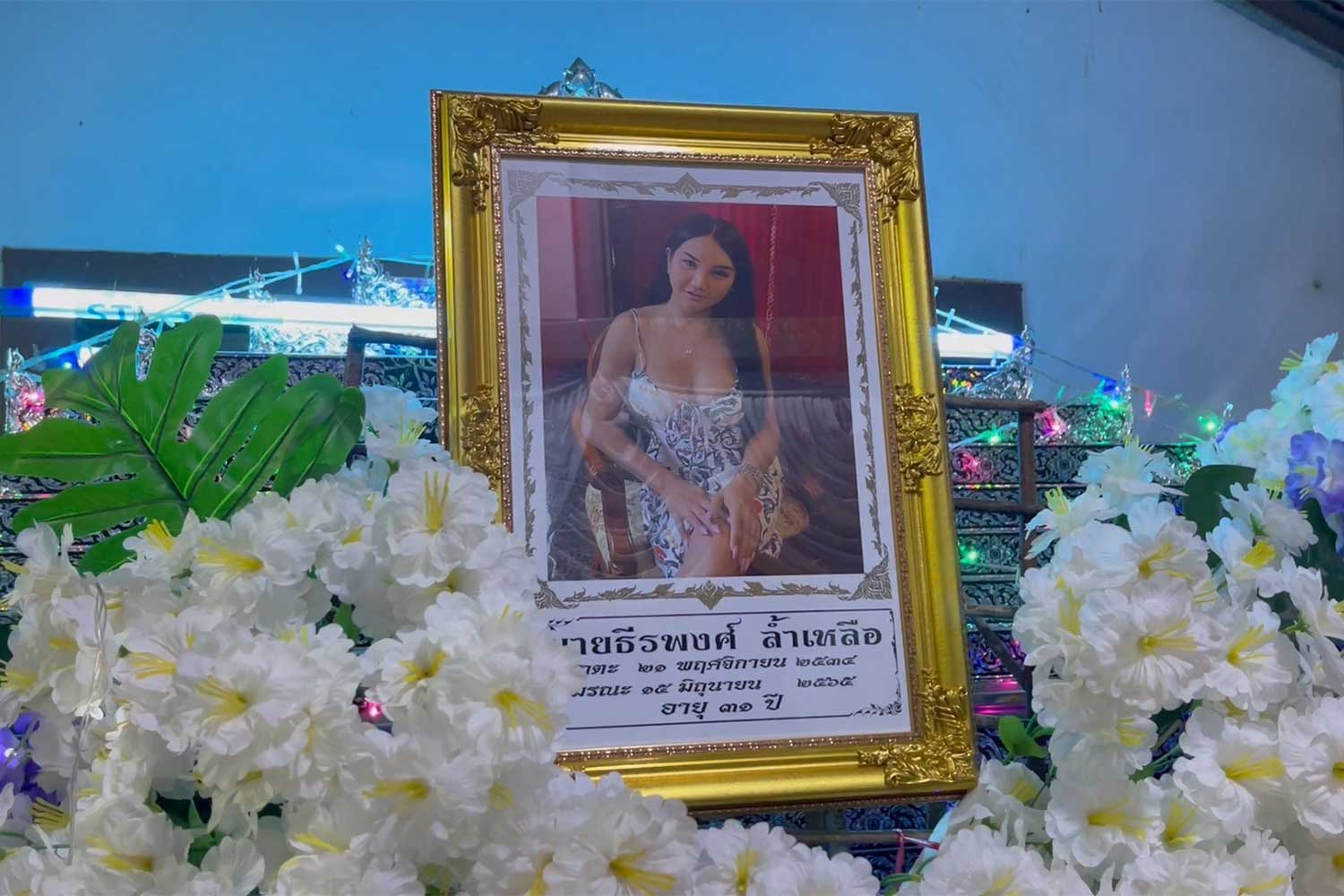 A photo of  Thiraphong Lamluea, 31, displayed during funeral rites at her house in Prasat district, Surin. (Photo: Nopparat Kingkaew)

She said the suspect could ask for forgiveness, but it would not be forthcoming.

She said Thiraphong had been beaten about the head, probably with a bottle. She could not understand why anyone would want to take her transgender son's life.

Yod Kaenchan, 44, the victim's uncle, said Thiraphong was a friendly person and loved her parents. The day before the body was found, his elder sister, Wandee, told him that she could not contact Thiraphong and asked him to phone the boyfriend. He answered the call and said Thirapong was drunk, Mr Yod said.

He and Wandee went to Thiraphong’s house on Wednesday evening. They were shocked when opening the spare room door and finding a dead body wrapped in a blanket.

Police later escorted the suspect to Prasat police station in Surin. He arrived in this lower northeastern province around 2am on Friday and was being interrogated, a police source said.

Earlier, the victim’s mother had earlier told local reporters that Thiraphong’s boyfriend was a Russian national. Police later confirmed his nationality as Lithuanian.