A total of 153 Myanmar nationals who were earlier caught for illegal entry line up to board nine power-motored boat at Khao Nang Hong pier in Ranong province on Friday. (Photo supplied)

RANONG: Another batch of 153 illegal job seekers from Myanmar were sent back to their country after their cases were final.

The Myanmar nationals - 97 men and 56 women – had been detained for illegally entering Thailand to find jobs but ended up being arrested in separate operations. They were repatriated on a voluntary basis after having gone through all legal proceedings.

Nine motored-powered boats were sent to a customs pier at Khao Nang Hong in tambon Pak Nam of Muang district, Ranong, to transport the illegal migrants to a port in their country.

The repatriation ceremony was chaired by Ranong governor Somkiat Sisanet around noon on Friday and attended by Ye Lin Htet, a Myanmar assistant labour attache based in Ranong.

On May 6, authorities deported 130 illegal migrants from Myanmar - 102 men and 28 women - who were earlier caught in Ranong to their country.

On April 10, a total of 145 Myanmar nationals - 85 men and 60 women - were sent back to their country in Ranong. They had been detained for entering the country illegally to find jobs. 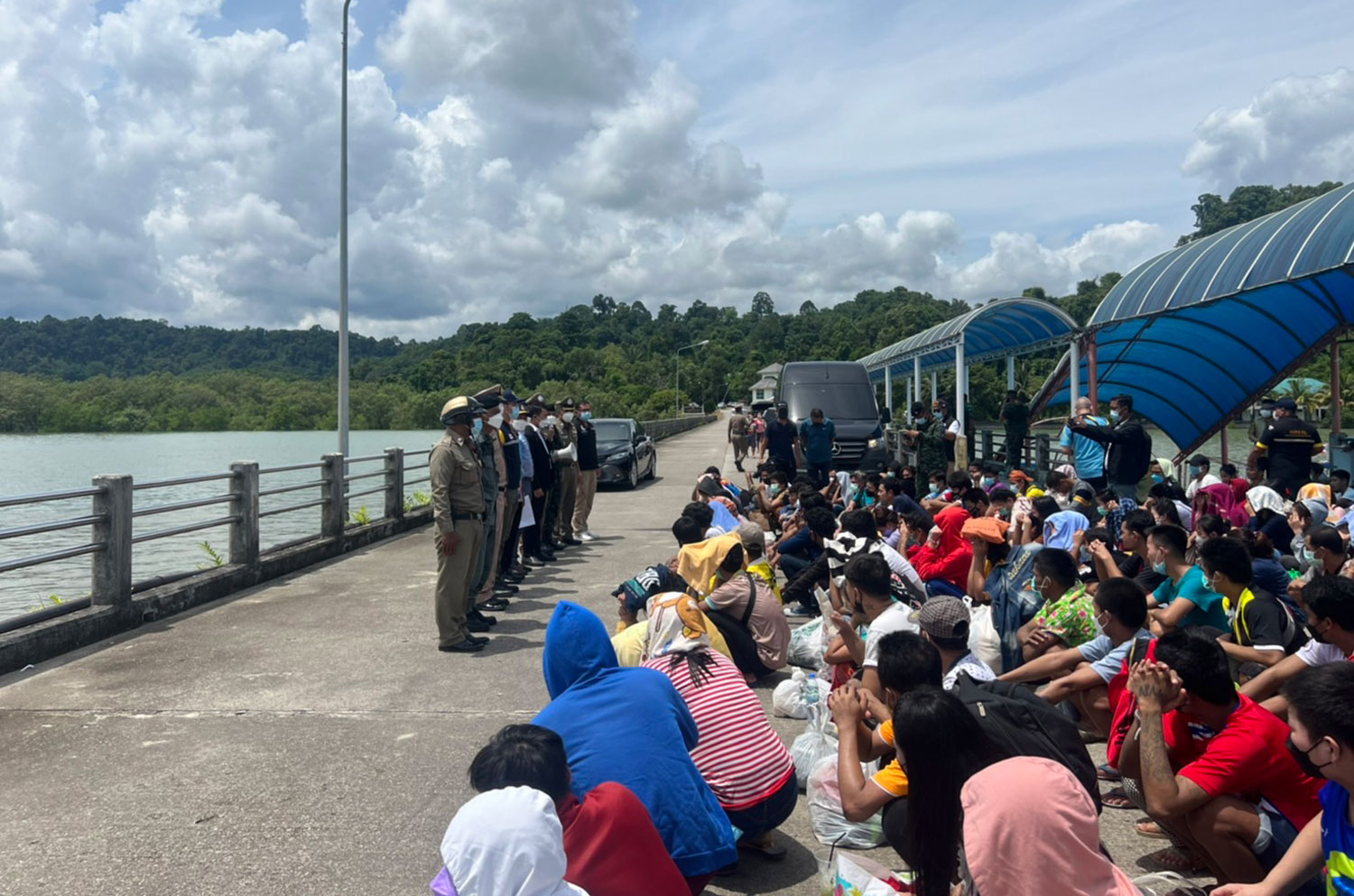 Officials prepare to send a group of 153 Myanmar nationals to their country from Ranong province. (Photo supplied)