Wreckage of the green garbage truck, destroyed when a bomb hidden in it exploded in Panare district, Pattani, on Monday night. (Photo: Abdullah Benjakat)

PATTANI: Three policemen were injured when a bomb hidden in a six-wheel garbage truck exploded near a road checkpoint in Panare district on Monday night.

The attack occurred about 9.15pm at Chantharak police checkpoint on Highway 42 at Moo 1 village in tambon Khuan.

An explosive ordnance disposal team sent to the scene reported the bomb was inside a green six-wheel garbage truck parked near the checkpoint and was detonated remotely.The truck was destroyed.

The garbage truck had been stolen from Langa tambon administration organisation in Mayo district.

Three policemen manning the checkpoint were injured and the checkpoint damaged. The adjacent Pattani land office, Panare branch, was also damaged and set on fire. The flames were soon extinguished.

Earlier on Monday night, in Yala, a motorcyclist hurled a small bomb into the operations base of the tambon Kota Baru protection unit in Raman district about 7pm. The rider sped off in the direction of tambon Kalo.

The bomb was caught by a net erected around the base, and exploded. It caused no damage. 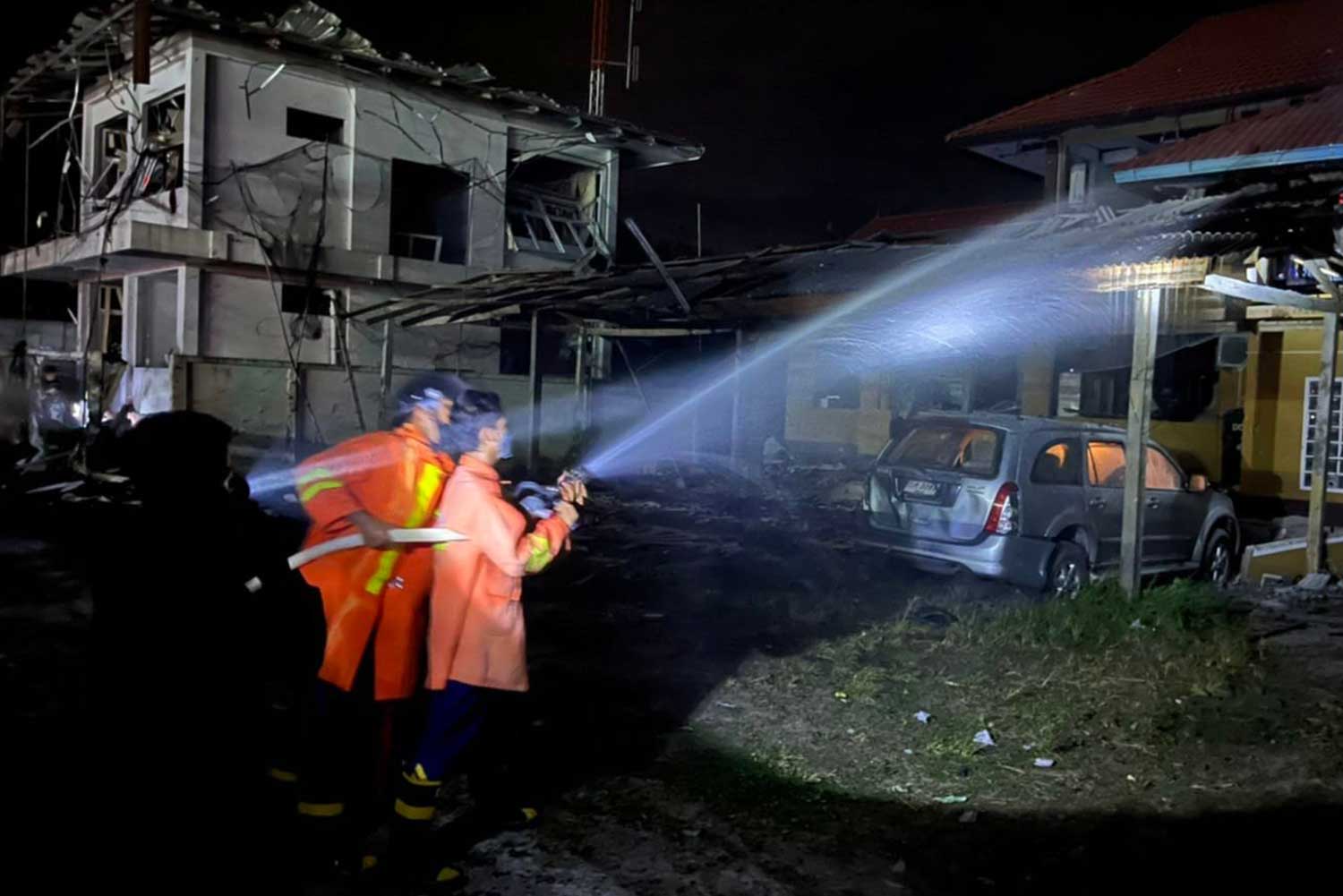