Police arrest Metha Chalingsuk, the 42-year-old owner of Daruma Sushi restaurant chain, at Suvarnabhumi airport on Wednesday morning after his arrival on a flight from Taiwan. He is accused of public fraud. (Photo supplied)

Police arrested the owner of the Daruma Sushi restaurant chain at Suvarnabhumi airport on Wednesday morning for alleged public fraud in the closure of its outlets and sale of discount vouchers.

Police said Metha Chalingsuk, 39, denied the charges and explained that his business had gone broke through lack of cashflow because of Covid-19.

He was detained after arriving on a flight from Taiwan about 11am and taken to the Consumer Protection Police Division (CPPD). Pol Lt Gen Jirabhop Bhuridej, commissioner of the Central Investigation Bureau, was there to question the suspect.

Mr Metha left the country alone on a flight to Dubai on June 16. The following day all 27 branches of Daruma Sushi closed their doors, citing a need to improve the company's server.

Daruma Sushi had offered e-vouchers for a salmon buffet at a steeply discounted 199 baht, from 499 baht. Salmon lovers snapped up the offer, with some buying more than 2,000 e-vouchers and reselling them at a profit.

Police believe as many as 10,000 people were drawn into the alleged scam and that total damage could exceed 100 million baht.

The CIB chief later told reporters Mr Metha was arrested at Suvarnabhumi airport about 11am and had US$20,186 in cash with him, about 710,000 baht.

Pol Lt Gen Jirabhop said Mr Metha was the sole authorised director of Daruma Sushi Co which was registered as a restaurant operator on Jan 12, 2016. It had 27 outlets including franchisees in Greater Bangkok.

The company had announced on Facebook it was selling 199-baht vouchers for  a Japanese buffet, and attracted a lot of buyers.

Pol Lt Gen Jirabhop said Mr Metha denied all charges and said the company lacked liquidity because of Covid-19 and sold the 199-baht vouchers in a bid to maintain its cashflow. The company finally went broke and he faced tough pressure to repay its accumulated debt of more than 100 million baht.

He fled to the United States via Dubai on June 16. The pressure on him continued and he decided to return to Thailand via Taiwan.

Pol Lt Gen Jirabhop said police were following money trails and there were thousands of victims in the case. Combined damage was more than 100 million baht.

A source said that Mr Metha’s restaurant business was loss-ridden and his default led vendors to stop supplying the chain's restaurants.

The source also said that the account of Daruma Sushi showed transactions worth about 303.45 million baht. It sold 174,177 vouchers worth  about 27.07 million baht via an app to 33,002 buyers. There was also damage put at 17.50 million baht on the franchisees of the chain. 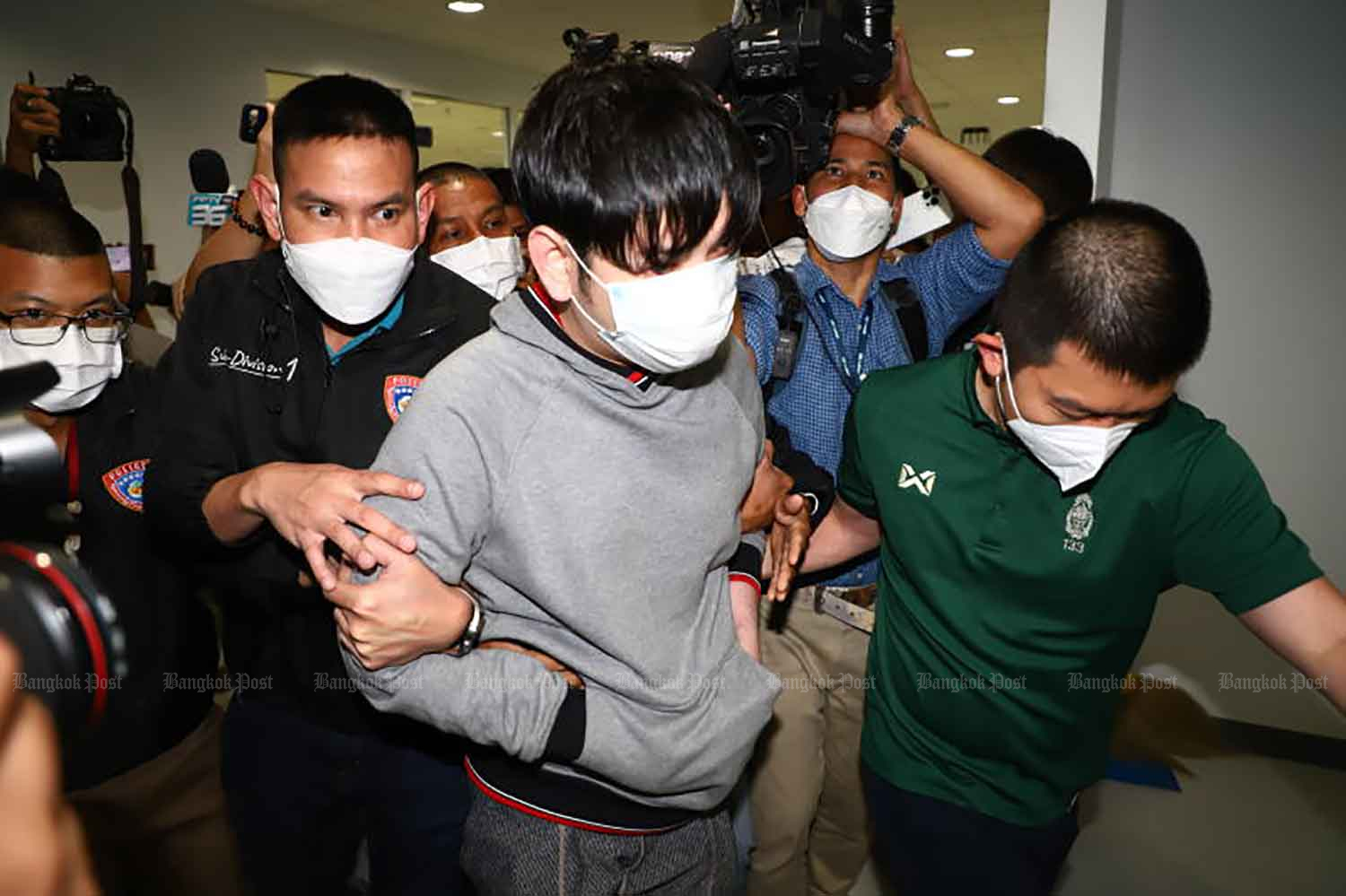 Prime Minister Prayut Chan-o-cha has invited the Chinese to scale up their investment in Thailand, saying the country's strategic location perfectly positions it as a hub for regional logistics.