Thai tourists are warned not to carry cannabis, hemp, or products with cannabis or hemp as ingredients into Japan. (Photo: Somchai Poomlard)

The Thai embassy in Japan has warned Thais not to carry cannabis, hemp and cannabis or hemp-based products into Japan or face punishment.

The embassy on Friday posted a warning on its Facebook page: "The Thai embassy in Tokyo would like to warn Thai people not to bring in cannabis, hemp or products containing with these plants into Japan. Violators could face punishment under the Japanese law."

Under the Japanese law, possession of cannabis and hemp for import and export purposes carries a jail term of up to 7 years, while possession of the weed for sale is liable to up to 10 years in prison and a fine of up to ¥3 million (about 786,200 baht), the embassy warned.

It also warned people to beware of receiving illegal items for delivery in Japan.

Thailand is the first country in Southeast Asia to delist the cannabis plant from the government's Category 5 narcotics list, following the publication of a Ministry of Public Health announcement in the Royal Gazette.

Earlier, the government issued new rules to limit access to marijuana and hemp to people at least 20 years of age, after the decriminalisation of cannabis since June 9 sparked many complaints.

Those under the age of 20 will not be allowed to own and use the plants, both of which are in the cannabis family, unless they have permission from doctors. 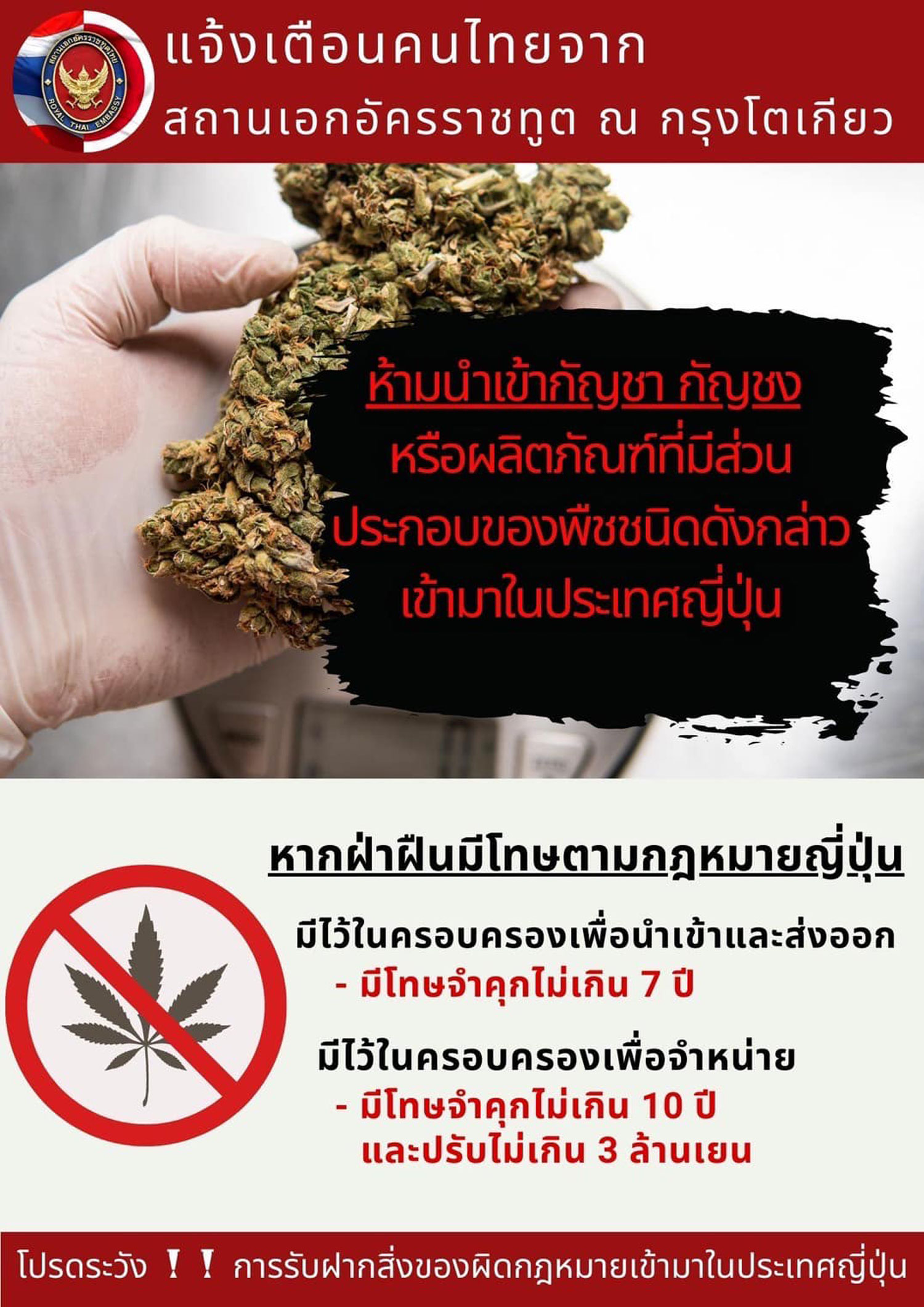