Cabin crew members pose for a selfie after arriving on a flight at Suvarnabhumi airport on Monday. With most entry rules to be lifted on July 1, the air travel recovery is expected to accelerate in the second half of the year. (Photo: Somchai Poomlard)

Thailand recorded 13 coronavirus-related deaths during the previous 24 hours, the Public Health Ministry announced on Tuesday morning, the fewest since Feb 7 this year, along with 1,761 confirmed new infections.

By comparison, 15 coronavirus-related fatalities and 1,735 new cases were announced on Monday morning.

Among the 1,761 new cases over the previous 24 hours, 1,757 were in the general population and four among arrivals from other countries.

Monday’s figures did not include 2,151 positive results from antigen tests. This would raise the total to 3,912.

Of those in hospital, 638 were seriously ill patients with lung inflammation (up from 610) and 290 dependent on ventilators (up from 286). 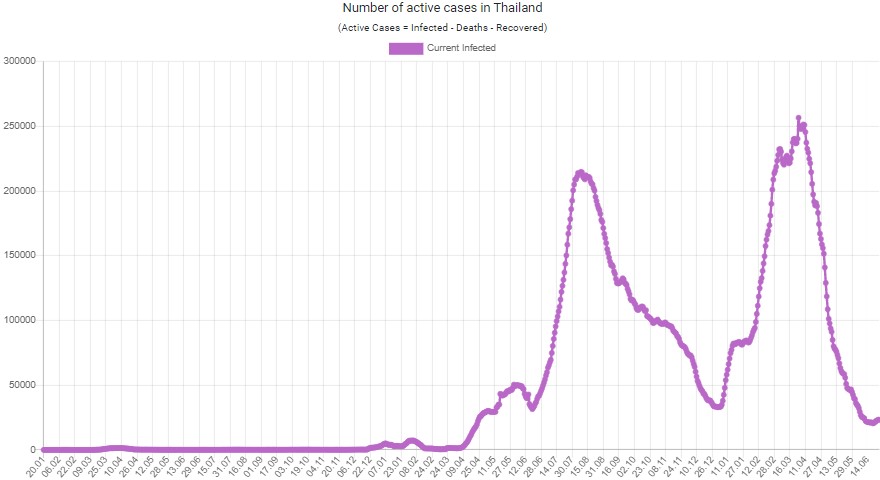 According to the Centre for Covid-19 Situation Administration (CCSA), the 13 people who died were aged from 57 to 91 years and included a French.

Bangkok logged no new deaths but there was one fatality in the adjacent province of Samut Prakan.

Other central plains provinces further from the capital had three new deaths - in Chon Buri (2) and Prachin Buri (1).

The Northeast saw five new fatalities - two in Sakon Nakhon and one each in Nakhon Ratchasima, Loei and Ubon Ratchathani.

The South had one new death in Phuket.

The accumulated death toll stood at 30,620 since the beginning of the pandemic, including 8,922 so far this year. 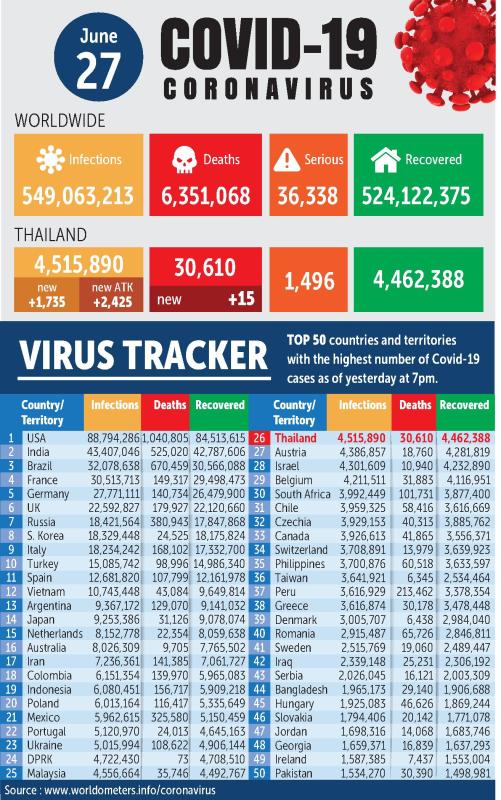