Police and a medic inspect the body of the 75-year-old man found dead on a road in Prakhon Chai district, Buri Ram. At first it looked like an accident, but police suspect foul play. (Photo: Surachai Pirangsa)

BURI RAM: An elderly man was found dead with head injuries and stab wounds to the neck on a roadside in Prakhon Chai district. Police detained his youngest son for questioning.

The man's body was found alongside Highway 24, the Chok Chai-Det Udom road, in tambon Paisarn, said Pol Lt Jirayu Tachongrat, deputy investigation chief at Prakhon Chai. The discovery of the body was reported around 5am on Wednesday.

The man was identified as Khamao Sophian, 72, a resident of tambon Paisarn.

He was found lying face-up with his legs on a pushcart. A fallen motorcycle was beside it. At first it appeared like an accident scene, police said.

But on examining the body, police and a hospital doctor found the man had a severe head injury, like having been hit with a hard object. He also had multiple knife wounds to his face and there were two stab wounds, to his neck and back of the neck.

Police suspected foul play. They thought he was killed elsewhere and his body left on the road to make it look like a car or truck hit him. His body was taken to Prakhon Chai Hospital for a post-mortem examination.

Police investigators later inspected Khamao’s house at Lalomphanu village in tambon Paisarn, and found what looked like dried blood in the house grounds and there were scuff marks like something had been dragged over the ground.

A partially burned mattress was found behind the house. There were two sharp, pointed knives inside the house, but no blood stains on them. (continues below)

Officers also found traces of blood on the road in front of the house and along the road to where the body was found, a distance of about five kilometres. This suggested that the man was murdered at the house and his body then taken to the scene of the staged accident.

Investigators subsequently detained Chatchawan Sophian, 28, the dead man's fifth son, for questioning.  Mr Chatchawan lived at the house with his father. The other sons live elsewhere.

During questioning, Mr Chatchawan denied killing or assaulting his father. He said his father dragged the mattress behind the house around 3am on Wednesday and then set fire to it. His father warned him to keep watch in case the fire spread to the house, and then left on a motorcycle.

Mr Chatchawan said he did not know where his father went until police came to his house and said he was dead. He insisted he had not killed his father.

Investigators were not convinced he was being truthful. They were about to take Mr Chatchawan to the police station for further questioning when Khamao's eldest son, Veerawat Sophian, 50, arrived at the house and immediately began angrily punching his young  brother.

Mr Veerawat told police that he believed his younger brother killed his father, who had told him about their frequent quarrels.

The police investigation was continuing. 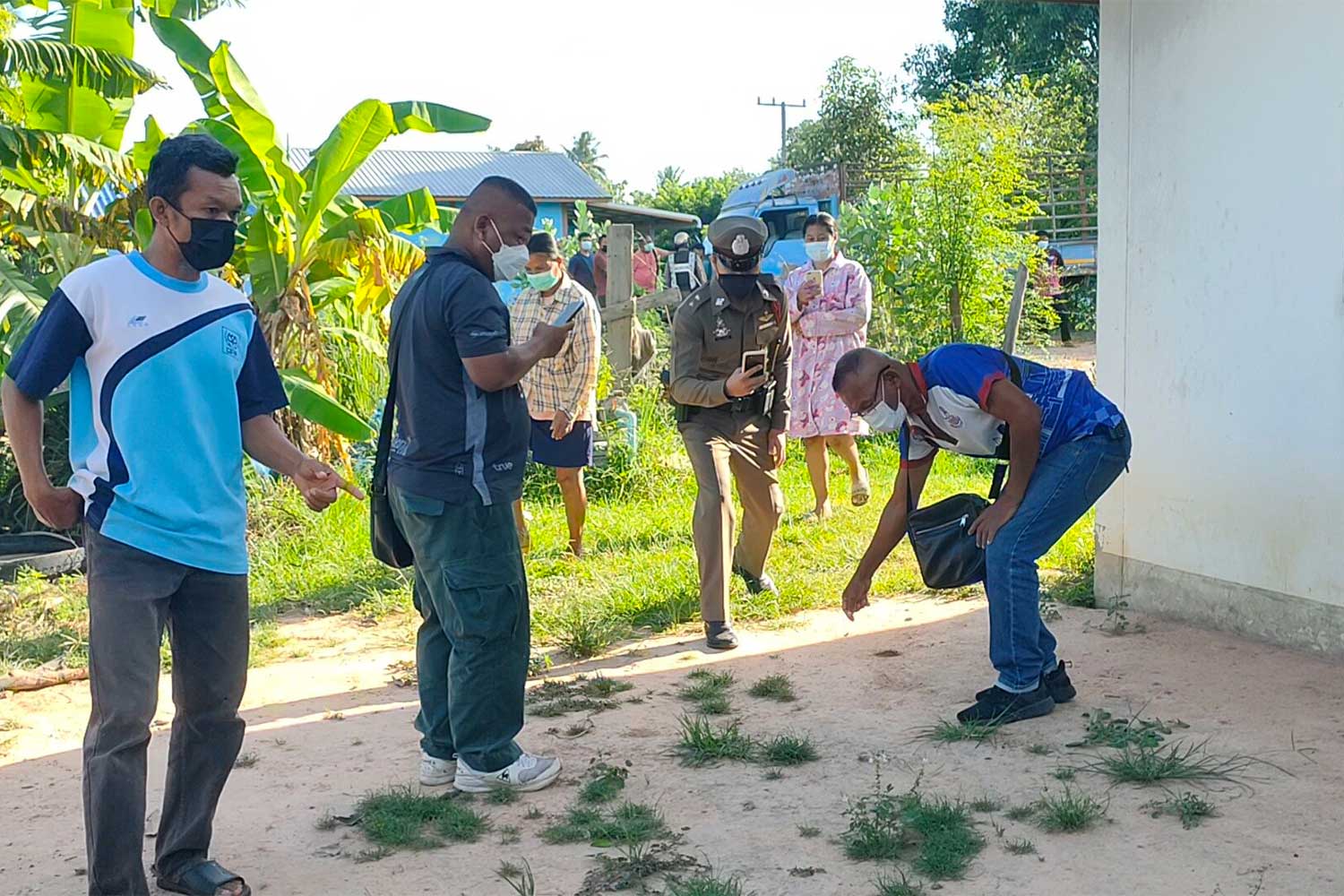