The intrusion of the jet fighter and loud explosions in Myanmar caused panic among villagers in the two Thai border villages, prompting them to take shelter in bunkers.

The source said many Myanmar villagers continued to flee into Thai territory in Phop Phra district following intensified junta attacks in their country. Sayant Wongjai, a local resident, said his pickup truck parked at an oil palm plantation at Ban Wao Lay village was damaged by shrapnel from the fighter jet. His vehicle was about one kilometre away from the Myanmar border.

Mr Sayant said he saw the fighter jet flying across Phop Phra district. When it launched air strikes along the border, loud bangs were clearly heard, he said.

Ms Juthanan Boonpornwong, 61, of tambon Wao Lay, said she had lived in Ban Wao Lay village for more than 30 years and had never seen such intense fighting with the use of aircraft to drop bombs.

She said the Myanmar army fighter jet flew over the border village, which is about one kilometre away from the border. The roar of the jet caused panic among the locals, she said.

AVM Prapas Sonjaidee, spokesman for the Royal Thai Air Force, said a military unit under the RTAF reported that one unidentified aircraft crossed into the air space over Phop Phra district at 11.16am on Thursday. The jet launched air strikes on ethnic rebels along the border and intruded into Thailand’s air space before it disappeared from the RTAF’s radar system.

The RTAF deployed two F-16 fighter jets to conduct air patrols over the border district and ordered a military attache in Rangoon to coordinate with concerned agencies in Myanmar about the intrusion.

ACM Napadej later phoned his Myanmar counterpart over the incident. The Myanmar air force chief apologised and said there would be no recurrence of the incident, said the source. 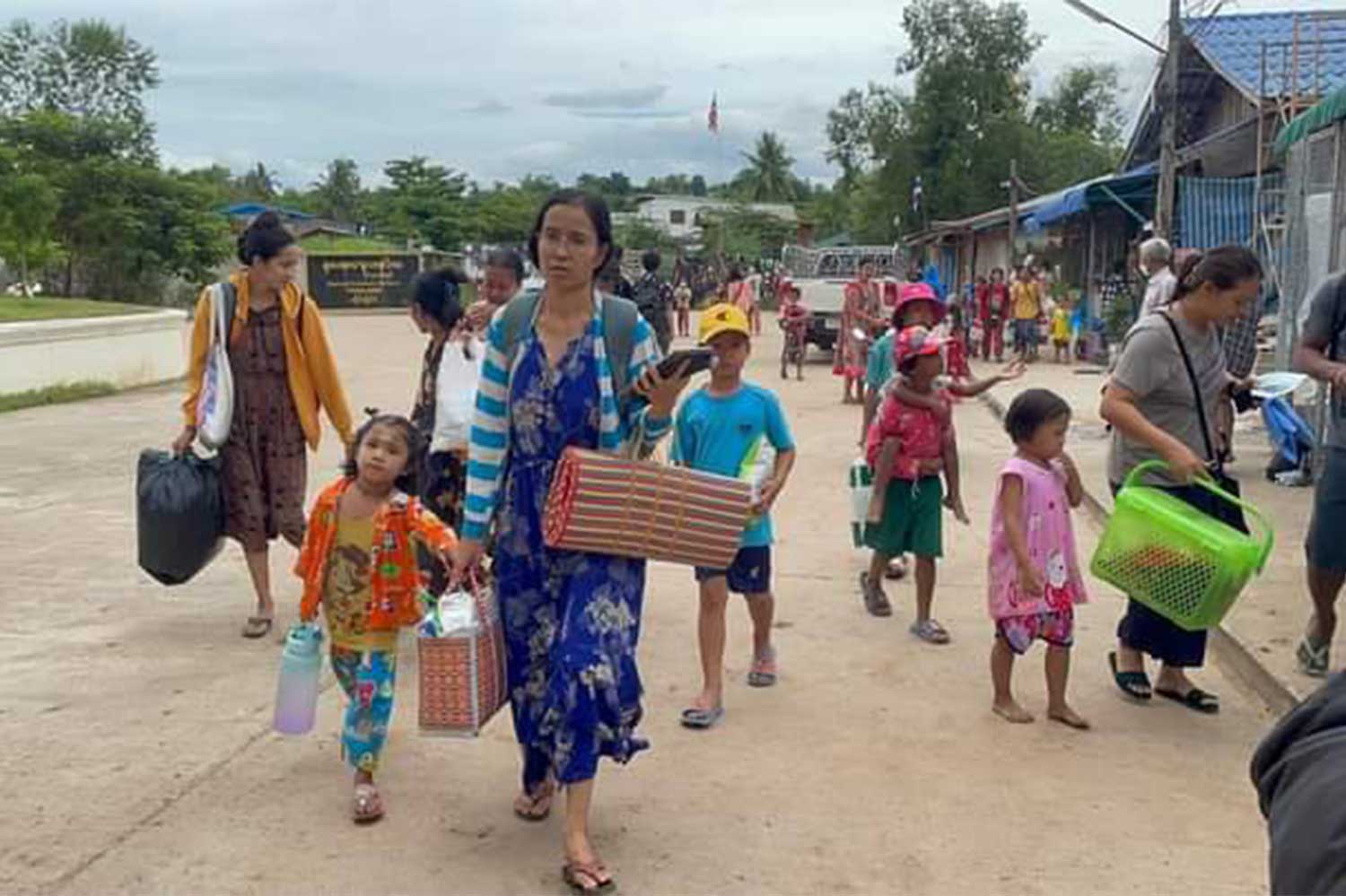