Saranya Faknuam, 35, the alleged leader of the SN77 drug gang, is arrested at her house in Nonthaburi. Her boyfriend was also arrested. (Photo supplied)

A woman who is the alleged leader of a major drug network and her drug felon boyfriend were arrested and assets worth more than 100 million baht seized from her in Nonthaburi on Friday.

Officers from the Narcotics Suppression Bureau, Provincial Police Region 1 and a military intelligence unit, raided 10 locations on Friday - three  in Bangkok, five in Nonthaburi and two in Saraburi.

It was part of a police operation against a major drug gang known as  “SN77’’ ordered by Pol Gen Roy Inkhapairoj, a deputy national police chief.

There, they arrested Saranya Faknuam, 35, the alleged leader of SN77, and seized assets, including   luxury cars and watches, worth more than 100 million baht. 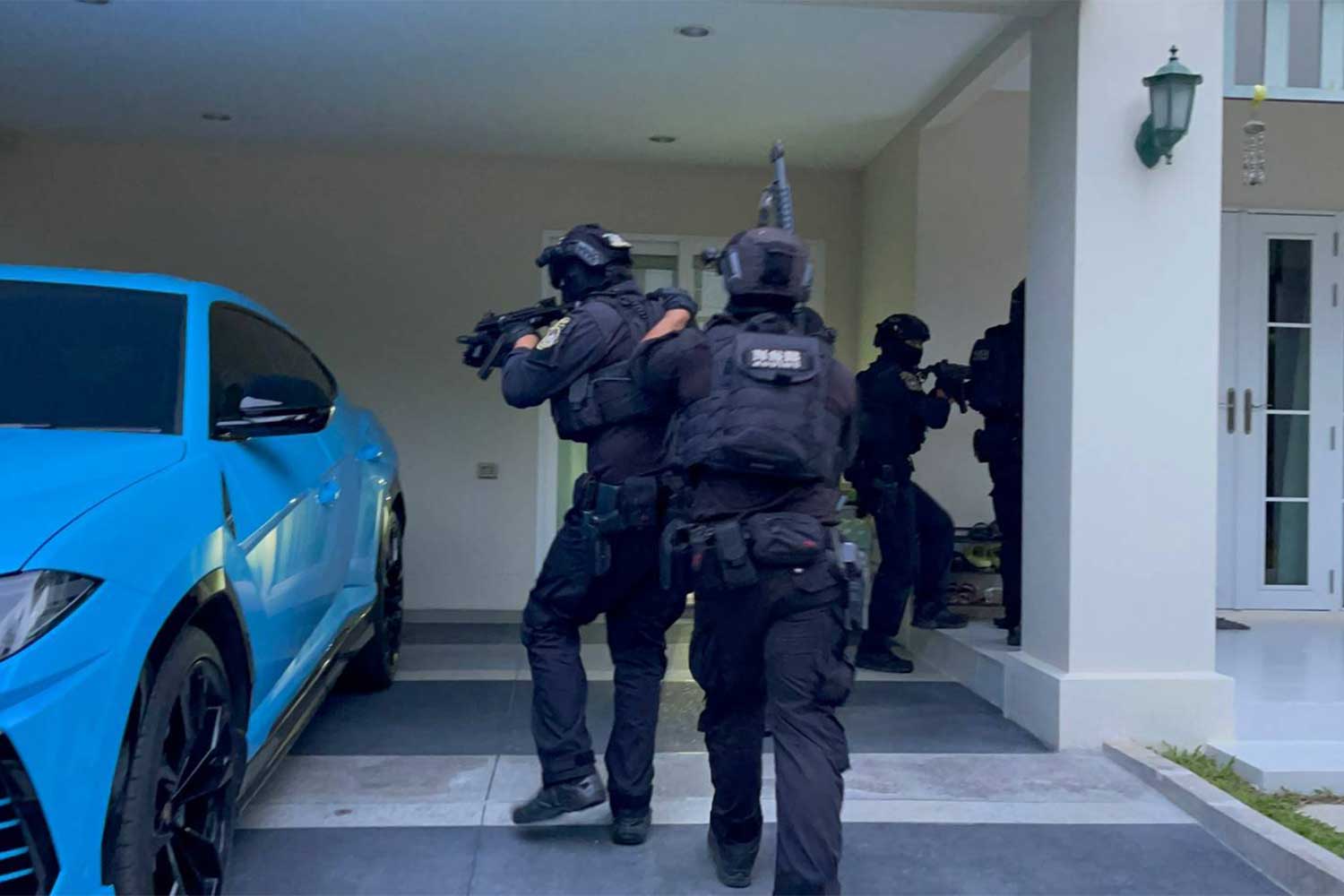 Narcotics suppression officers at the house of the alleged drug gang leader in Nonthaburi on Friday. (Photo supplied)

Pol Lt Gen Sarayut Sa-nguanpokthai, chief of the Narcotics Suppression Bureau, said the operation  stemmed from the arrest by NSB officers and Bangkok police of two drug suspects with 5 million speed pills and 120 kilogrammes of crystal methamphetamine on Dec 13, 2017.

Investigators extended the investigation and found evidence that Ms Saranya was the leader of the SN77 drug gang.

The woman was wanted on an arrest warrant issued by the Criminal Court for collusion in offences involving illicit drugs and having category 1 drugs (methamphetamine and crystal meth) in possession with intent to sell, Pol Lt Gen Sarayut said.

Mr Chokphiphat was charged with aiding and abbeting another person in the commission of offences, Pol Lt Gen Sarayut said.

According to the NSB chief, Ms Saranya, as leader of SN77,  had links with networks based in a neighbouring country that supplied her gang with large quantities of drugs.

Mr Chokphiphat was released from prison last year after serving a sentence for drug offences. His job was allegedly to contact local drug networks and deliver drugs to agents in Bangkok and surrounding provinces.

The pair had allegedly laundered money from the drug trade by buying luxury cars, amulets and luxury watches.

A police source said NSB police also arrested two suspects in another drug case and seized from them 700,000 methamphetamine pills and a pickup truck in Mukdahan province.

Sirichai Khongnam, 31, and Komen Srisakham, 24, were apprehended at a petrol station in Muang district in a police sting set up by an undercover agent. 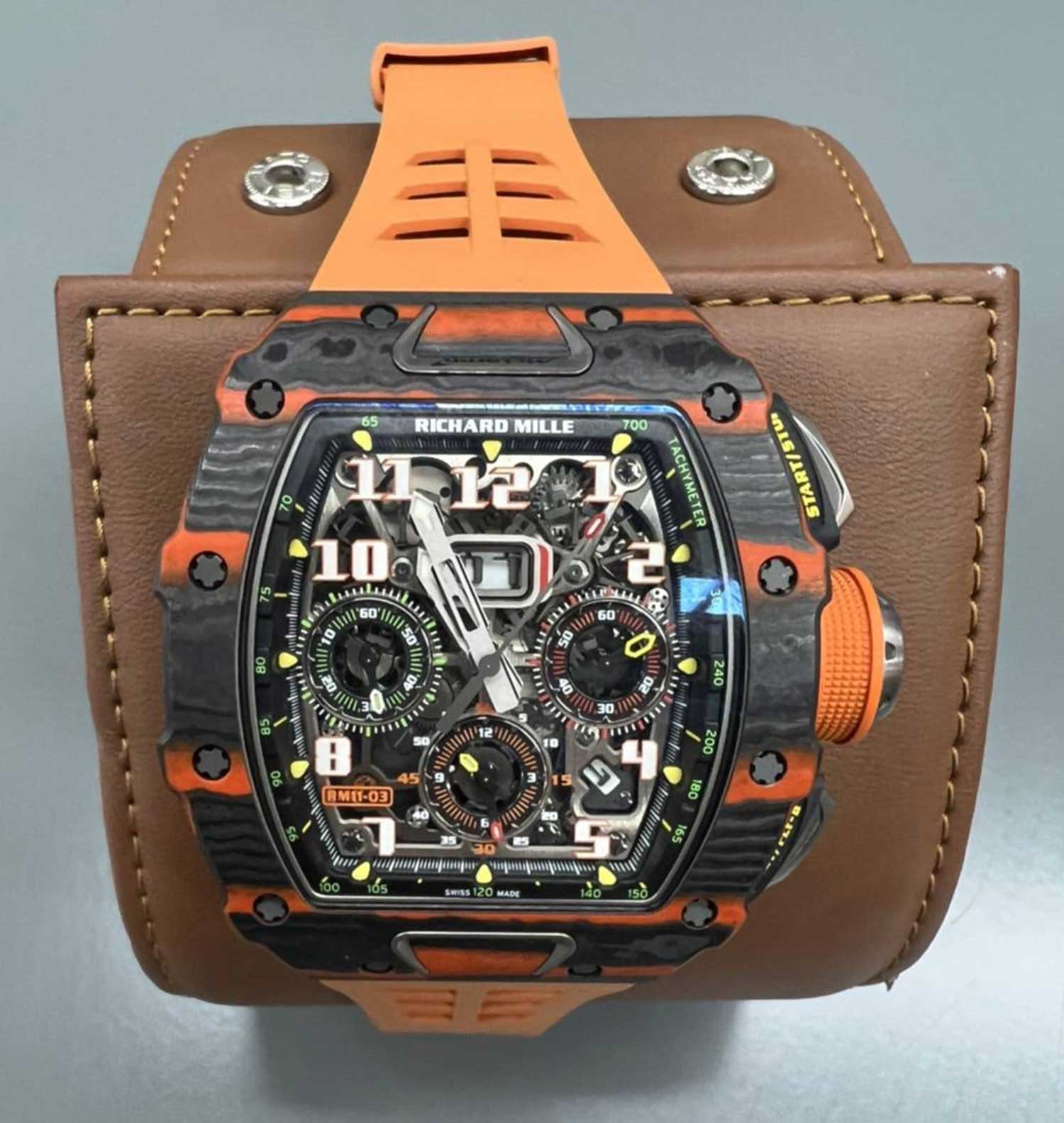 A 20-million-baht Richard Mille watch seized during the raid on the home of the alleged leader of the SN77 drug gang.. (Photo supplied)