An excavator clears storm debris from a flooded section of a bypass in Lom Kao district, Phetchabun, during pouring rain, after forest runoff triggered by heavy rain hit the district on Wednesday morning. (Photo: Sunthorn Kongvarakhom)

Heavy rain in most of the country is expected to continue into Thursday, with strong storm winds forecast to whip up waves in the upper Andaman Sea and the Gulf of Thailand.

The Meteorological Department said on Wednesday that a strong monsoon trough lies across the North into a lower-pressure cell over the Northeast of Thailand. The strong southwest monsoon prevails over the Andaman Sea and the Gulf of Thailand. Rain is forecast in all five regions.

Heavy to very heavy rain is expected in the North, the Northeast, the Central Plains including Bangkok and its vicinity, the East and the South.

The department said strong wind waves in the Andaman Sea and the upper Gulf are likely to be 2-4 metres high and more than 4 metres during thundershowers.

Waves in the lower Andaman Sea are expected to be 2-3 metres high and more than 3 metres high during thundershowers.

Waves in the lower Gulf are likely to be about 2 metres high and more than 2 metres high during thundershowers, said the department.

In Nakhon Si Thammarat, a total of 343 houses were damaged when strong storms pounded Phrom Khiri district on Tuesday.

District chief Kriangsak Raksrithong said  the storms started early in the morning and continued into the afternoon and were particularly fierce in a valley containing many villages in tambons Phrom Lok and Thon Hong of Phrom Khiri.

Many durian, mangosteen and rubber trees were blown down. Houses were damaged, some of them destroyed, as residents evacuated to safe areas. Electricity was cut off to villages where power poles were brought down by falling trees. 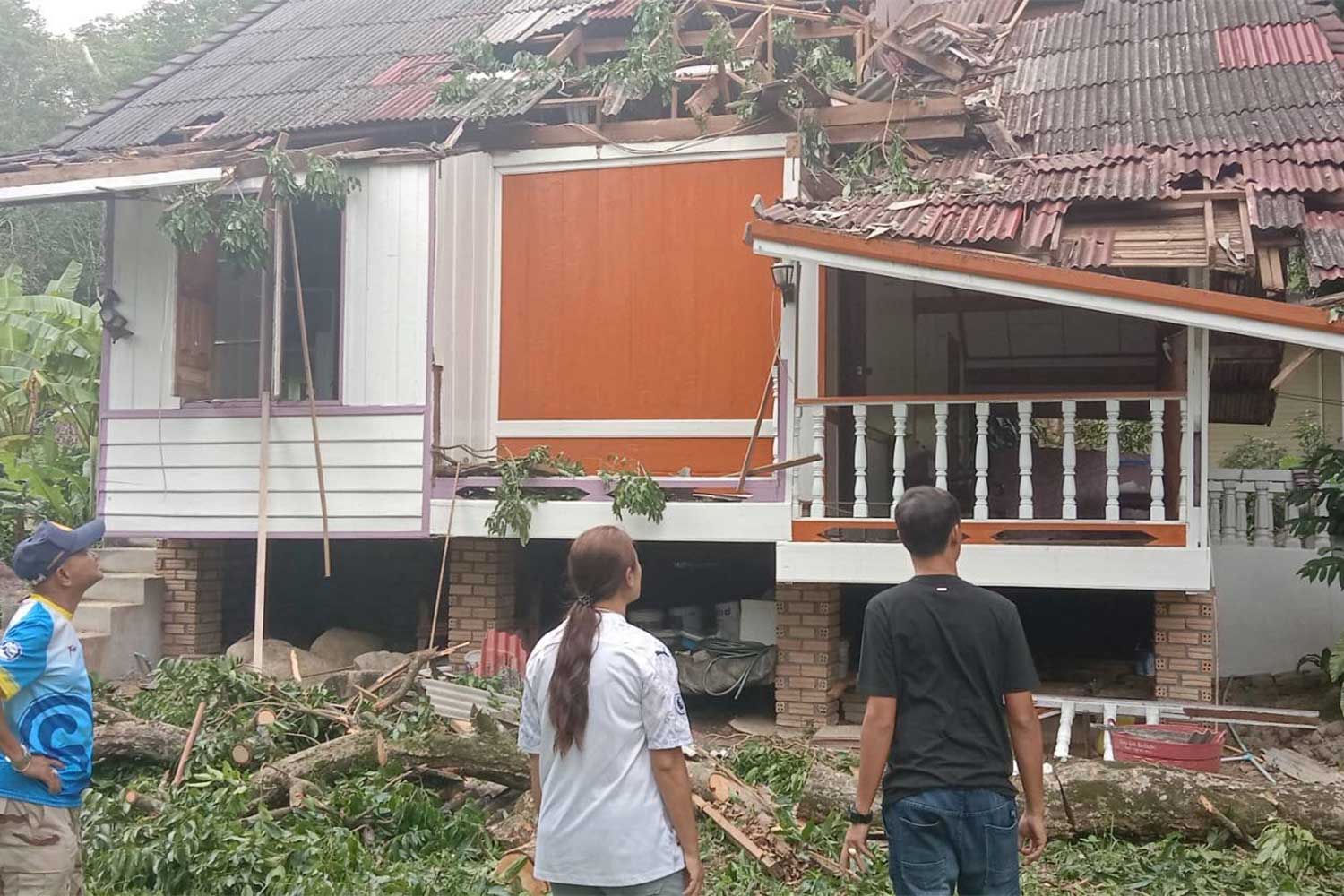 Residents survey the damaged roof of a house in Phrom Khiri district of Nakhon Si Thammarat on Wednesday, after storms pounded the area on Tuesday causing damage to 343 houses. (Photo: Nujaree Rakrun)