Crewmen found clinging to a raft of lifebuoys on Wednesday morning after their small fishing boat capsized during a storm in the sea off Trat on Thursday night. (Photo: Jakkrit Waewkraihong)

TRAT: The seven crewmen of a fishing boat that capsized during a storm were rescued on Wednesday morning after nine hours in the wave-tossed sea clinging to lifebuoys.

The Thailand Maritime Enforcement Command Centre Region 1 at Koh Kut received a call for help about 11.30pm on Tuesday. The small Thai-owned fishing boat Chokmanasnan 1 had capsized in a storm off Koh  Kut and its seven crew were in the sea, desperately holding on to a raft of lifebuoys and hoping for rescue.

A navy patrol boat, Tor 227, was dispatched from the pier in Khlong Yai district to search for the crew.

About 8am on Wenesday, the seven men - the Thai captain and six Cambodians - were plucked from the sea to safety. They were taken ashore at Khlong Yai pier and rushed to Khlong Yai Hospital for health checks.

All were exhausted after nine terrifying hours overnight, adrift in the storm tossed sea off this east coast province.

Manop Luang-on, chief of the Trat Marine Office, said a warning had been issued for fishing boats of less than 10 gross tonnes to not go out to sea because of the stormy conditions. Larger boats could still go out, but were advised to stay tuned to weather reports.

Small passenger boats plying between the islands and speed boats should stay ashore until at least Thursday, he said. 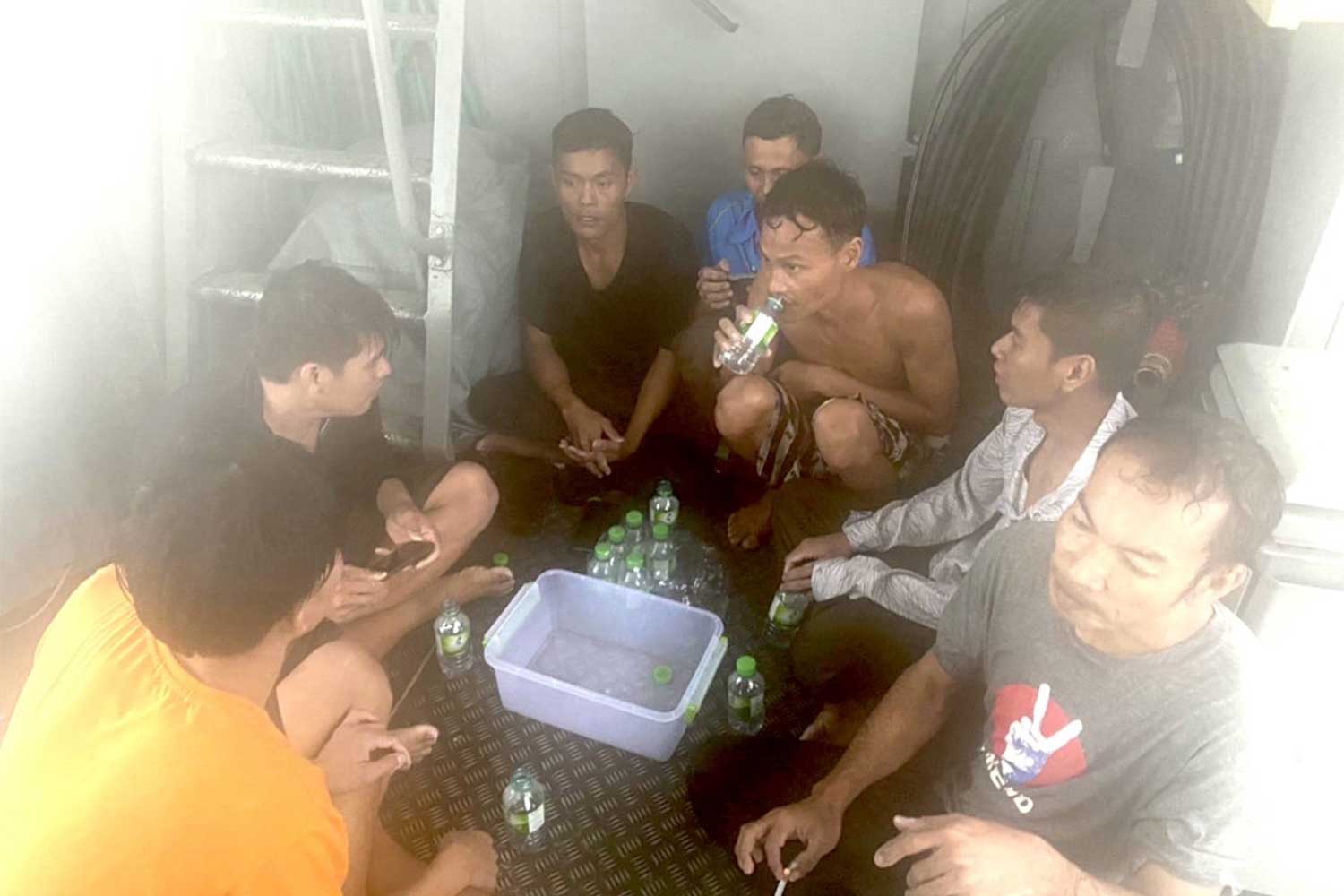 All the crew were rescued and safe. (Photo: Jakkrit Waewkraihong)