Thick smoke billows from the burning passenger boat, about 5 kilometres off the coast of Chumphon on Wednesday afternoon. (Photo: Chumphonkarnkusolsongkhoh foundation Facebook page)

Passengers were reported injured by an explosion and fire aboard a passenger ferry on the Chumphon-Koh Tao route, in the sea about 3 kilometres off the Chumphon coast, on Wednesday afternoon.

Other passengers jumped into the sea.

There was an explosion on the ferry, operated by Lomprayah Co, around 2.30pm.

Police said the engine exploded. The fire spread from there, Thai media reported.

The explosion occurred near Koh Thong Lang, about 3 kilometres off the coast.

All passengers and crew were rescued. Some passengers were slightly injured. There were no deaths, said Mr Phuripat.

An investigation into the cause of the fire was being launched. 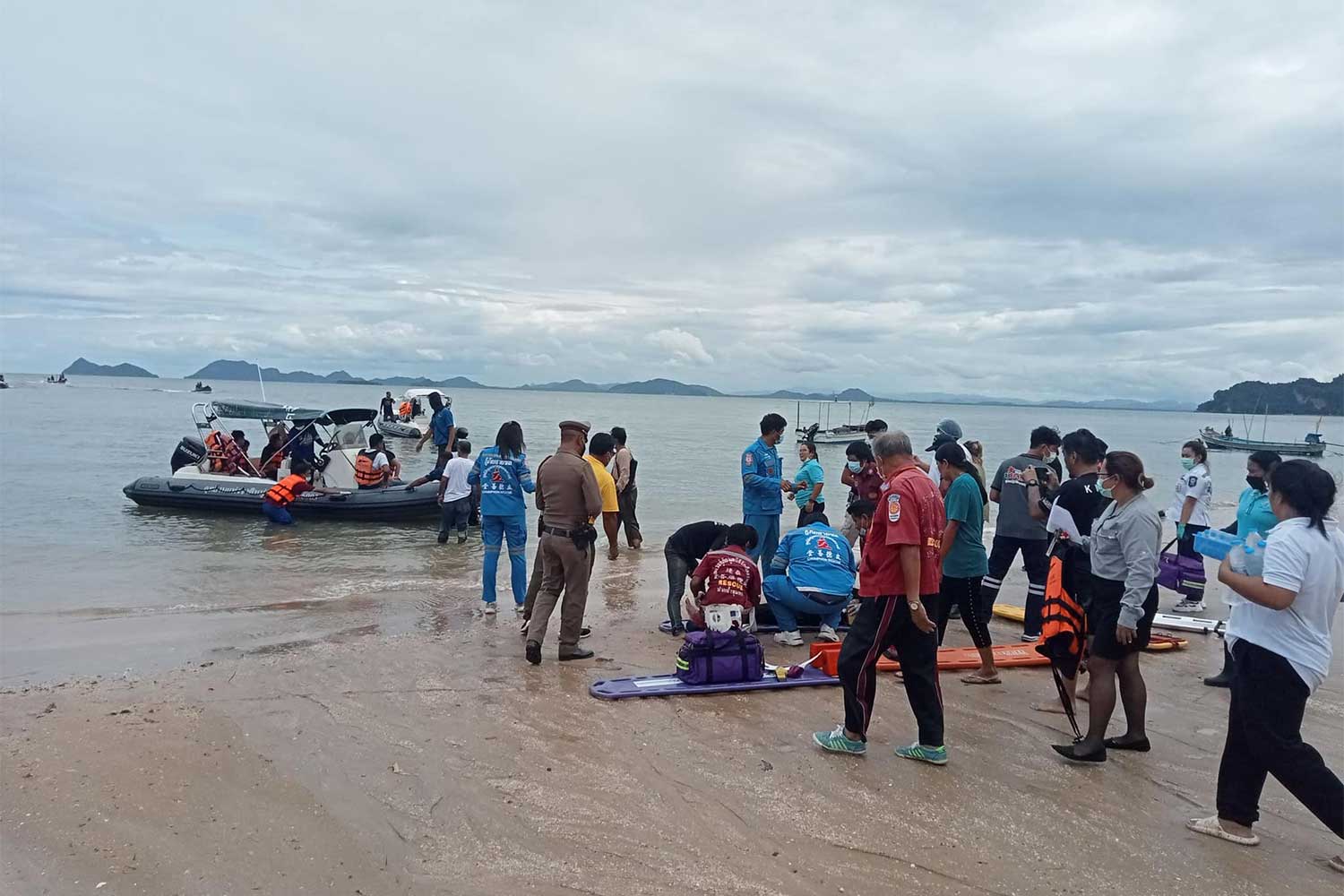 The ferry, operated by Lomprayah Co, explodes and catches fire off the coast of Chumphon province. Eighteen passengers were injured and rescued. (Photos: Chumphonkarnkusolsongkhoh foundation Facebook)
TRENDING
Do you like the content of this article?
COMMENT (4)
MORE IN SECTION