A motorcyclist wades through a flooded section of On Nut Road in Suan Luang district, Bangkok, on Thursday morning. (Photo: Pornprom Satrabhaya)

They included Sukhumvit 26 and Sukhumvit 39 roads, a section on Lat Phrao Road from Chao Khun Sing Canal to Lat Phrao 122 Road, sections of Pattanakan Road, Sukhumvit 71 Road and a section of Srivara Road.

According to the Meteorological Department's forecast, more rain was expected in Greater Bangkok on Thursday due to the strong monsoon trough in the North and the Northeast and the monsoon over the Andaman Sea, the South and the Gulf of Thailand. 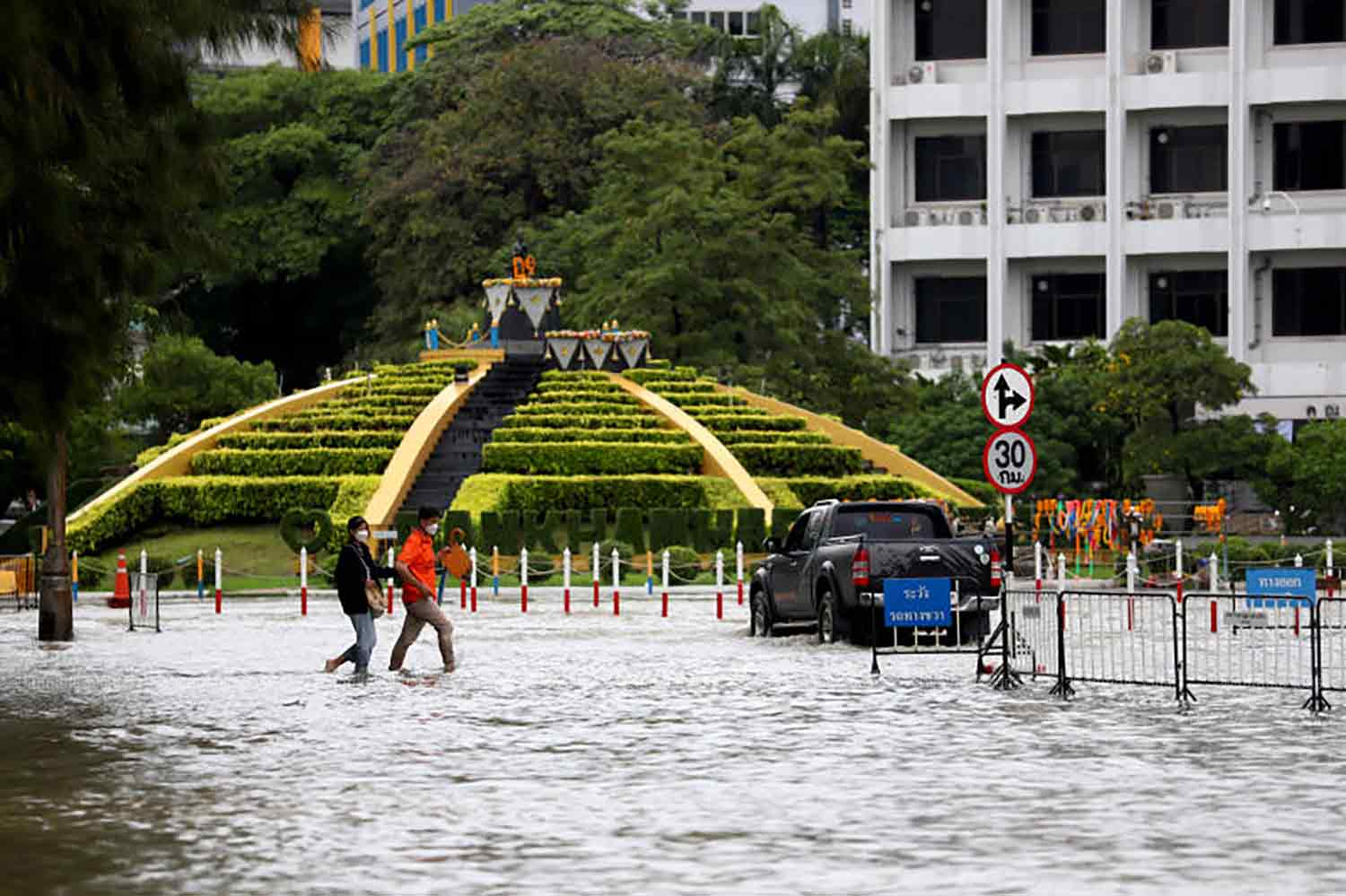