Concrete slabs hang loosely from the parapet of a flyover above Rama II Road in Muang district of Samut Sakhon on Wednesday morning. Motorists reported it to highway police, who promptly closed the traffic lanes beneath. (Photo: Highway police)

SAMUT SAKHON: More lanes were closed on Rama II Road on Wednesday, to allow the removal of loose-hanging concrete slabs from a flyover, while another section that had been closed by Sunday night's U-turn bridge collapse was reopened.

Local highway officials said there were marks showing a tall vehicle had hit the flyover. The concrete surface had cracked, exposing the steel reinforcing. The damaged pieces were removed for public safety and the road reopened.

The lanes had been closed since Sunday night when an outer beam fell from the bridge, killing two people and injuring two others. The official investigation is expected to take two weeks.

Highways Department director-general Sarawut Songwilai said officials would check the remaining structure of the 29-year-old U-turn bridge and decide whether it could be maintained or should be replaced. 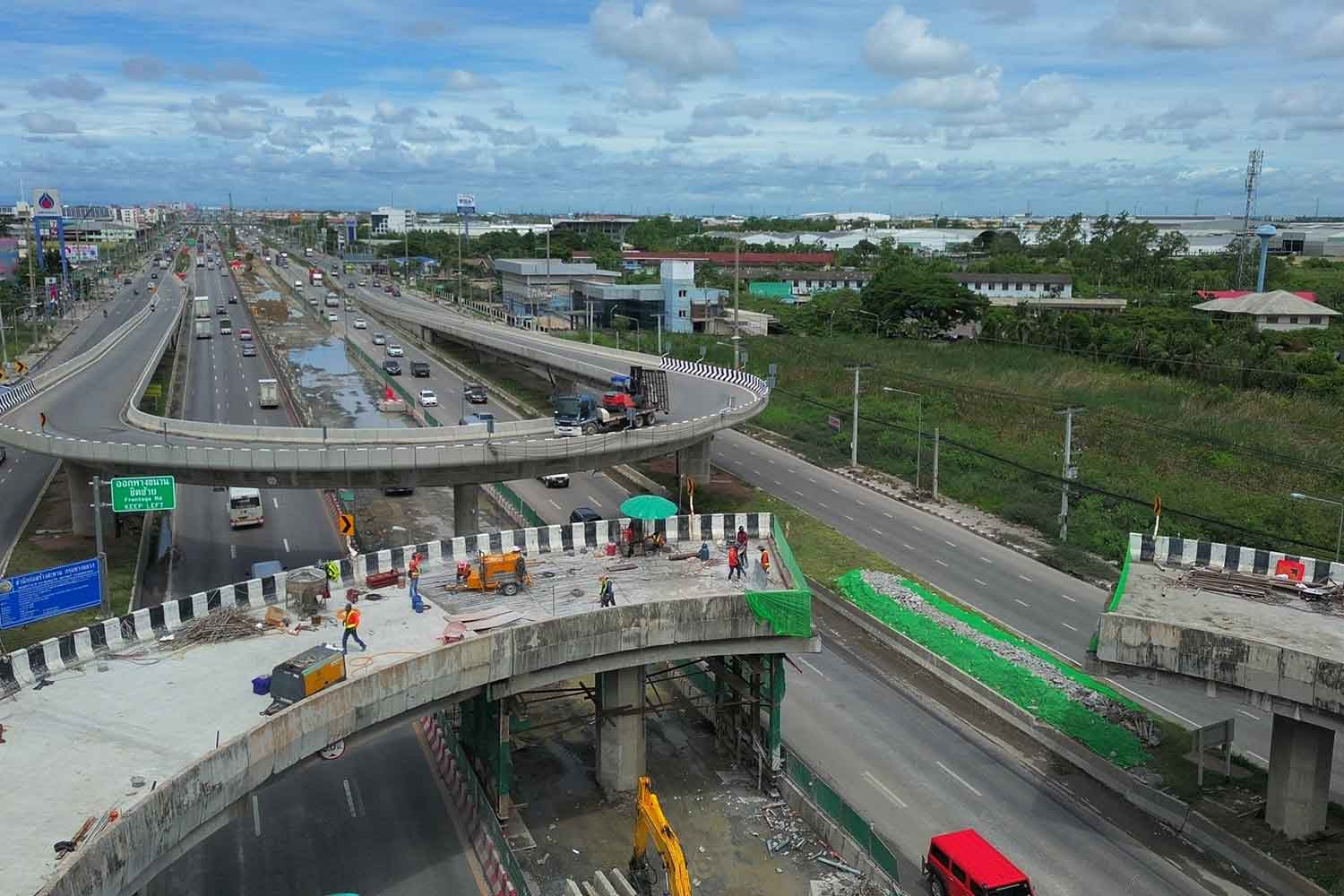 The remaining beams were removed from the U-turn bridge on the Rama II highway that partially collapsed on Sunday night and the express lanes were reopened to traffic on Wednesday morning. (Photo: Department of Highways)