PATTAYA: The Pattaya Provincial Court on Monday approved the conditional release on bail of the owner of Mountain B pub, where a fire claimed 15 lives and injured 38 other people early Friday morning.

Pongsiri Panprasong was released on a cash surety of 300,000 baht, placed by his lawyer Anucha Wongsrisat. The 27-year-old pub owner must wear an electronic monitoring bracelet and not attempt to tamper with any evidence in the case. He has to report back to the court in 24 days, and twice more after that.

Police took him from Phu Ta Luang police station in Sattahip district of Chon Buri, where he has been held since Saturday, to the court in Pattaya, where they applied to detain him for another 12 days to allow further investigation. Police opposed bail.

The court approved the defence counsel's application for his client's temporary release.

Mr Pongsri, who is known as "Sia B", was charged with negligence causing deaths and operating a nightspot without permission. He confessed to both charges. 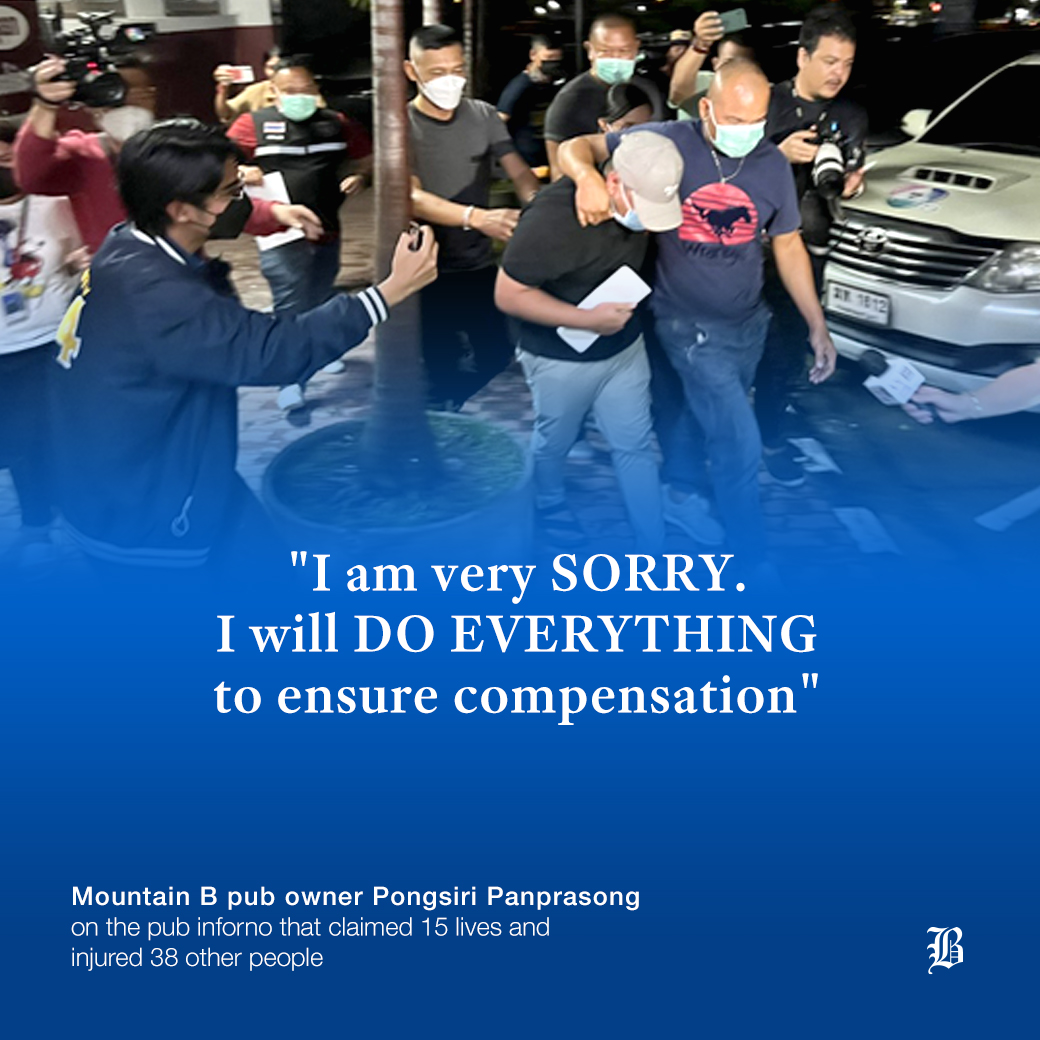 "I am very sorry. I will do everything to ensure compensation. I will compensate everyone," he said from a police van before departing the Satthahip police station for the court.

The inferno at Mountain B on Friday morning killed 15 people and injured 38. There were about 100 patrons inside at the time. The blaze started in a roof above the stage, but the cause has not been determined.