Runoff from the Petchabun mountain range pours over a bridge across Khlong Chompoo in Noen Maprang district of Phitsanulok after heavy rain in the northern province on Tuesday. About 20 nearby families were evacuated to Wat Ban Chompoo. (Photo: Chinnawat Singha).

More heavy rain was forecast to continue in 43 provinces, covering all regions, on Tuesday, with flood warnings.

The Meteorological Department said the active monsoon trough lies across the North and upper Northeast of Thailand and into a tropical depression over the upper South China Sea.

Meanwhile, a rather strong southwest monsoon prevails across the Andaman Sea and the Gulf of Thailand.

With these conditons, heavy to heavy rain was expected toconrtinue in parts of the North, the Northeast, the Central Plains, the East and the South on Tuesday. The weather office warned of possible flash floods and water courses overflowing.

The Department of Disaster Prevention and Mitigation said on Tuesday that heavy rain on Sunday and Monday had triggered flash floods in 10 provinces, affecting 362 households in 98 villages.

The affected provinces are five in the North (Chiang Mai, Mae Hong Son, Lampang, Phitsanulok and Phetchabun), two in the Northeast (Loei and Maha Sarakham) and three in the East (Prachin Buri, Chanthaburi and Trat)

On Tuesday, a storm hit two districts in Songkhla, Thepha and Singha Nakhon, affecting 74 households in four tambons. No injuries were reported, the department said. 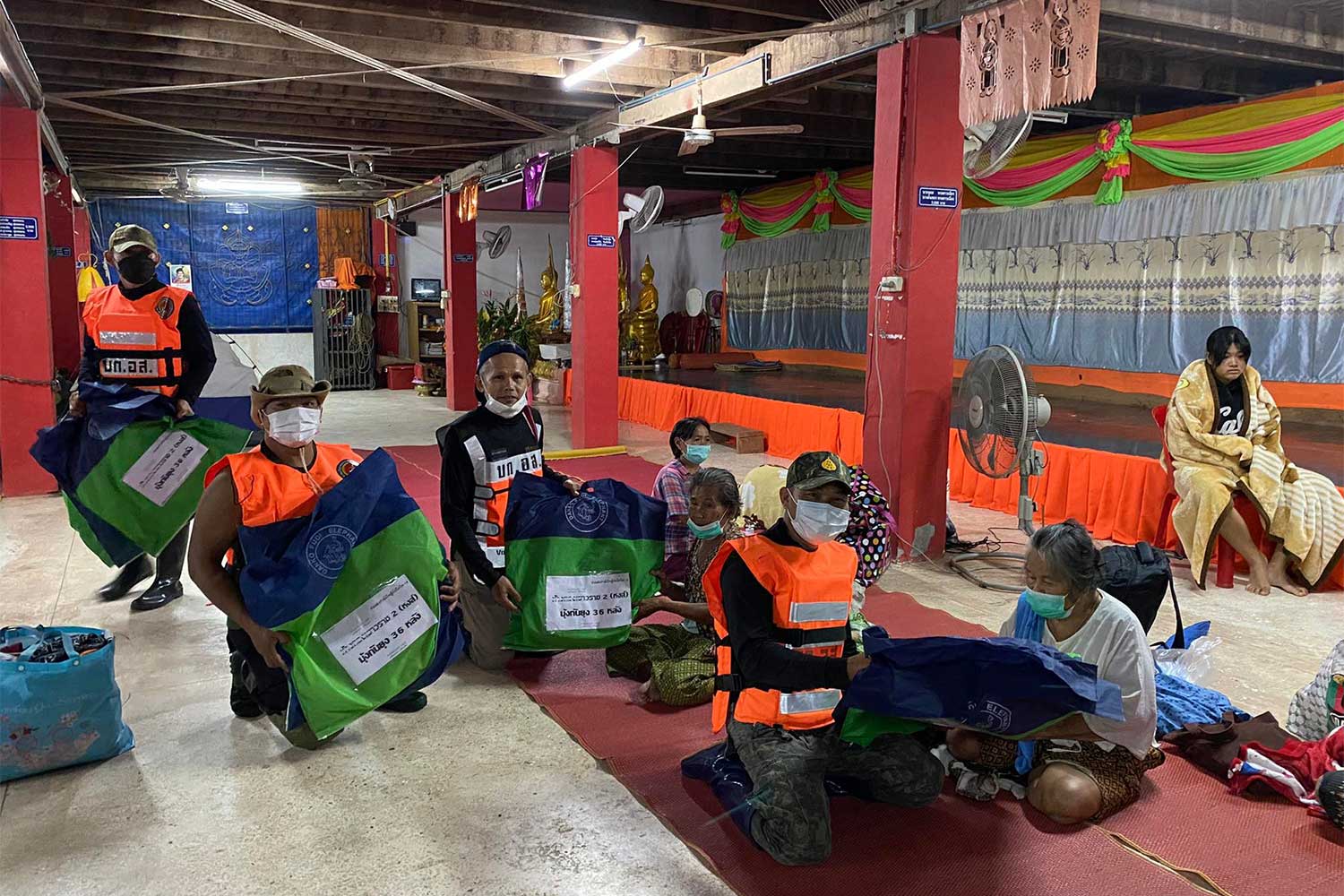