The fleeing delivery truck, right, is finally halted on the side of a road in Ayutthaya province after a 100-kilometre police pursuit from Samut Prakan on Tuesday night. (Photo supplied)

A delivery truck driver who sped through a checkpoint on Tuesday night sparked a 100-kilometre police pursuit, and was then found to have only a single methamphetamine pill in his possession.

The fleeing truck hit about 10 other vehicles along the way before being brought to a halt by a burst tyre, according to police.

Pol Capt Pinit Kaewboonruang, an investigator at Samrong Nua in Samut Prakan, said the drama began about 10pm at a checkpoint on Srinagarindra Road in tambon Samrong Nuea, Muang district.

Police signalled a white Hino delivery truck to pull over for a search.

The driver did not stop, but sped off through the checkpoint. Police give chase, suspecting the vehicle had  a cargo of illegal goods.

At Moo 3 village in tambon Ban Ma in Ayutthaya's Bang Sai, one of the truck's tyres burst, forcing the driver to stop the vehicle on the roadside.

The driver, Nathapol An-am, 46, left the truck through the left passenger window and jumped. He landed in a pit full of water and was quickly collared by pursuing police.

Police searched his pockets and found one tiny plastic bag in his pants, containing a single meth pill. Nothing else illegal was found in the truck.

Mr Nathapol and the truck were taken back to Samrong Nua police station in Samut Prakan.

He allegedly confessed during police questioning that he took one meth pill before starting his delivery run and kept another pill in a pocket of his trousers.

Mr Nathapol said he sped through the checkpoint because he was fearful of being caught driving under the influence. He said he was unaware his truck allegedly hit and damaged about 10 other vehicles during the police chase.

Late on Tuesday night, owners of vehicles they said were damaged by the fleeing truck gradually showed up to file complaints at Samrong Nua police station.

Mr Nathapol was initially charged with driving under the influence, causing damage to property and illegally having drugs in possession. 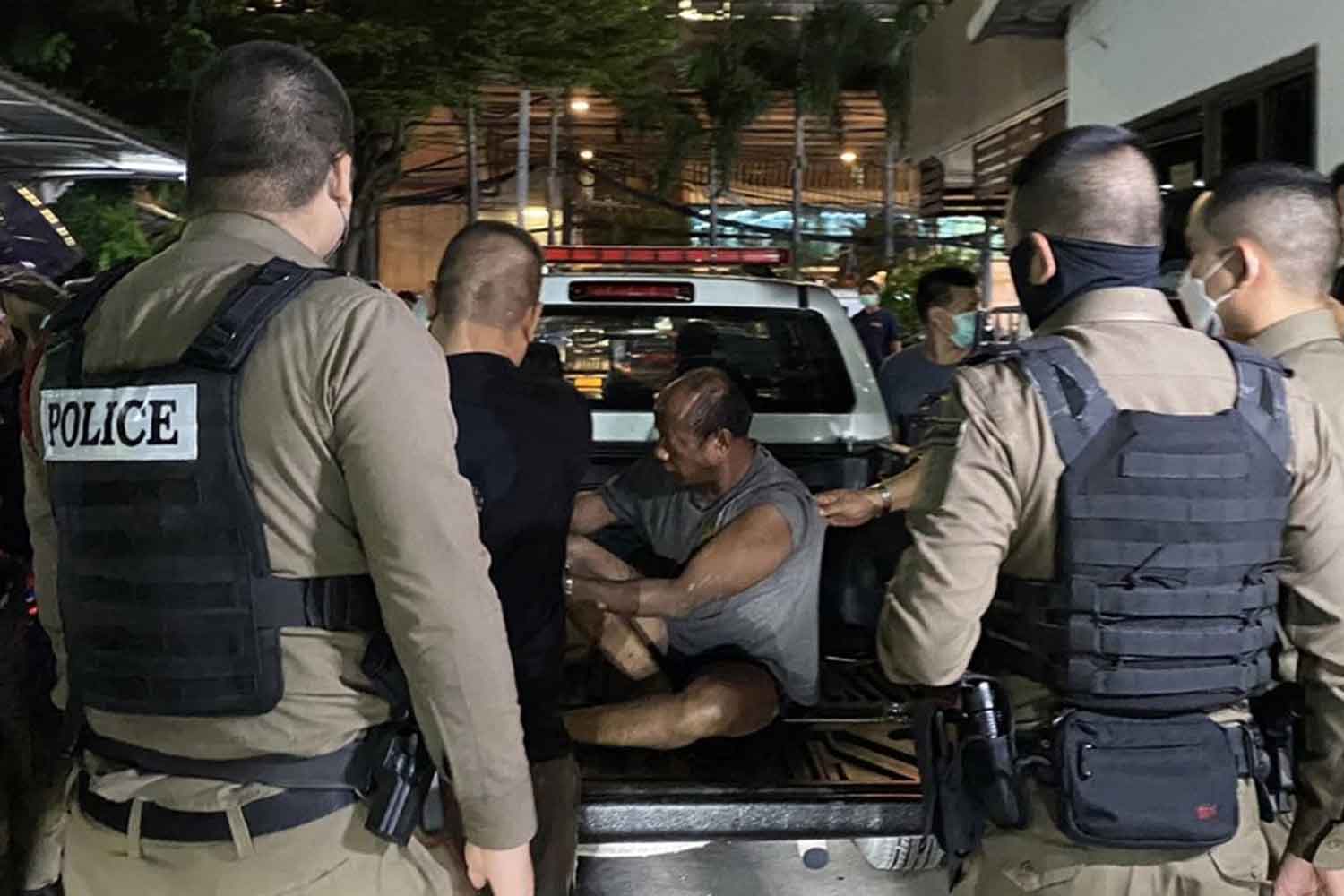