Protesters shout slogans during a march in Colombo on Tuesday, one month after a massive protest forced then Sri Lankan president Gotabaya Rajapaksa to flee the country and step down. (Reuters photo)

Rajapaksa fled to Singapore on July 14, via the Maldives, following unprecedented unrest triggered by Sri Lanka's worst economic crisis in seven decades and days after thousands of protesters stormed the president's official residence and office.

The retired military officer then resigned from the presidency, becoming the first Sri Lankan president to quit mid-term.

The former president is expected to leave Singapore and go to Bangkok on Thursday, two sources said, asking not to be named.

Sri Lanka's foreign ministry did not immediately respond to requests for comment.

Rajapaksa has not made any public appearances or comments since leaving Sri Lanka, and Singapore's government said this month that the city-state had not accorded him any privileges or immunity.

Some critics and protesters also accuse Rajapaksa and his family of mishandling the economy during his term as president, leading to the country's worst financial crisis since independence from Britain in 1948.

Rajapaksa's successor, Ranil Wickremesinghe, has previously indicated that the former president should refrain from returning to Sri Lanka in the near future.

"I don't believe it's the time for him to return," Wickremesinghe told the Wall Street Journal in an interview on July 31. "I have no indication of him returning soon."

If Rajapaksa returned to Sri Lanka, he might not be protected under law if any charges were filed against him, legal experts have said. 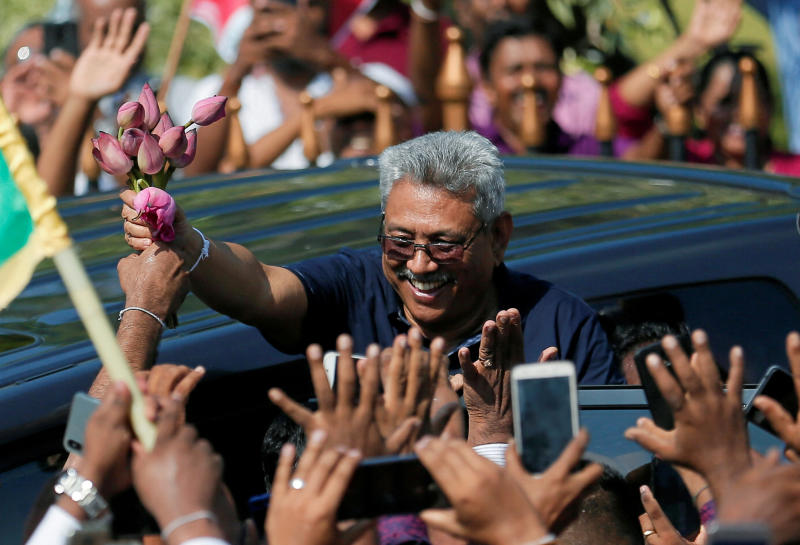