A car was heavily damaged on Rama II Road in Bang Khun Thian district late Thursday night when a canvas filled with rainwater fell from an incomplete elevated road structure.

Thichakorn Phothalay, 33, said the water-filled sheet pounded her car while she was driving on an outbound expressway lane on Rama II Road.

The impact caused a startling thump on the roof and windscreen of her Ford Fiesta, but she managed to stop the vehicle safely, Ms Thichakorn said.

While the driver was able to emerge unharmed, she found the heavy sheet crushed the roof and windscreen of her car. The sheet was previously hanging from an incomplete structure of the elevated road and likely fell under the weight of rainwater trapped inside, she said.

Owner of the vehicle, Nitiphan Wongraksa, 38, posted dash cam footage of the incident to social media, explaining he had lent his girlfriend the car so she could drive back from her studies.

There were many similar sheets heavily logged with rainwater along the route, and his girlfriend was fortunate to have not been hurt in the incident, Mr Nitiphan said.

Due to not having car insurance, the two will have to negotiate compensation from the elevated roadway’s contractor.

Itthiwat Krisanawanit, bridge construction director for the department, explained that protective sheets are used to cover parts of the project to prevent such falls.

To prevent a recurrence, officials have decided to pierce holes in the protective sheets to drain any rainwater, he said. 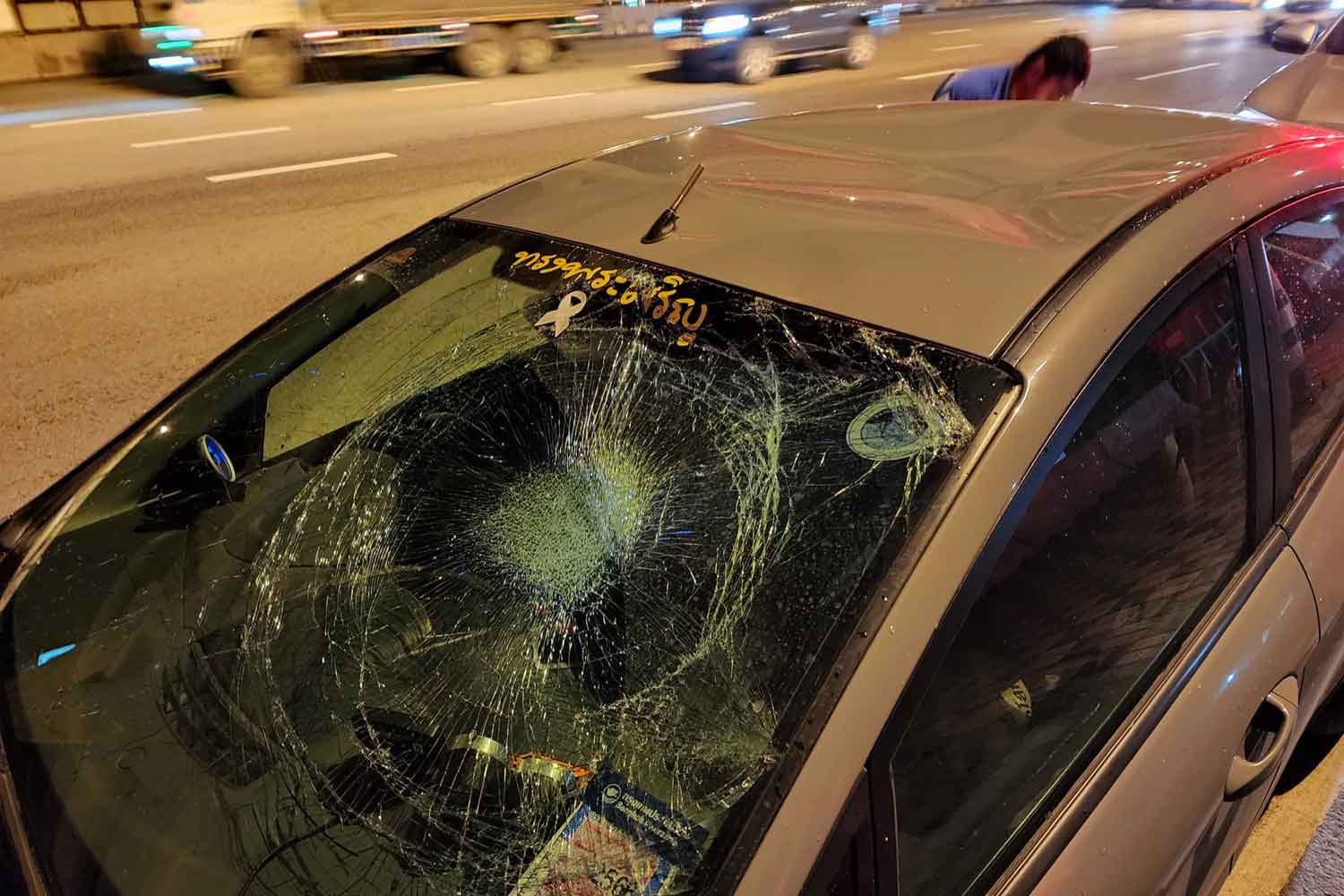 The car was damaged after being hit by a large amount of rainwater falling with a protective sheet on Rama II Road in Bang Khun Thian district, Bangkok, on Thursday night. (Photo: Facebook page of Nitiphan Wongraksa)