Somyos Panprasong, wearing a white cap, at Phlu Ta Luang police station where he surrendered on Tuesday morning to hear charges in connection with the Mountain B pub fire. (Photo: Chaiyot Pupattanapong)

PATTAYA: The real owner of Mountain B pub, Somyos Panprasong, surrendered to police on Tuesday after a court warrant was issued for his arrest in connection with the horrific fire there on Aug 5.

Mr Somyos, 55, was accompanied by lawyer Jakrit Jindarat when he reported to Phlu Ta Lung police in Sattahip district, Chon Buri, about 10am on Tuesday.

He was charged with recklessness, causing deaths and injuries, and opening and operating an entertainment venue without permission. He initially denied the charges.

Mr Somyos was being detained by police for questioning.

To date the blaze has claimed 19 lives, with many more patrons suffering from critical burns.

The Pattaya Court on Monday issued a warrant for the arrest of Mr Somyos, police said.

The warrant was issued after police obtained solid evidence that Mr Somyos is in fact the owner of and investor in the pub, which was run by his son Pongsiri Panprasong, 27.

A team of police were reportedly sent to Mr Somyos'  house in Soi Thamwithaya 1 in tambon Sattahip to execute the warrant on Tuesday morning. There were unconfirmed reports then that he planned to surrender. 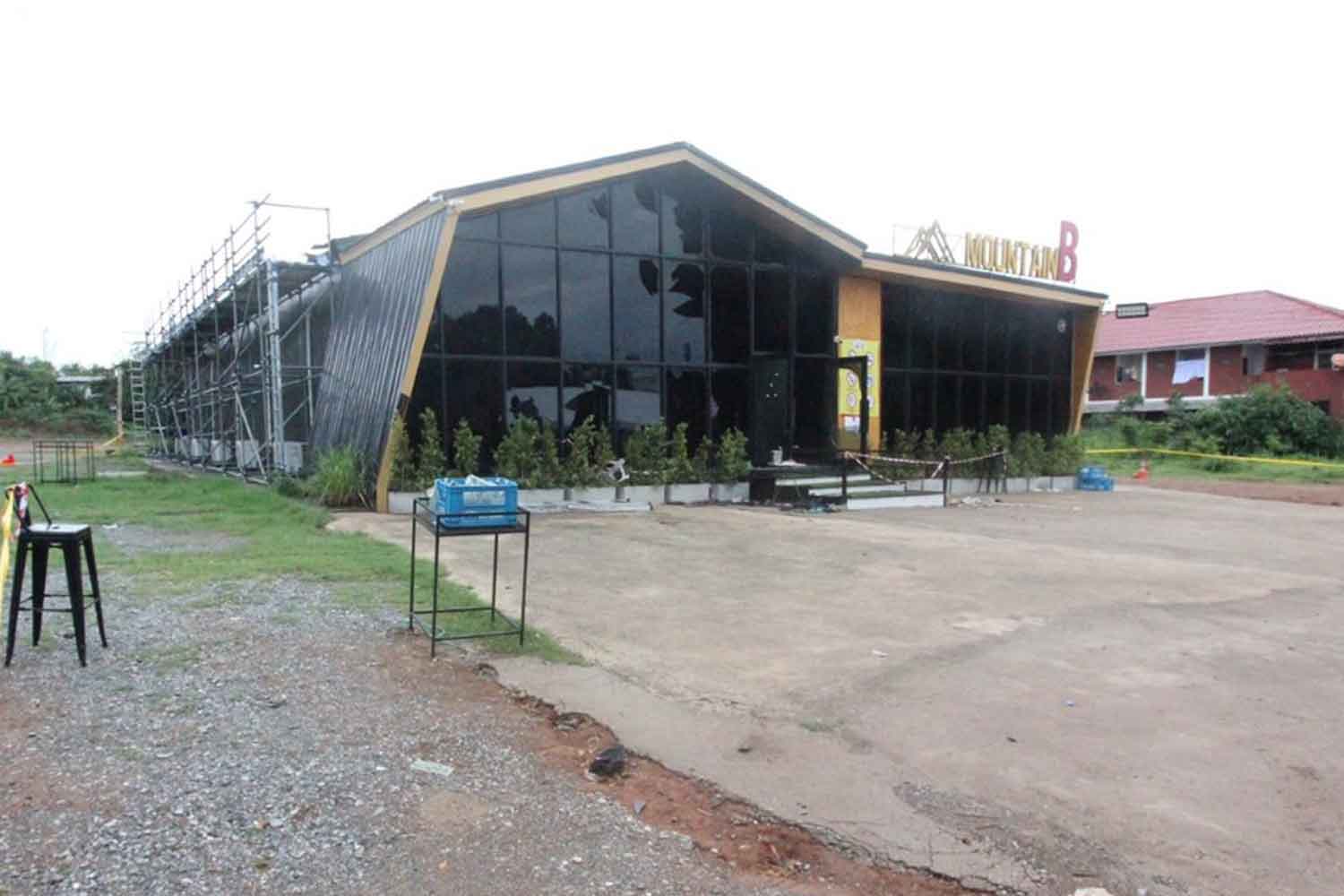 The exterior of the fire-gutted Mountain B pub in Sattahip district, Chon Buri province, on Tuesday. (Photo: Chaiyot Pupattanapong)