A worker flags motorists away from the steel mould that fell onto the express lane of Rama II Road in Bang Khun Thian district, Bangkok, on Tuesday. (Photos: Highways Department)

Another construction accident has added to the hazards motorists have faced recently on Rama II Road, with steel moulding falling from an elevated road onto a passing car on Tuesday afternoon.

It was the third serious construction accident on the main highway to the south in three weeks, and comes after contractors were ordered to step up safety measures.

The Highways Department said a length of steel moulding used for concrete fell from an elevated road under construction in the middle of Rama II Road in Bang Khun Thian district about 3.30pm on Tuesday.

It crashed through "Safety First" barriers and hit the side of a white Honda Civic car in an adjacent outbound express lane of Rama II Road.

According to the department, the accident happened while workers were moving steel moulds to improve safety at the construction site.

No one was injured and the contractor promised compensation for the damage.

Highways Department director-general Sarawut Songwilai had ordered an investigation into the latest accident, which occurred despite his previous instructions emphasising the need for safety, the statement said. He would punish the contractor and the supervisor concerned.

The department apologised for the safety issues on Rama II Road.

The safety bungles began on the night of July 31 when two people were killed by a beam that fell from a U-turn flyover in Muang district of Samut Sakhon.

A few days later some lanes of Rama II Road were closed to allow the removal of loose-hanging concrete slabs from a flyover also in Samut Sakhon's Muang district. 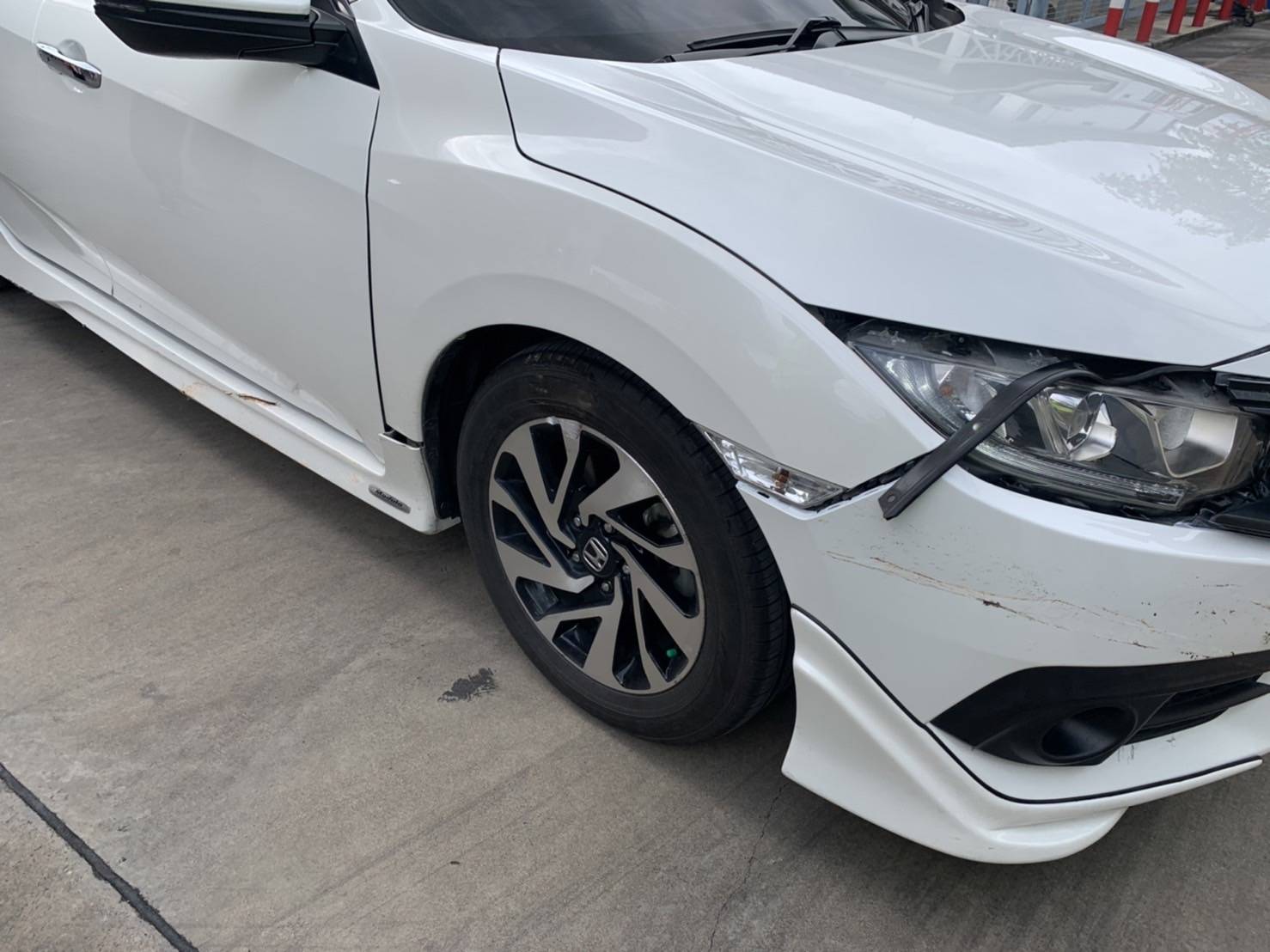 The damage caused to the side of the passing white Honda Civic in the latest safety incident.