The gunman is seen on a security camera recording at the entrance of Fort Phrayod Muang Khwang camp in Nakhon Phanom, where he killed a soldier, on Thursday evening. (Photo: Pattanapong Sripiachai)

The evidence includes security camera recordings of the murder of Pvt 1st Class Watchara Inala, 29, at the entrance to Fort Phrayod Muang Khwang camp in Nakhon Phanom's Pla Pak district where he was stationed.

According to police, the killer arived on a motorcycle, parked his bike and began talking with Watchara, who was standing near the guard booth at the entrance to the army camp. The man then pulled out a handgun and shot him repeatedly. Ten spent bullet cases were found at the scene.

Police said they have ample evidence to support an application to the military court in Udon Thani for a warrant for the arrest of Cpl Manit Chanthaphinit, 29, also based at Fort Phrayod Muang Khwang. They would coordinate with the suspect’s superior to persuade him to surrender.

The body of the slain soldier would be sent to a forensic institute in Khon Kaen, police said.

She said her husband had been transferred from Bangkok to Nakhon Phanom two years ago and had no conflict with anyone. She thought the accused gunman was a close, senior friend.

Ms Sakaoduen said her husband's murder was devastating for the family. She had only recently given birth to their first child, a boy who would never know his father. 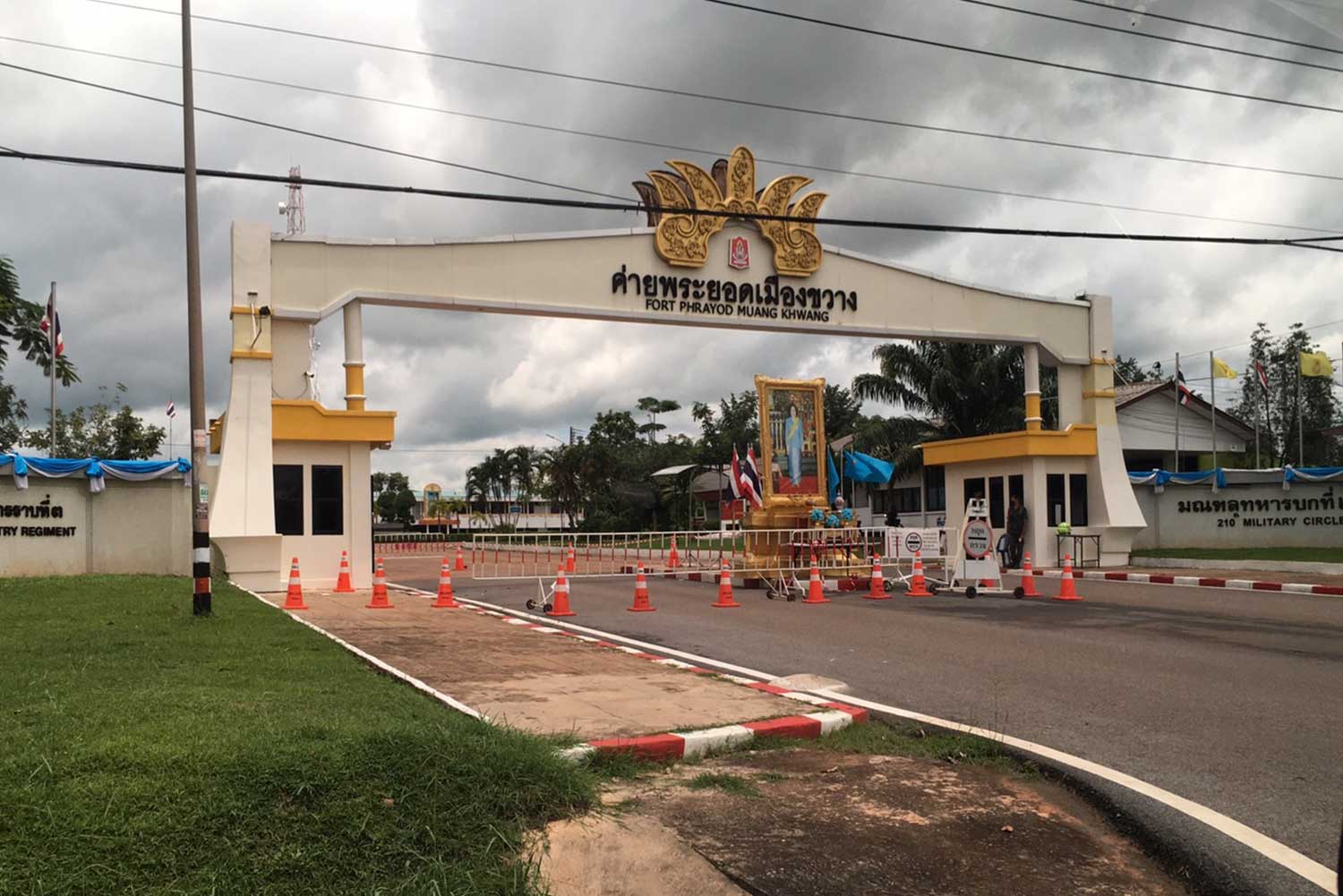