Worst far from over in soggy Bangkok
Thailand
General

Worst far from over in soggy Bangkok

Motorists creep through floodwaters on Chaeng Watthana Road on Thursday after more heavy rain in Lak Si and other areas of Bangkok. (Photo: Royal Thai Police)

The worst might not be over for residents of rain-soaked Bangkok and vicinity.

As motorists got stuck on roads in Greater Bangkok, some for hours, on Thursday night, Bangkok Deputy Governor Wissanu Sapsompol gave them another warning.

Prolonged, heavy rain is expected in the capital region until Monday as Bangkok in the path of monsoon trenches, he said, citing data from the Meteorological Department. The most seriously flooded areas so far have been in the northern and eastern districts of Bangkok, he added.

Thursday evening was another nightmare for the capital’s commuters as hours of rain in the afternoon left several roads under water.

The Rangsit area in Muang district of Pathum Thani was also seriously flooded, causing traffic on Phahon Yothin Road to other central, northern and northeastern provinces to come to a standstill.

The BMA said on Thursday night that Lak Si remained hit the hardest by downpours, while the Don Muang district office alerted people whose houses are located along Klong Prem Prachakorn to move their belongings to high ground as water could overflow the canal banks.

Traffic chaos was also seen on some major thoroughfares in inner Bangkok, including some sections of Rama IV and Phetchaburi roads.

Photos posted earlier in the day on social networks also showed flooded roads in Bang Khen, Khlong Sam Wa, Lat Krabang and Don Mueng districts, while much of Bang Na district on the eastern part of the capital was also under water.

Some locations in Pak Kret district of Nonthaburi and Muang district of Pathum Thani and Phra Samut Chedi district in Samut Prakan were also inundated.

The BMA said on Thursday afternoon that Lak Si had reported the highest precipitation, at 75 millimetres, after only two hours of rain. On Wednesday, neighbouring Bang Khen reported 170mm of rain — the most in 20 years.

Rangsit continued to be the hardest hit area in Pathum Thani as Rangsit canal had nearly reached its capacity and again looked set to overflow.

The Nakhon Rangsit Municipality red-flagged areas along the canal, warning residents to stay vigilant as their houses were at risk of flooding. (story continues below) A road on Koh Chang is flooded on Thursday after a downpour on the resort island in Trat province. (Photo: Jakkrit Waewkraihong)

The national weather service said that heavy rain and possible flash floods was likely in all regions except the South, where only Ranong and Phangnga were on alert.

The Disaster Prevention and Mitigation Department said flooding had been reported in 17 provinces since Monday. However, so far there have been no reports of death or injuries linked to the weather. 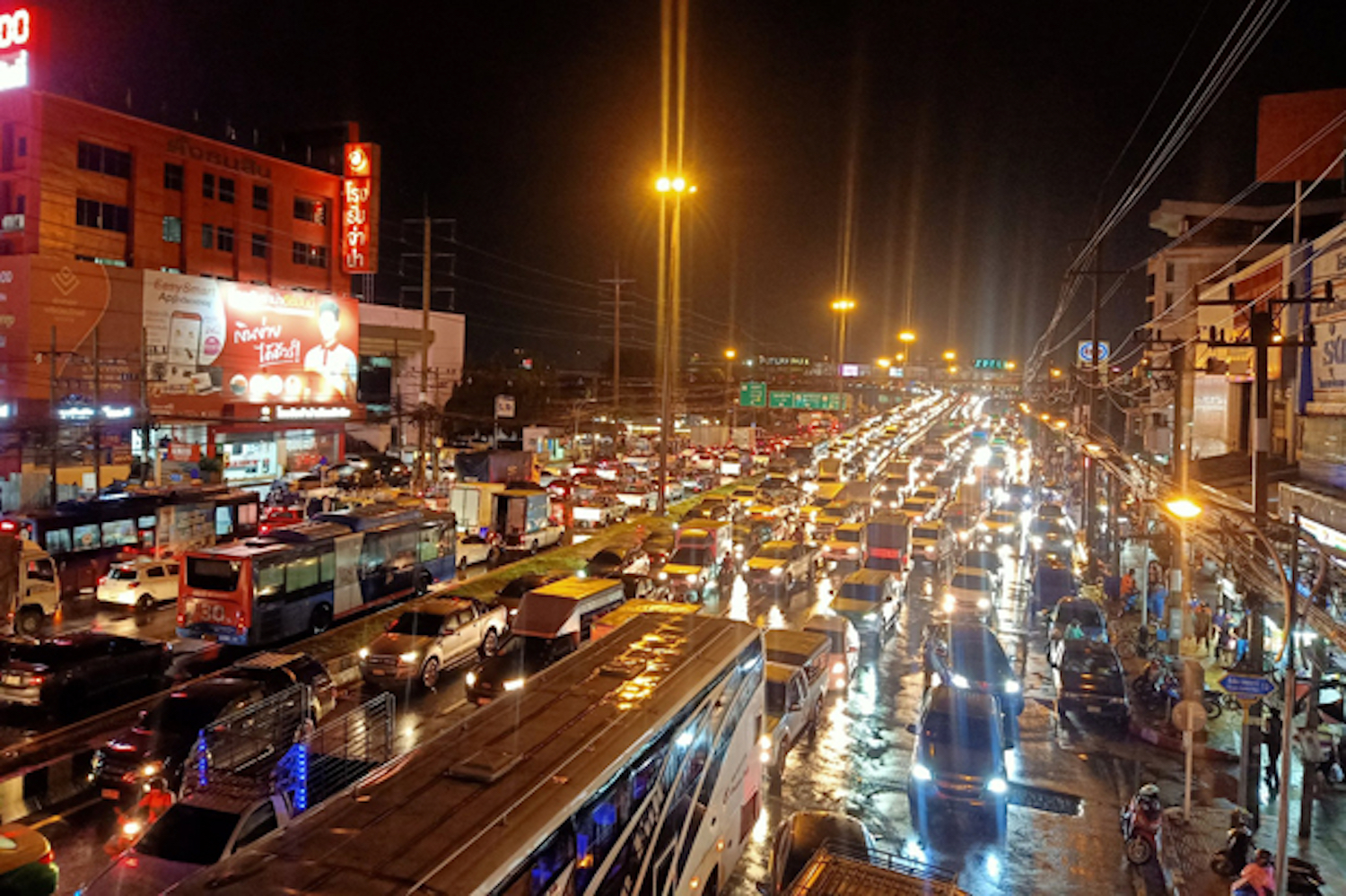