In this file photo taken on Oct 28, 1996, Britain's Queen Elizabeth II looks at gifts presented to her by His Majesty King Bhumibol Adulyadej the Great (Rama IX) before a state banquet held in her honour at the Grand Palace in Bangkok. (Photo: AFP)

Their ancestors were "royal friends by correspondence" but Britain's Queen Elizabeth II and Thailand's His Majesty King Bhumibol the Great developed a face-to-face bond during their lifetimes.

The late King Bhumibol Adulyadej, also known as Rama IX, was the second longest reigning monarch in world history at the time of his death in 2016 at age 88 -- serving on the throne for seven decades and 126 days.

It was a run the late Queen Elizabeth surpassed in June before she died aged 96 on Thursday at her Scottish Highland retreat.

The late King Bhumibol had a head start, beginning his reign in 1946, while the British queen ascended the throne six years later.

But neither reached the late French King Louis XIV's record: 72 years and 110 days, which ended in 1715. 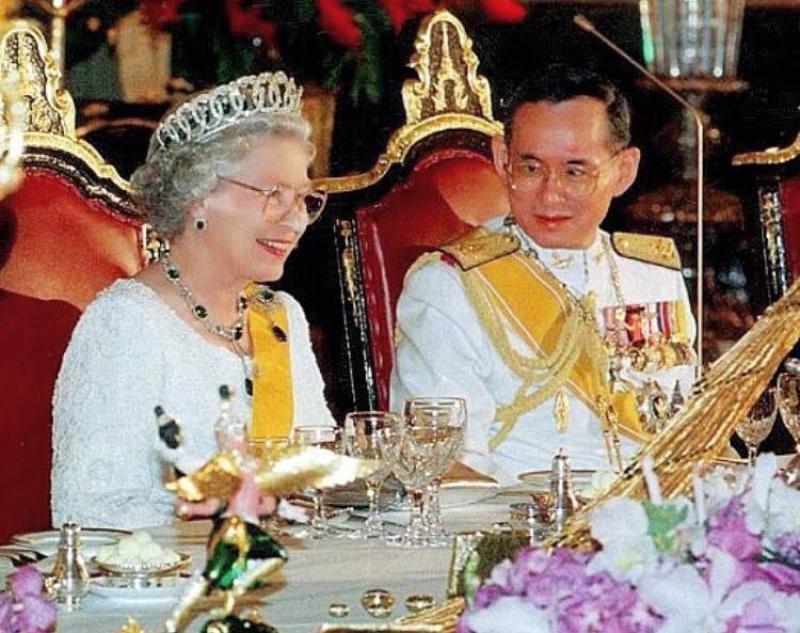 Photo courtesy of the Bureau of the Royal Household

The pair forged a friendship over the decades -- smiling warmly and chatting merrily as they interacted and welcomed each other on state visits, archival footage shows.

Britain was the first stop on the Western-educated King Rama IX's six-month European tour in 1960.

Queen Elizabeth and her husband, the late Prince Philip, were on hand to greet the Thai monarch and his wife Her Majesty Queen Sirikit The Queen Mother at Victoria Station in London.

Platform two had been jazzed up for the grand occasion, with long curtains with blue and gold tassels and giant vases of flowers including lilies and carnations.

But a BBC presenter was unimpressed and lamented the United Kingdom was unable to provide a more "glamourous" portal of arrival, noting Thailand's exotic golden agodas, teak forests and elephants.

After a royal guard inspection, the two heads of state shared a horse-drawn carriage ride to Buckingham Palace, as well-wishers waved flags in the streets.

The queen caused somewhat of a stir wearing a blue polka dot dress that was slit to the waist on both sides, revealing a white undercoat underneath.

Accompanied by His Majesty King Bhumibol, Elizabeth rode in a vintage yellow Daimler, which was soon weighed down with flowers and gifts from members of the public.

She attended a dinner reception at Bangkok's Grand Palace and an Anglican church service.

After receiving a key to Bangkok, the British royals also visited Ayutthaya province -- the former capital of what was once called Siam, now Thailand -- where they toured the Bang Pa-In Palace.

They also ventured north to Chiang Mai and the queen inspected handicrafts and orchids as traditional music rang out.

"Long live the queen," read a large welcome banner at the venue.

Her second trip to the Thai kingdom coincided with the year of His Majesty King Bhumibol's golden jubilee. 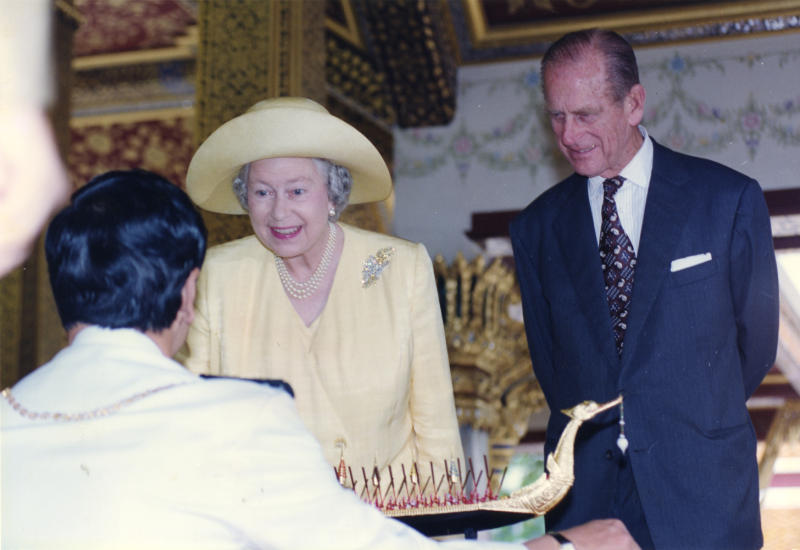 During the October 1996 five-day visit, Queen Elizabeth admired a procession of royal barges on the Chao Phraya River in Bangkok -- piloted by scores of rowers in colourful traditional costumes and golden helmets.

Later at a banquet reception -- wearing a white dress with a saffron sash -- the queen toasted the friendship between both monarchies over several generations.

She noted Queen Victoria, her great-great-grandmother, had been pen pals with Thailand's King Rama IV, Mongkut, and that bond "has been carried forward to our generation".

"Over the last quarter of a century your country has become a sophisticated modern state with an increasingly confident democracy," Queen Elizabeth said.

"Your people's capacity to extend the friendliest of welcomes to visitors is undiminished." 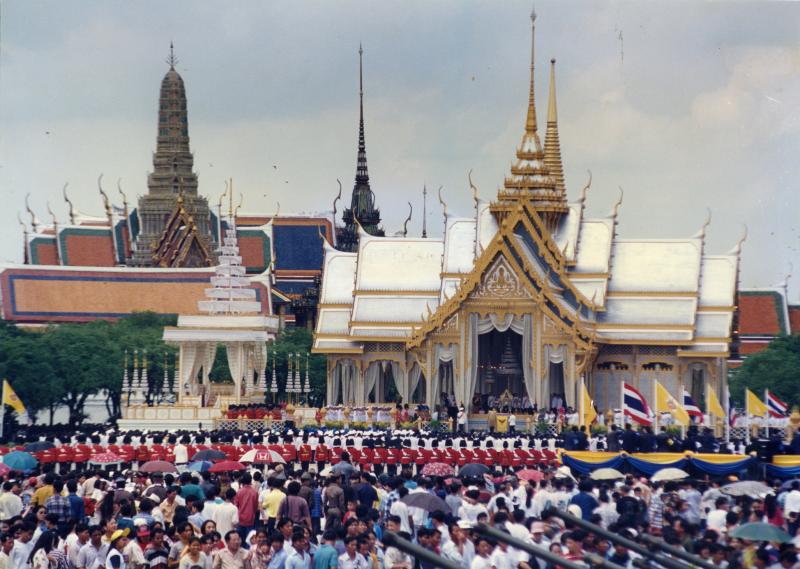 Spectators throng the Golden Jubilee Pavilion on June 10, 1996, as royal family members and representatives of the executive, legislatives and judiciary branches perform a ceremony to wish His Majesty King Bhumibol Adulyadej the Great long life and reign. (Photo: Bangkok Post)

Students gave the queen floral garlands when she visited Bangkok's Chulalongkorn University to open a new office of the British Council -- the UK's international organisation for education and cultural ties.

While Britain goes into 10 days of national mourning, Thais wore black for a year as part of the kingdom's grieving period for the beloved King Bhumibol. 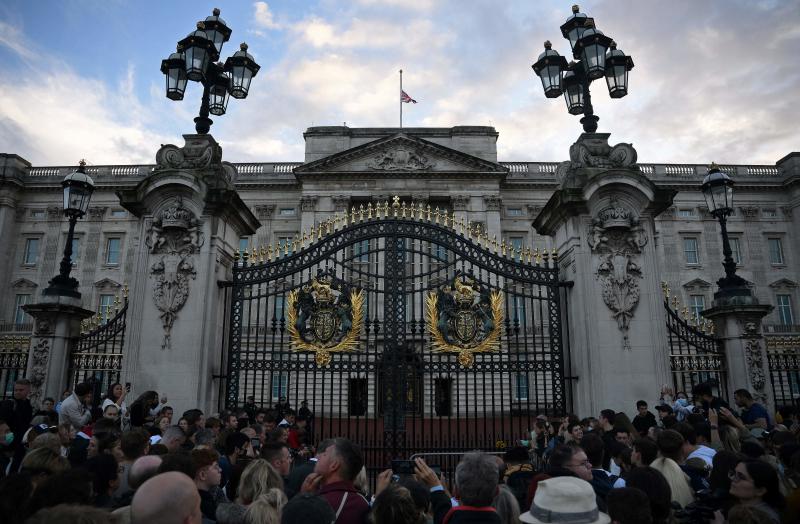 A union flag flies at half-mast atop Buckingham Palace after the announcement that Queen Elizabeth II had died, in central London on Thursday. (Photo: AFP)