Eleven government officials, including six immigration police, have been arrested and charged for allegedly taking bribes to facilitate the release of five foreign fishing trawlers earlier confiscated for illegally fishing in Thai waters.

In December last year, police and fisheries officials had seized the five trawlers and arrested 22 crew members for fishing in Thai waters without permission.  After court proceedings, the trawlers were kept at the Songkhla customs office and were later put up for auction.

The fishing boats had been barred from leaving Thailand following the auction. However, the vessels were soon spotted entering Malaysian waters, and Thai police had coordinated with Malaysian police to intercept them.

Police began the investigation that led to the arrest of 13 people involved in bringing the vessels out of the country. One of them was Prasert, a representative of a shipping firm, said Pol Lt Gen Surachate. The surname of the man was not disclosed.

The officers extended the investigation that shed light to more officials involved. Arrest warrants had been issued for 11 government officials – six immigration police and five officials working at marine border and disease control checkpoints – for taking bribes, malfeasance and dereliction of their duty. All surrendered.

All 11 officials were held in custody at Singha Nakhon police station in Songkhla pending legal action, said Pol Lt Gen Surachate. Drastic action would be taken against those officials, he added. 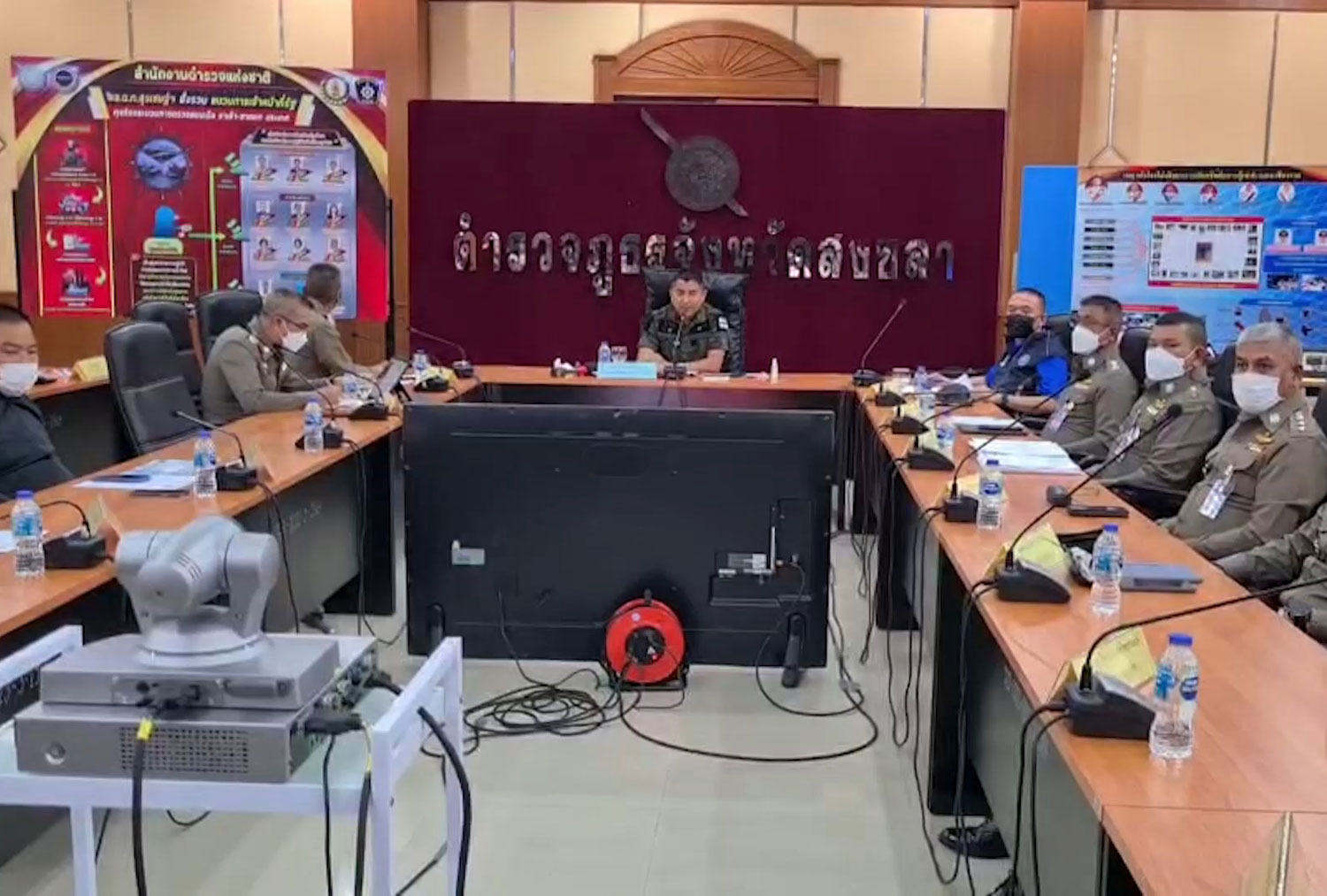 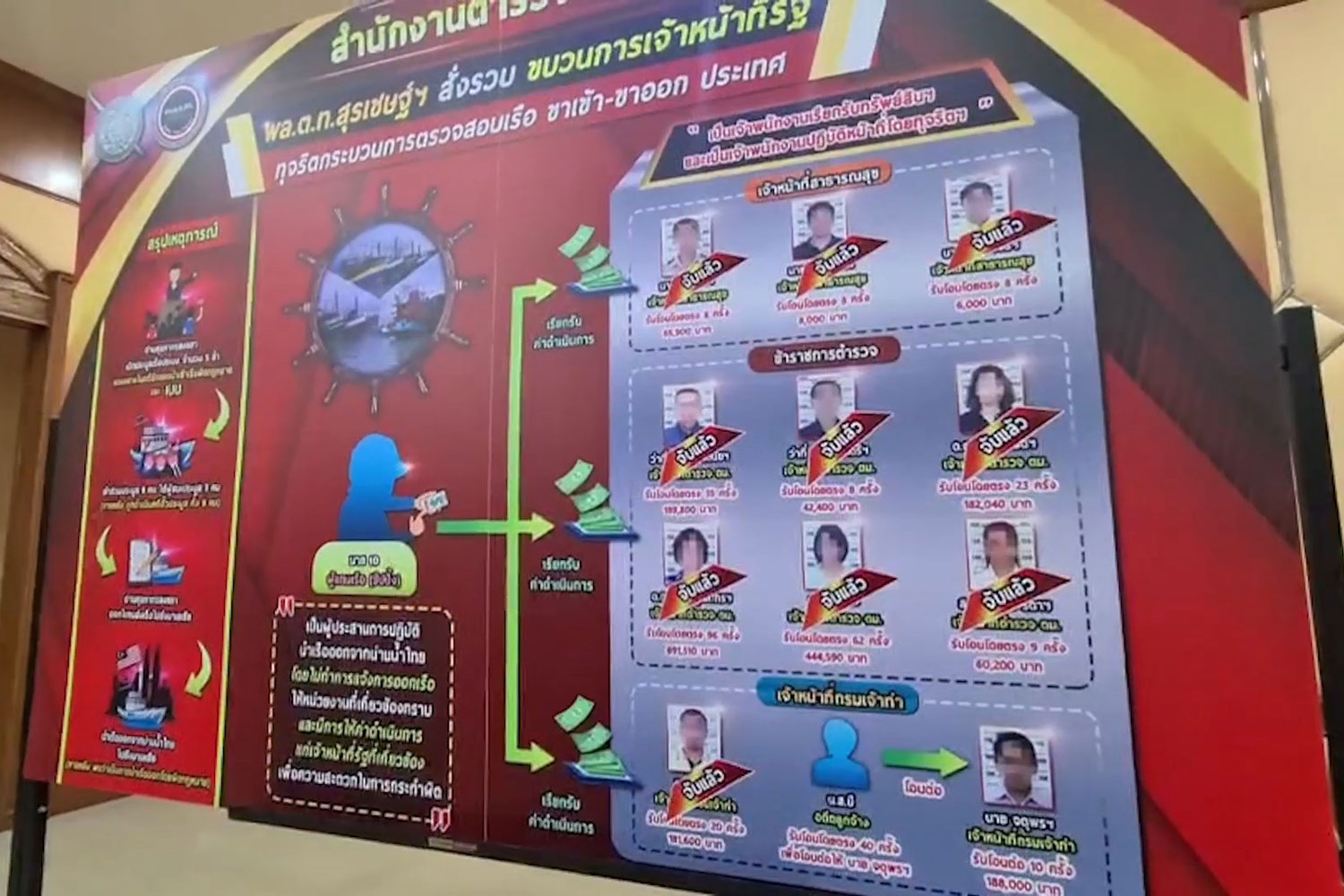