Flames shoot from the rear of the bus, parked on the side of the highway in Sida district of Nakhon Ratchasima early on Thursday morning. (Photo: Prasit Tangprasert)

NAKHON RATCHASIMA: Passengers fled in fear of their lives when an inter-provincial bus burst into flames in Sida district early on Thursday morning. There were no injuries.

The air-conditioned bus bound for Bangkok caught fire near kilometre marker 239 on the Mittrapharp Highway in tambon Sida, police said.

All 46 passengers, the driver and bus crew were unhurt.

Emergency responders called to the scene found flames spreading quickly from the rear of the bus.  Firemen took about 20 minutes to put the fire out.

The driver told police the bus departed Khon Kaen bus terminal at 10.45pm on Wednesday, heading to Bangkok. When it was passing through Sida district of Nakhon Ratchasima province flames suddenly erupted from the engine compartment at the rear.

He immediately parked the bus on the roadside and the fearful passengers quickly fled the vehicle.

The cause of the fire is being investigated, police said. 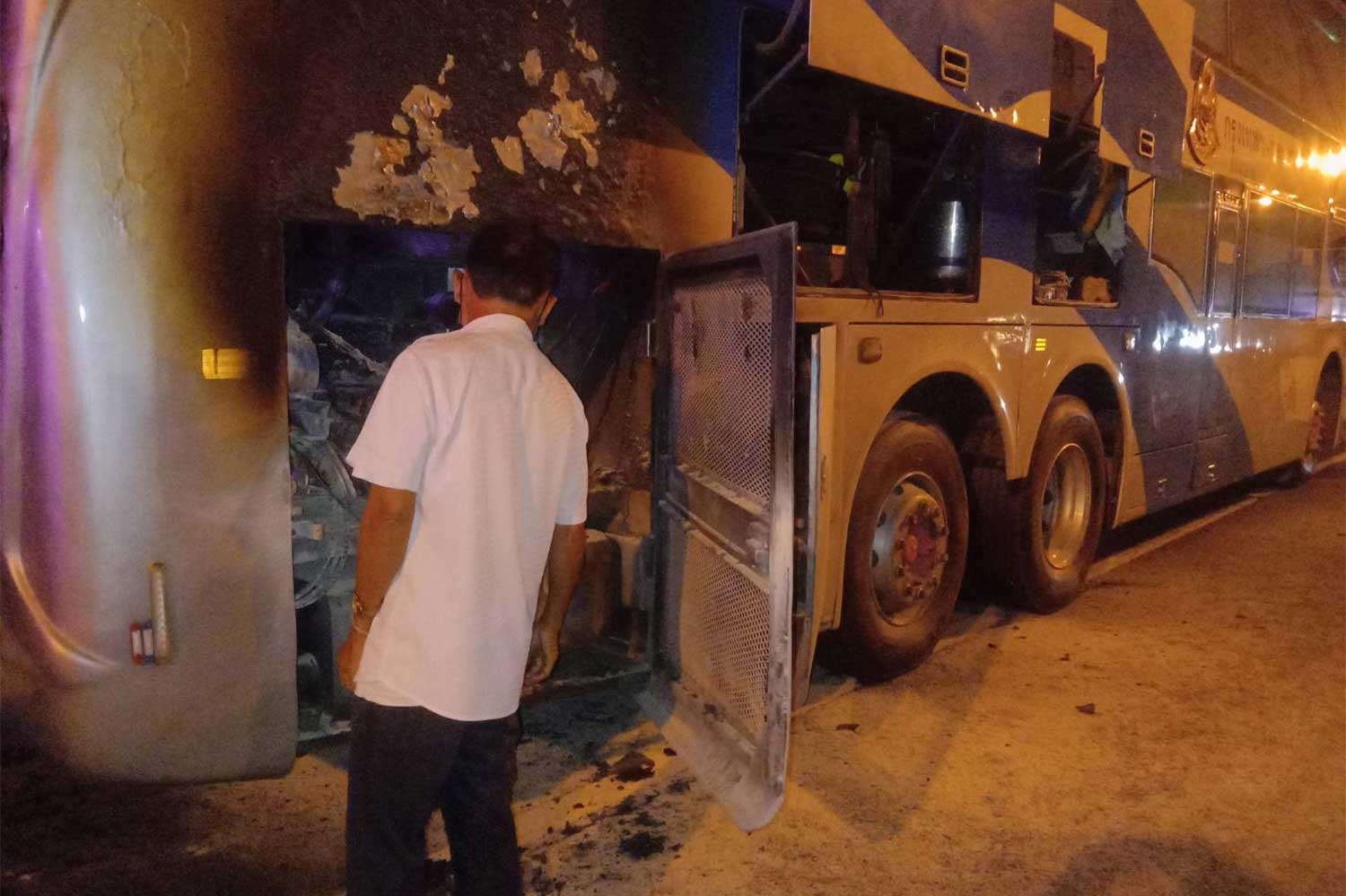 The bus driver looks at the burned section of the bus. (Photo: Prasit Tangprasert)