A brief chemical leak at an Indorama Ventures (IVL) plant in Nakhon Pathom on Thursday prompted authorities to warn people living nearby to avoid going outdoors.

The leakage of two chemical substances — diphenyl oxide (73%) and biphenyl (27%) — from the air cooler of the heating system at the IVL plant in Nakhon Chaisi district was detected at 5.45am and was contained within 10 minutes, the listed company said in a statement to the Stock Exchange of Thailand.

“There was no leakage into public waters or any injury to employees or to the surrounding community or any damage to equipment,” company secretary Souvik Roy Chowdhury said in the statement.

The plant of Indorama Polyester Industries (Nakhon Pathom) produces polyester fibres, yarns and chips with a capacity of 120,000 tonnes of a year.

Although the chemical leak was under control in 10 minutes, a bad smell was felt as far as 20 kilometres away from the factory location, in tambon Salaya in Buddha Monthon district, which borders Bangkok.

Plant employees took about 10 minutes to turn off a valve to stop the leak, said Chanthana Pakthongsuk, director of the Region 5 Environmental and Pollution Control Office of the Pollution Control Department, who inspected the site.

The office advised people in the affected areas to avoid going outdoors and stay in open areas if possible. It urged people to wear masks and immediately contact a doctor if they have breathing problems.

Classes at Mahidol University Salaya campus continued but the university urged students to be extremely cautious and advised they wear face masks.

No injuries have been reported so far. 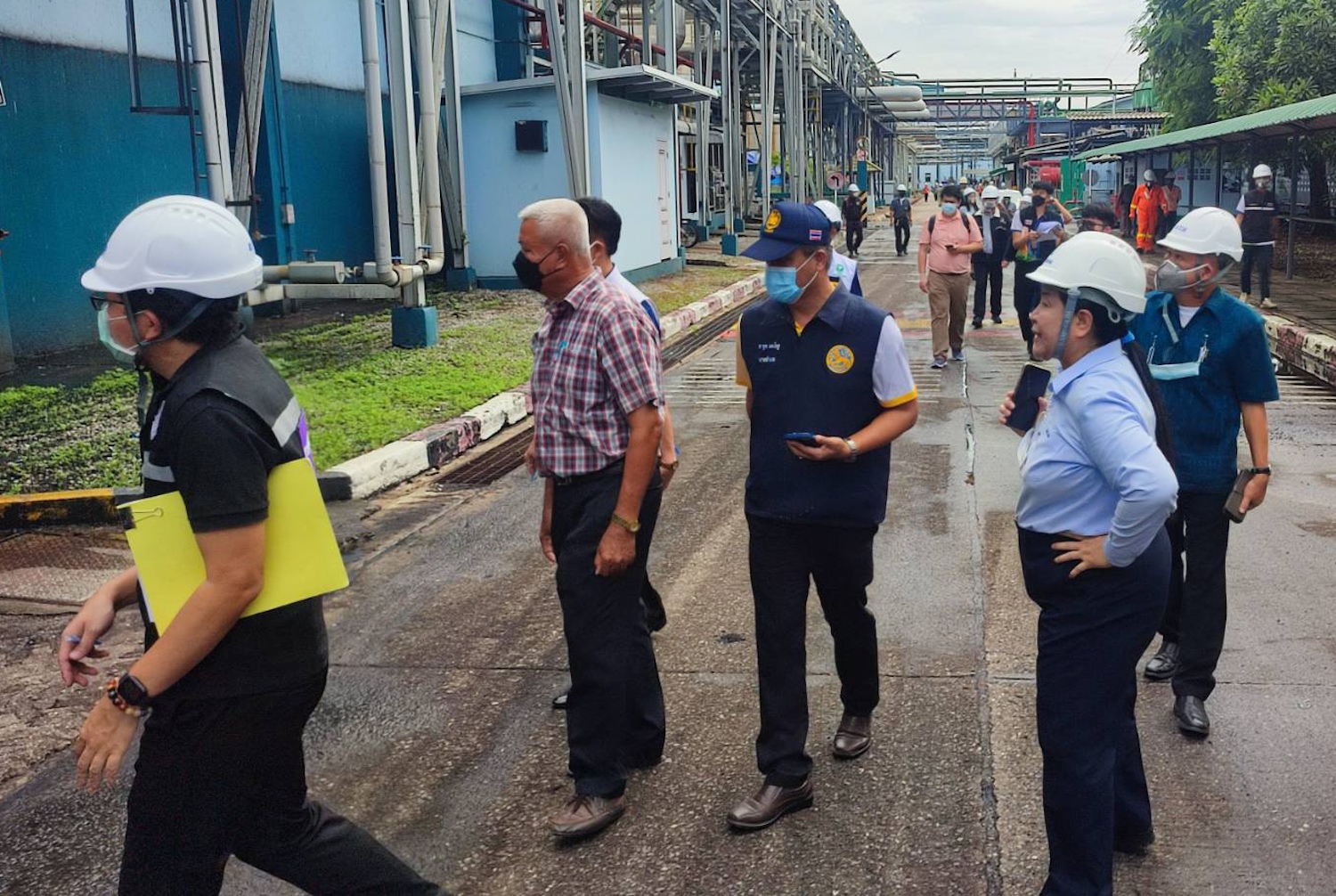