State of emergency to be lifted in days

The state of emergency imposed to deal with the coronavirus pandemic will be lifted on Sept 30, and the Centre for Covid-19 Situation Administration (CCSA) set up under the emergency decree will be disbanded as a result. 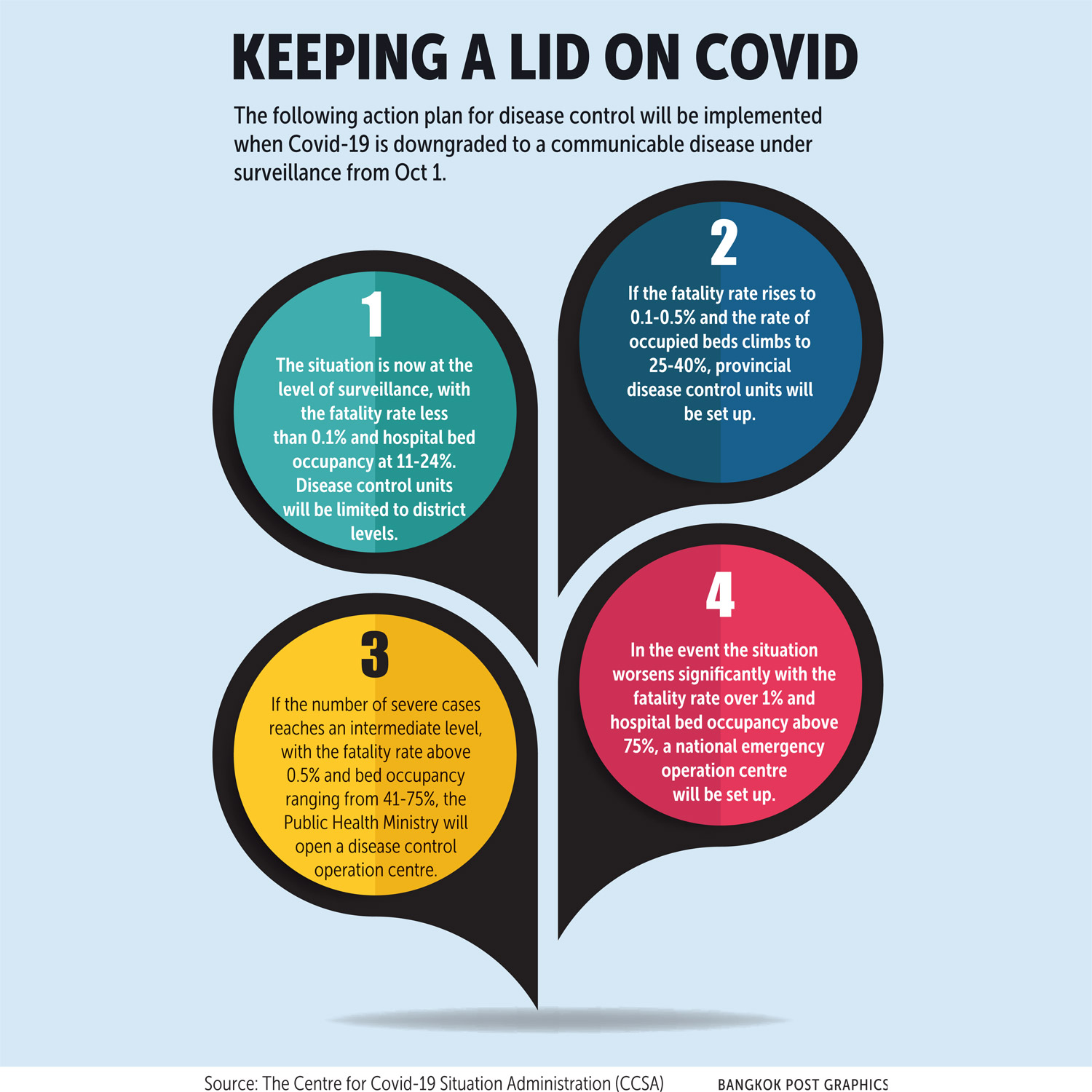 Announcements and orders issued under the emergency decree will be revoked, and the CCSA dissolved, Dr Taweesilp said.

The state of emergency was first imposed by virtue of an Executive Decree on Public Administration in Emergency Situations on March 26, 2020, at the start of the pandemic, with a total of 19 extensions of its enforcement.

In lieu of the CCSA, Public Health Minister Anutin Charnvirakul will oversee disease control efforts under the Communicable Disease Act, with an action plan designed to respond to the varying degrees of severity of Covid-19, Dr Taweesilp said.

The government will continue to provide people with free vaccinations, he added.

The spokesman also said the number of visitors to the kingdom rose from 427,869 last year to 5.2 million visitors this year, as of Wednesday, and they had spent 211.97 billion baht in the country.

Meanwhile, Thais have made 98.7 million domestic trips and spent 432.89 billion baht this year.

National Security Council secretary-general Supoj Malaniyom, who is in charge of the CCSA's operation centre, said the National Communicable Disease Committee would take over after the CCSA is dissolved, with the public health minister as chairman.

Gen Supoj said the changes announced by the CCSA would be presented for acknowledgement by the cabinet next Tuesday.

Deputy Public Health Minister Sathit Pitutecha said the emergency decree is no longer needed, and the Communicable Disease Act should suffice. He said that officials at provincial and local levels have also gained experience in disease control during the pandemic.

Dr Udom Kachinthorn, an adviser to the CCSA, said there are 800-1,000 new daily Covid-19 inpatients and 13,000-14,000 people testing positive for the disease using antigen test kits on average these days.

"The number of infected people whose cases are not logged would be two or three times as many. So there are an estimated 30,000-40,000 new Covid-19 cases a day. Most have mild symptoms, and this is the reason why Covid-19 is being redefined," he said.

He advised people to keep wearing face masks in crowded places as a precautionary measure.