A woman prays at the Erawan Shrine at the Ratchprasong intersection in Bangkok on March 12, 2022. (Photo: Somchai Poomlard)

Cash donations at the Erawan shrine at Ratchaprasong intersection have reached 1.8 billion baht this year, with about 100 million baht being given to over 50 hospitals in need.

The information was disclosed by an official from the "Erawan Hotel Brahma Shrine Fund" who was interviewed by city governor Chadchart Sittipunt on Friday morning. 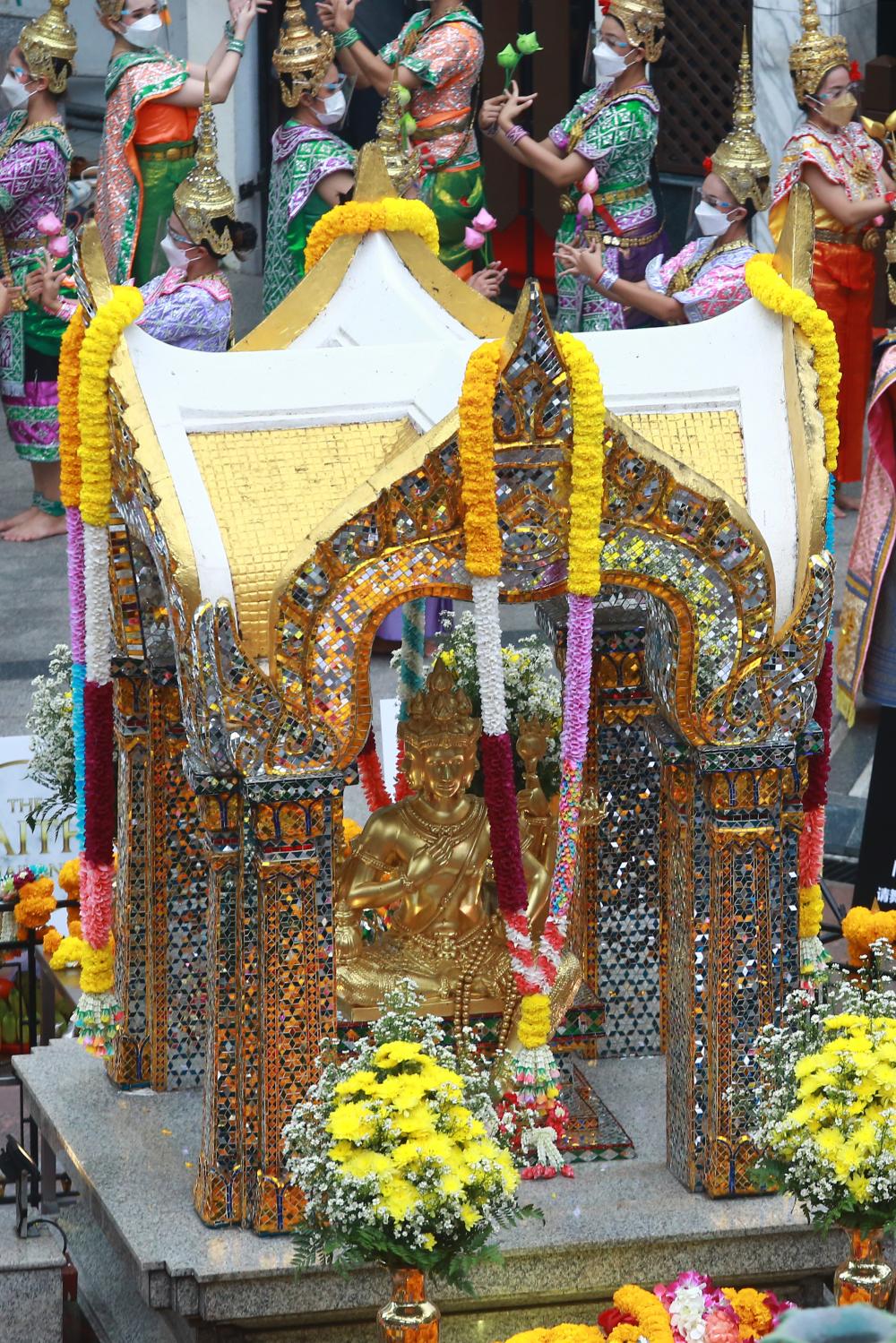 The Erawan shrine houses a statue of Brahma, the Hindu god of creation. Cash donations made at the shrine at Ratchaprasong intersection have reached 1.8 billion baht so far this year. SOMCHAI POOMLARD

Mr Chadchart was at Ratchaprasong intersection and getting an update on the water situation in the city when the Erawan shrine gates opened. After paying his respects, he interviewed an official about the donations, which was live-streamed on his Facebook account.

As well as donating to hospitals in need throughout the Covid-19 pandemic, the fund also directed some of the money to buy essential medical equipment.

The governor said he is a regular donor, having made donations to the Erawan shrine fund for over 20 years as part of making merit each year on his birthday. He also guaranteed the fund's transparency and urged people to donate for a good cause.

He said he received an annual report from the fund which provided details about its management and further ensures transparency in its spending.

"The cash in the donation boxes at the shrine goes to the fund and the money is given to hospitals in need. I'm a regular donor and the fund is managed by a committee which selects the hospitals that are [most] in need," he said.