Rescue workers take a suitcase containing the body of a woman to a hospital. The suitcase was found floating in the Mekong River in That Phanom district, Nakhon Phanom province on Wednesday morning. (Photo: Pattanapong Sripiachai)

The black suitcase containing the dead woman was found floating near a pier along the river bank in Phor Thong village Moo 10, said Pol Lt Col Prasertsak Nuanbat, a duty officer at That Phanom police.

After being alerted to the gruesome discovery at around 10am on Wednesday, police, forensic officers, a doctor and rescue workers jointly inspected the body. The woman, aged around 40 and about 160cm tall, had long hair and was wearing a short-sleeved light blue T-shirt and jeans. Her body had been stuffed into a plastic bag and then placed inside the suitcase.

Her face looked like it had been hit with a hard object, police said, but there were no marks on the rest of her body, which had not been tied with any rope. A large stone, about 30cmx30cm, had been placed inside the bag to make the suitcase sink. There were no documents on her person, and she was believed to have died at least five days before the body was found.

Police believed she might have been killed elsewhere before her body was dumped into the river.

According to a police investigation, the suitcase had been found floating in the river 2-3 days ago, but no officials inspected it as they assumed it was an ordinary piece of discarded luggage. It was later found floating near the pier where patrol boats from the Mekong Riverine Unit in Nakhon Phanom were moored. As the suitcase was producing a foul odour, officials inspected it and found the dead woman stuffed inside.

The body would be sent for a post-mortem examination in Khon Kaen’s forensic institute. Police were investigating to find further clues about the dead woman. 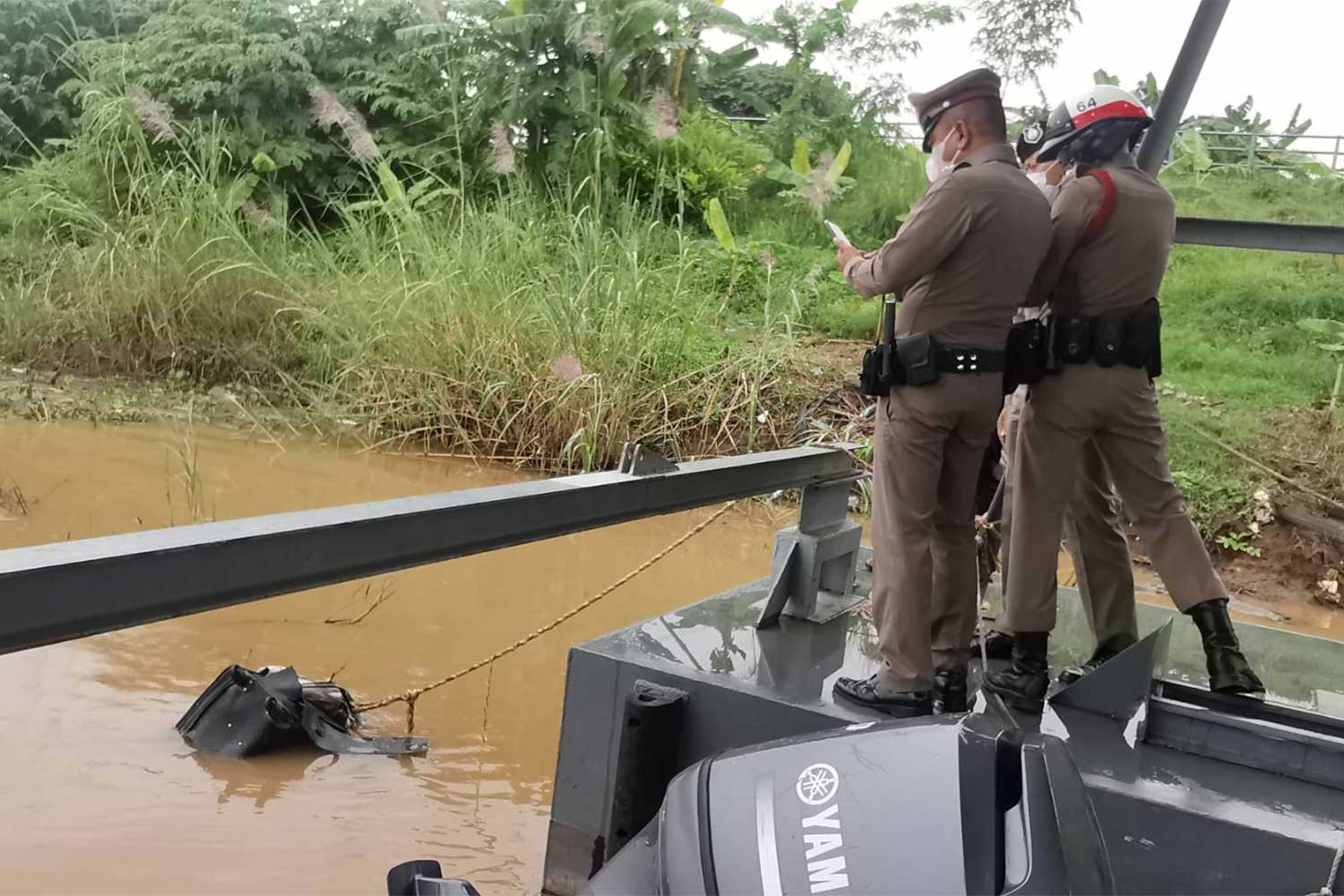