People crowd the SX Food Festival Zone at the Sustainability Expo 2022 to check out the selections of international and local food from the 100 shops there. (Photo: Varuth Hirunyatheb)

Changing food consumption habits can help reduce the impact of climate change, Mr Wiwat said at a forum that is part of the expo being held at the Queen Sirikit National Convention Center until Sunday. There are three key issues concerning food that impact climate change -- food production, food consumption and food distribution, he said.

"The problem is that today only 10% of the world's population is consuming 90% of the food available for the rest of the world," he said.

"We should support local food in our communities so as to reduce the impact of carbon emissions created by the logistics industry. Food that is produced in another country and is imported to Thailand burns a lot of energy along the way with transportation which is a cause of global warming," he said. 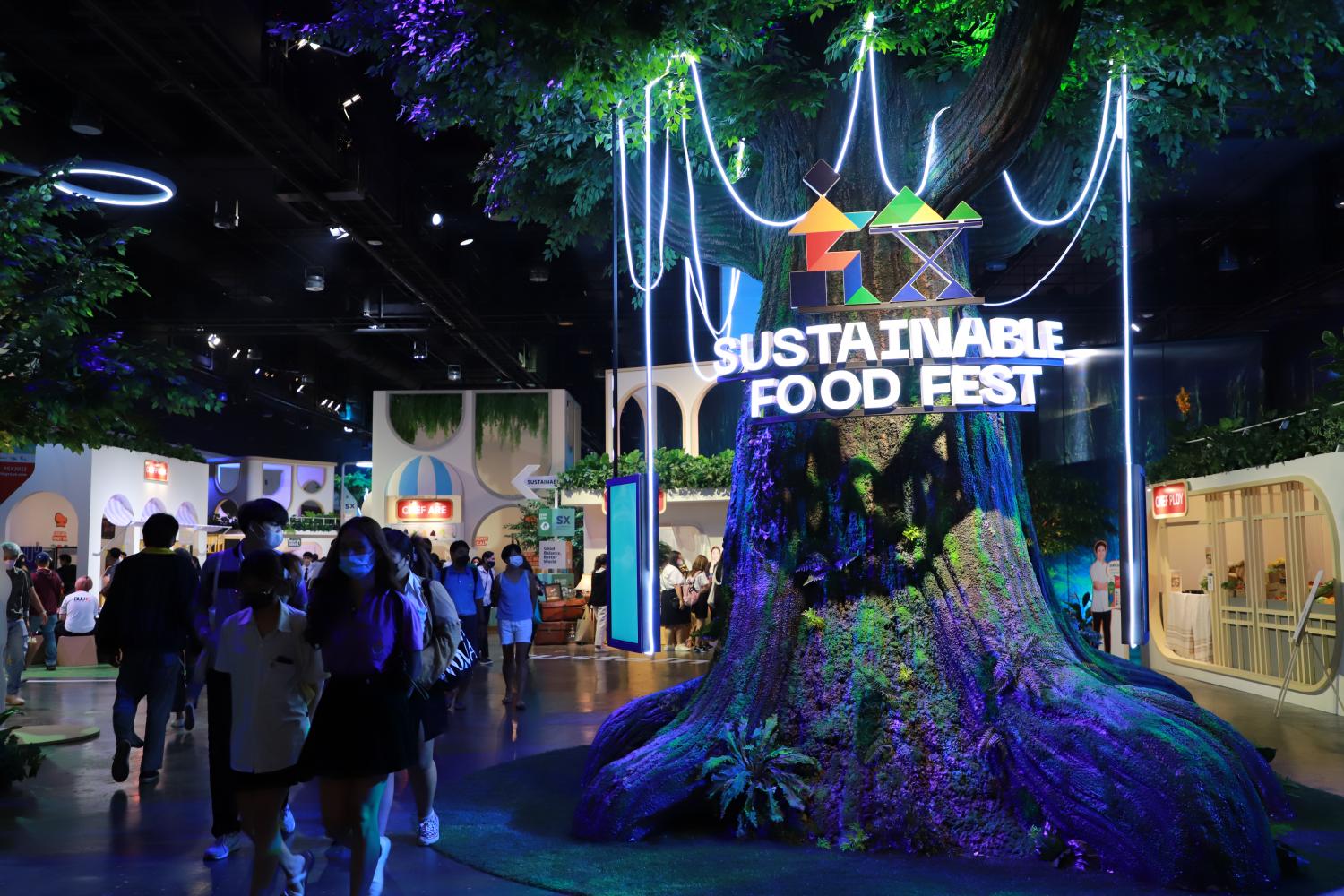 Jon Jandai, a farmer and founder of the Pun Pun Centre for Self-reliance in Chiang Mai, said that the mass production of food is one cause of climate change.

"Many people have a perception that eating food with high protein is good for their health. They focus more on eating meat, poultry, pork and eggs. It leads to the mass production of farming for cattle, chickens and pigs," Mr Jon said.

"Forests are destroyed to pave the way for growing corn to feed farm animals. It is not a way people can live sustainably," he said. 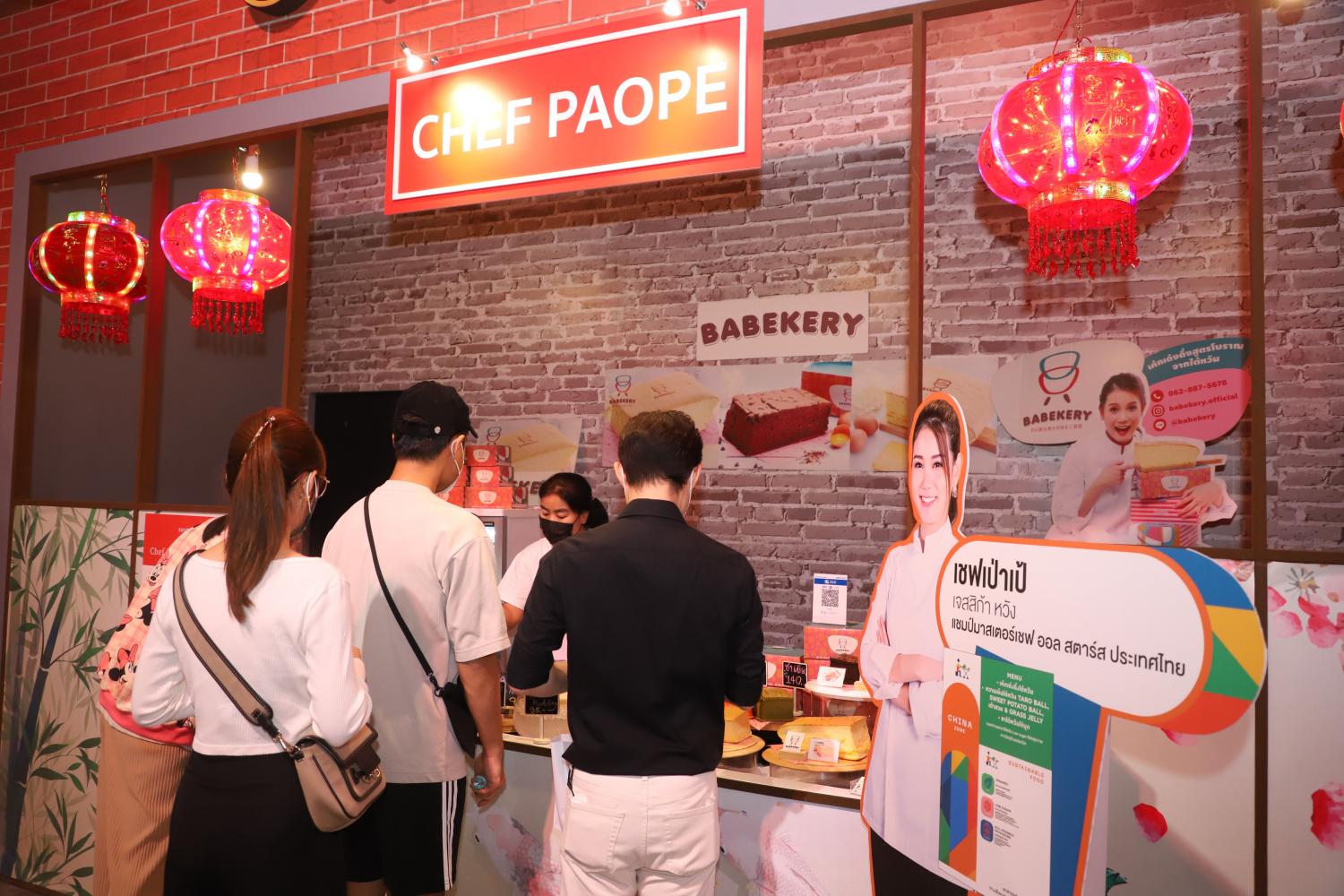 He also said that when people eat more meat protein, it will automatically eliminate their other food choices which will impact biodiversity, leading to an imbalance of nature. He cited popular types of fish widely available in markets as an example.

"In the past, Thai people used to eat more than 200 species of freshwater fish and more than a hundred varieties of vegetables, but now we tend to enjoy only three species of fish which are catfish, tilapia and Nile tilapia. This eating behaviour is not healthy," Mr Jon said.

In addition, more people are overconsuming food which is leading to diseases and health problems such as cancer, diabetes and high blood pressure, he said.

To learn how to eat food sustainably, an exhibitor, who asked not to be named, at the "Good Balance, Better World" exhibition zone said people could help address climate change by eating plant-based diets and organic food. 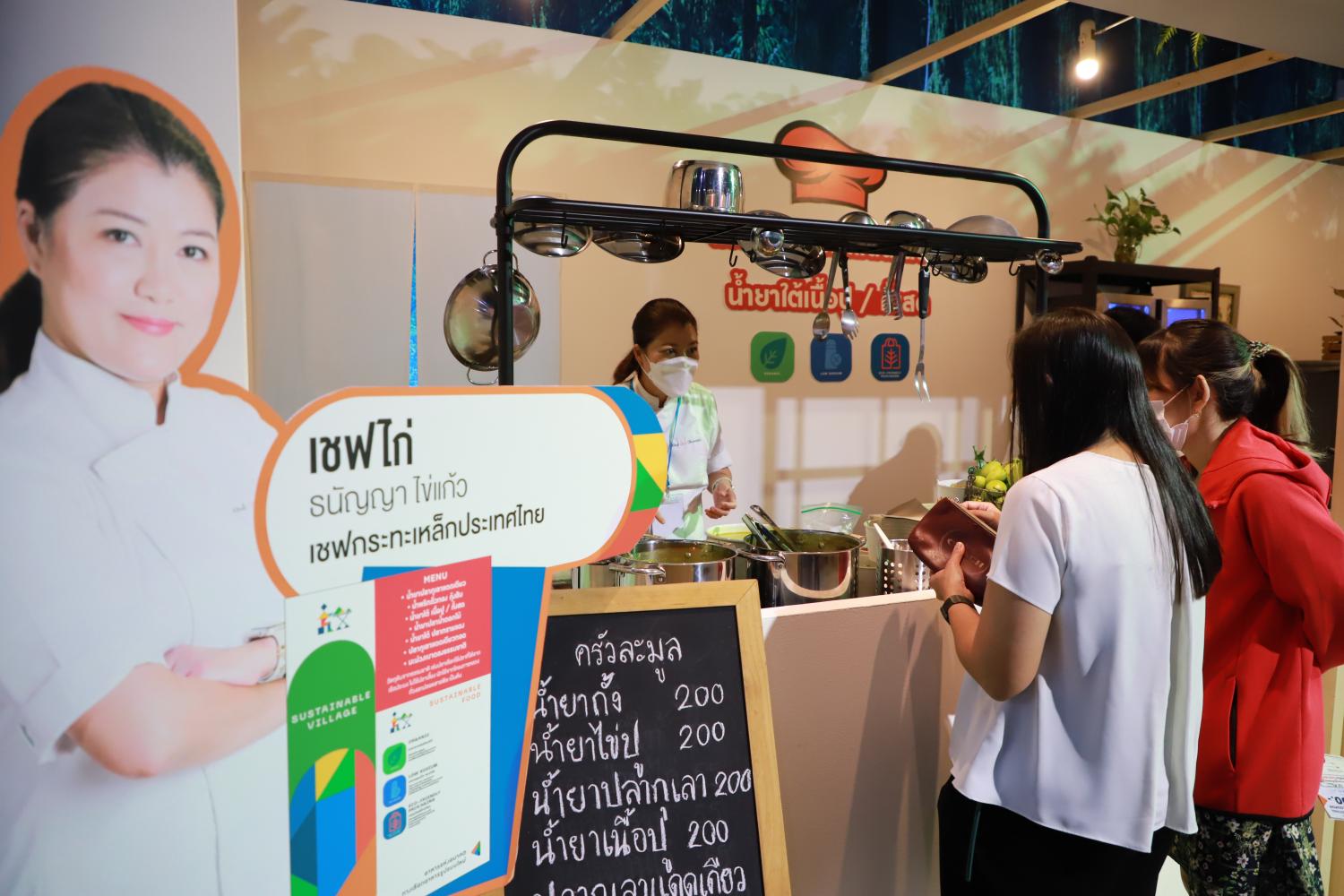 Organic food is good for health and the environment because food production does not pollute the air or water resources, she said.

There is also a Food Waste Station at the expo where visitors are able to learn how to separate waste for recycling as well as a machine that turns food waste into bio fertiliser.

There is also an SX Food Festival where more than 100 restaurants, hotels and well-known street food vendors offer tasty delicacies under the theme of food sustainability. Celebrity chefs are also demonstrating how to cook healthy food and how to use leftovers to create new menus so to reduce food waste. 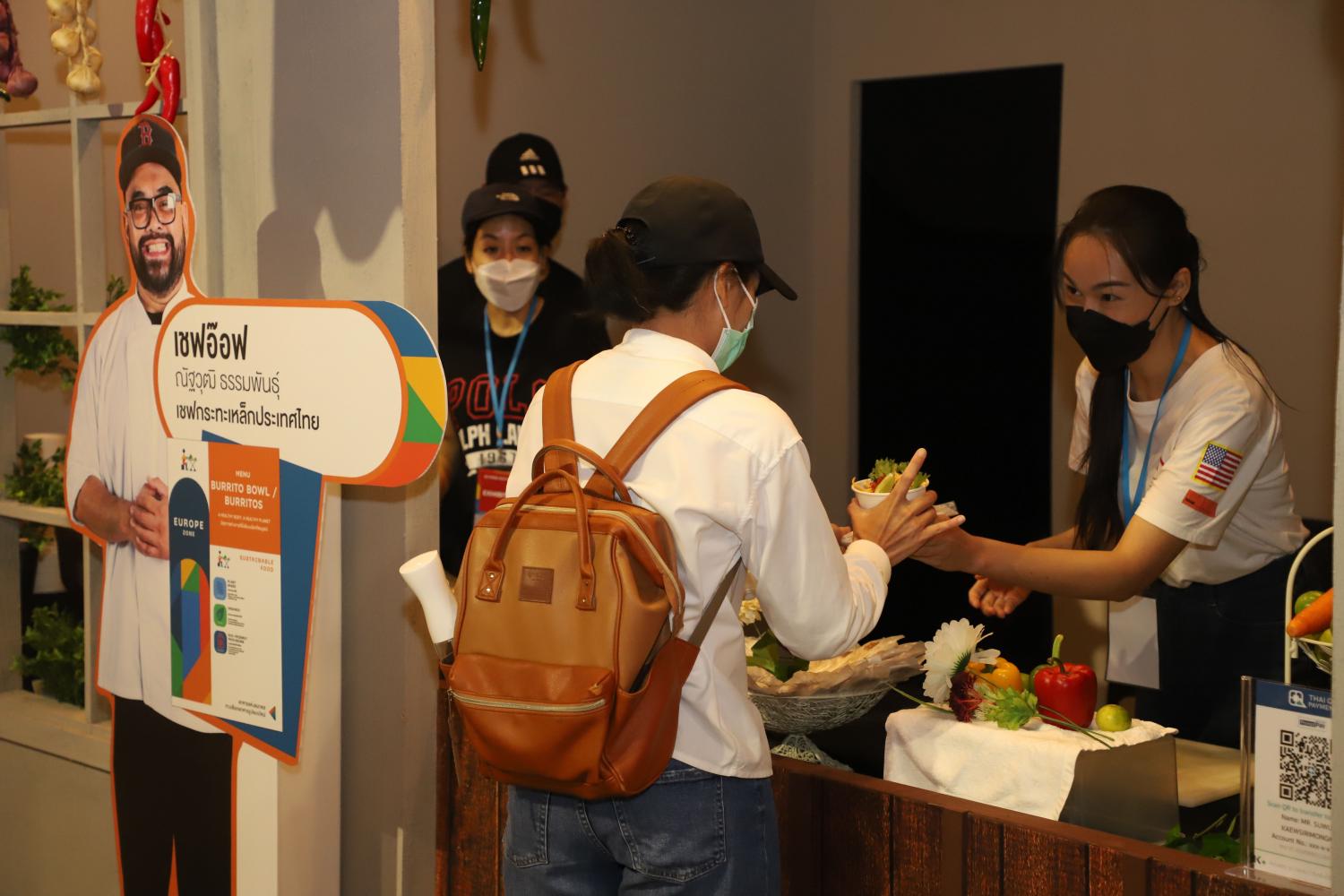