Body in suitcase might be missing Lao businesswoman
Thailand
General

Police watch as a rescue worker opens the suitcase found to hold the body of a murdered woman. The suitcase was found in the Mekong River in That Phanom district, Nakhon Phanom province, on Wednesday morning. (Photo: Pattanapong Sripiachai)

The dead woman was found on Wednesday in That Phanom district.

Pol Col Thawil Khamket, chief of That Phanom police, said on Friday that the missing woman's business associates had contacted police asking to see the body, so they could maybe identify it.

They had seen news of the discovery and the clothes the woman wore led them to believe she was their missing relative. They would travel from Vientiane to Nakhon Phanom to identify the body, he said.

Police were awaiting the autopsy report from Khon Kaen’s forensic institute to learn the cause of her death.

The body of a woman aged 25-30 years was found stuffed inside a suitcase in the Mekong River in That Phanom district on Sept 28. Earlier reports mentioned the woman might be aged around 40.

Injuries to her face indicated she had been bludgeoned with a hard object, police said. However, there were no marks on the rest of her body, and she had not been tied up. A large rock had been placed inside the suitcase, presumably to make it sink.

There were no documents with the body to identify her, but she was wearing brand-name clothing, which suggested that the woman was wealthy.

Police believed she was killed and then packed in the suitcase, which was tossed in the river.

Pol Col Thawil said if relatives confirmed her identity, investigators would hand the body and autopsy result over to Lao authorities. Thai police would have no authority to further investigate the matter, he said. 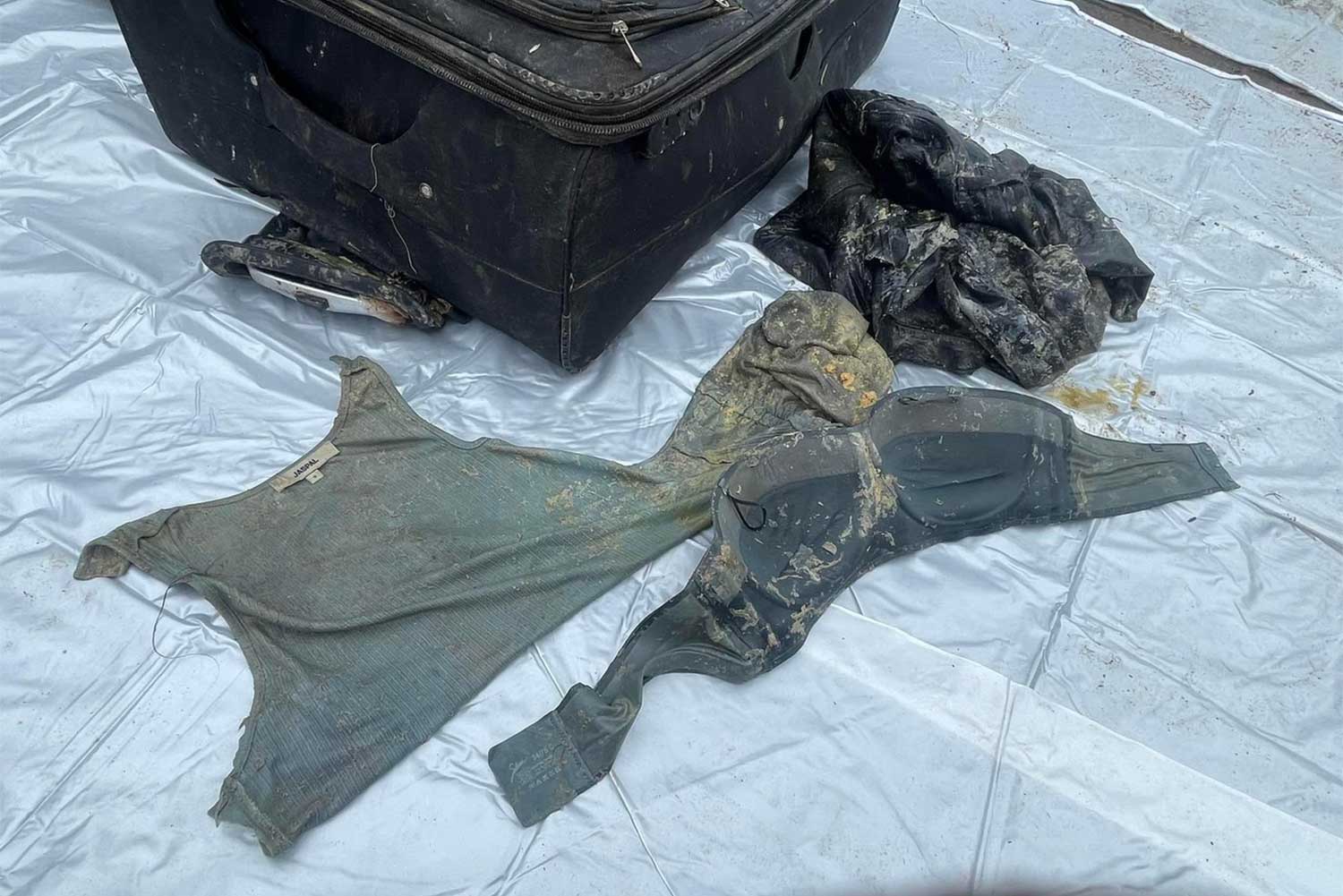 Some of the dead woman's clothing that led relatives in Laos to believe she might be their missing business associate. (Photo: Pattanapong Sripiachai)

A freight train derailed after a loud bang that sounded like a bomb blast occurred on a track between Hat Yai an Padang Besar stations in Sadao district of Songkhla on Saturday afternoon. No casualties were reported.