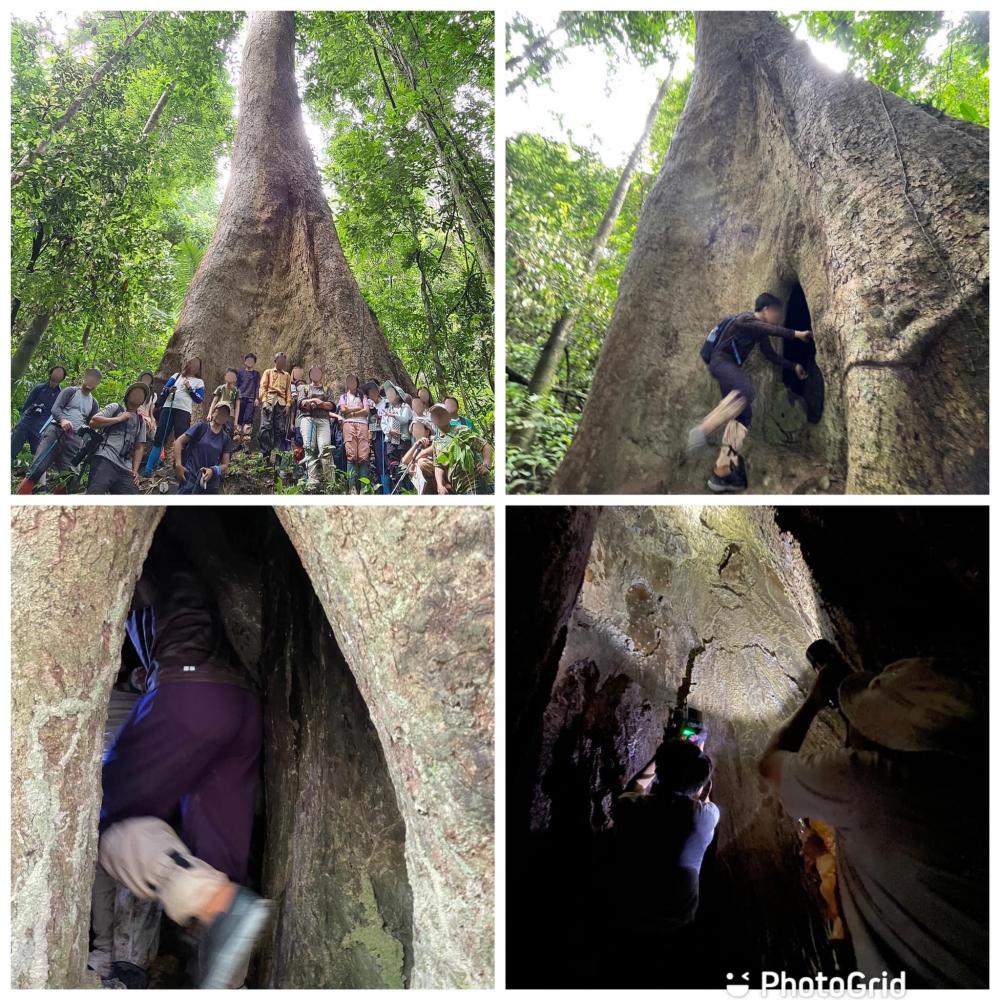 People step inside the hollow of a tree in Nakhon Si Thammarat in the hope of spotting lesser false vampire bats. They have been warned to avoid doing so due to the risk of exposure to dangerous fungus spores after seven people contracted an infection called Histoplasmosis.

Dr Manoon Leechawengwongs, a pulmonologist from Vichaiyut Hospital, issued the warning on his Facebook fan page after seven out of 10 people contracted an infection, called Histoplasmosis, after entering a tree hollow in Nakhon Si Thammarat while looking for the bats.

He said a group of visitors trekked through a dense forest in tambon Na Luang Sen in Thung Song district on July 30.

One of the activities was trying to spot lesser false vampire bats.

The bats were inside a large tree called Cha Muang in the Thai language (anisoptera scaphula), which was up to 40m tall and quite old.

He said the tree hollow was wide enough for one person to get in but up to seven people can squeeze into the centre of the trunk.

The bats live inside the trunk, about five metres above the ground. Those who got inside and stayed from two-15 minutes to observe the bats breathed in the fungal spores.

Dr Manoon said the infected seven began to suffer from flu-like symptoms and exhaustion a couple of weeks after they returned home.

Chest X-Rays showed growths of between 3mm and a centimetre in diameter had begun forming in their lungs.

They were diagnosed with Histoplasmosis after the fungus was found in their lung samples.

Dr Manoon said that the number of infections had remained low.

He suggested erecting a sign advising against entry while anyone who did and noticed symptoms later should seek immediate medical treatment.