His Majesty the King presides over a ceremony to unveil the statue of HM King Bhumibol Adulyadej the Great at Chalerm Phrakiat Park in Bangkok on Thursday. (Photo: Pattanapong Chatpattarasill)

Their Majesties the King and Queen presided over a royal ceremony on Thursday to mark the unveiling of a statue of His Majesty King Bhumibol Adulyadej the Great.

The king and queen arrived at Chalerm Phrakiat Park in Dusit district of Bangkok for the ceremony to honour the late King Rama IX, with a sea of yellow awaiting their arrival.

People shouted “Long live the king” when his motorcade entered the new park, which was formerly was the site of the Royal Turf Club.

Prime Minister Prayut Chan-o-cha, all cabinet members and dignitaries were present at the ceremony.

The ceremony to officially inaugurate the statute of HM King Bhumibol was held six years after his passing. HM King Bhumibol passed away on Oct 13, 2016, aged 88. The date has been observed as a public holiday ever since

The park was built to honour his achievements.

The land it occupies formerly served as the grounds for the 102-year-old Nang Loeng Racecourse of the Royal Turf Club, and was donated by His Majesty the King for park development. Design work began in 2018.

Designed as a forest park covering 279 rai, thousands of new trees will provide the capital with another much-needed “green lung” where people from near and far can get in touch with nature.

In November last year, the Bureau of the Royal Household unveiled a virtual design for the public park which is expected to be completed by the end of 2024.. 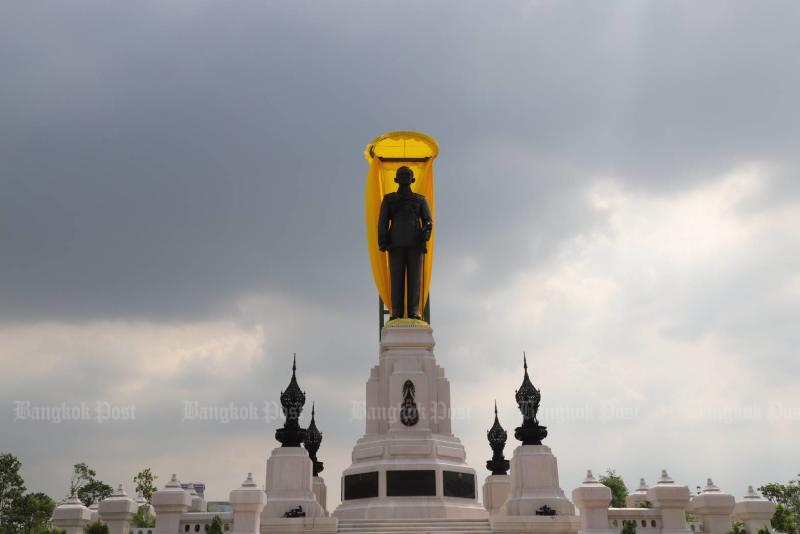 The statue of HM King Bhumibol is the main attraction at Chalerm Phrakiat Park in Dusit District. (Photo: Pattarapong Chatpattarasill) 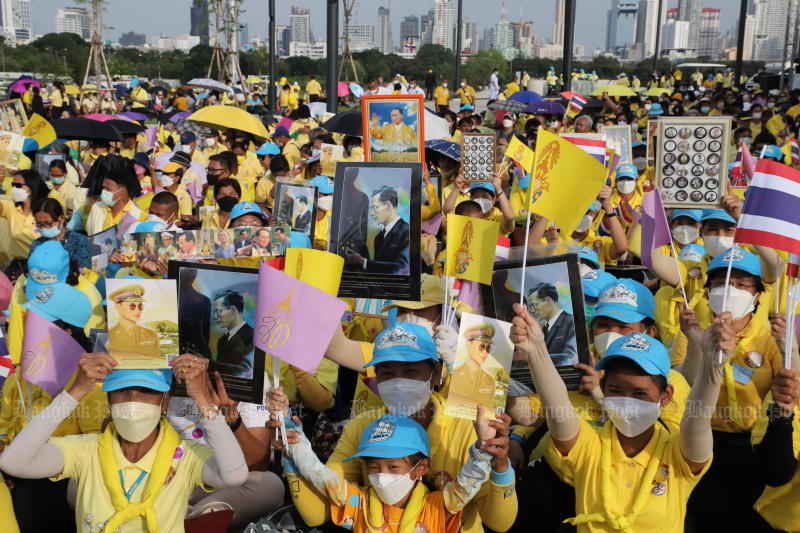