Putin's attendance yet to be confirmed

Either their leaders or representatives will attend the meeting, Mr Don said yesterday, adding that special guests from three non-member countries have also confirmed they will attend.

However, Russian President Vladimir Putin's attendance has yet to be confirmed, said Mr Don, who also serves as deputy prime minister. 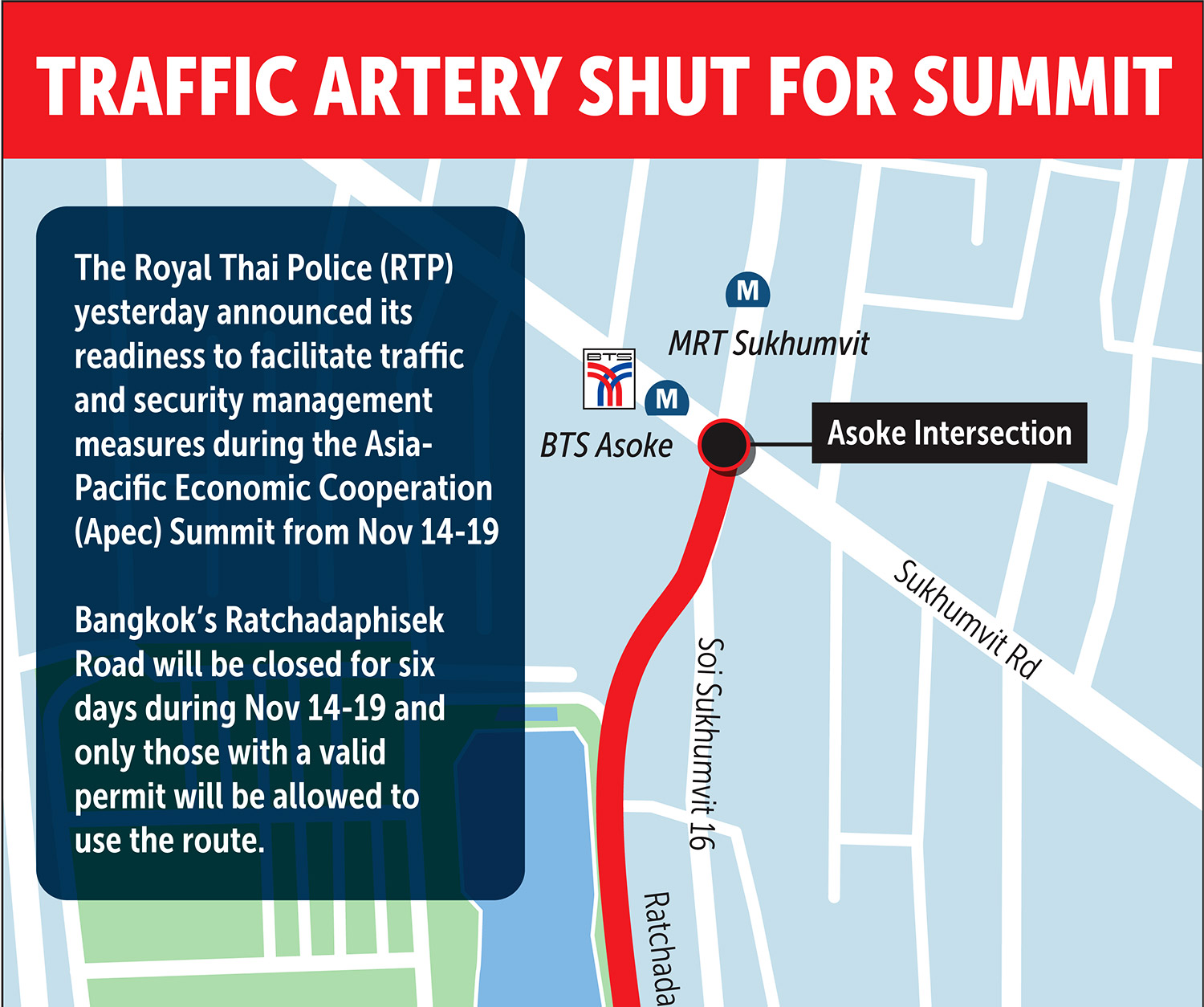 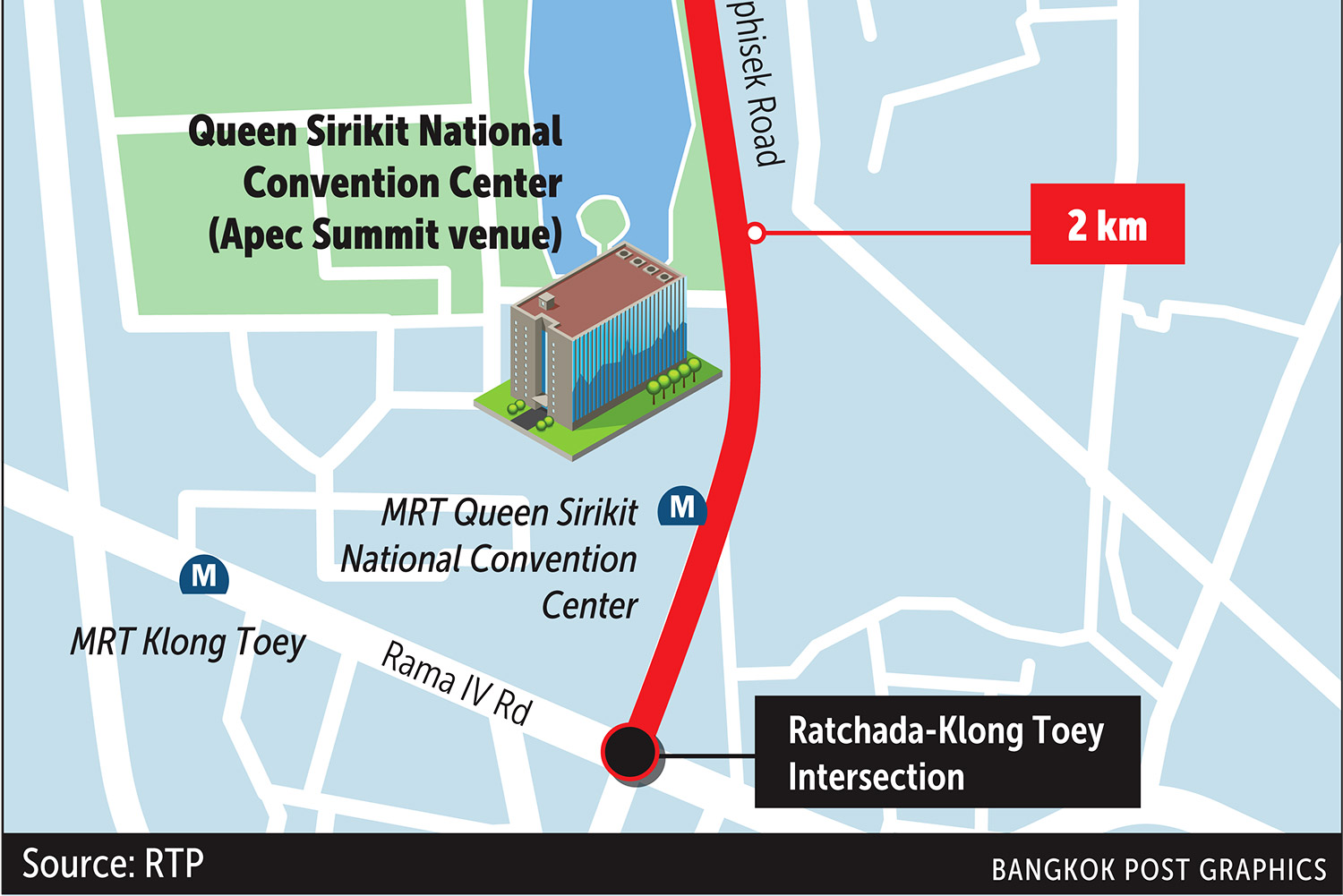 He said several countries taking part in the summit will also hold bilateral talks with Thailand on the sidelines of the Apec meeting.

Asked whether it will be possible for US President Joe Biden, who is scheduled to attend the Asean Summit in Cambodia on Nov 10-13, to join the Apec meeting in Bangkok, Mr Don said it has been confirmed that the US presdent will not attend and US Vice-President Kamala Harris will instead represent him at the meeting.

The government has declared Nov 16-18 as public holidays in Bangkok, Nonthaburi and Samut Prakan during the Apec meeting.

Roads that are located near the Queen Sirikit National Convention Center (QSNCC), the venue of the Asia-Pacific Economic Cooperation (Apec) summit, will be closed to the general public during the event and trains will not stop at the subway station at the centre, authorities say.

Boat traffic on the Chao Phraya River will also be restricted and drones banned as part of security measures during the event.

According to the cabinet secretariat, general traffic in the vicinity of the convention centre will be blocked and the nearby Benjakitti Park will be closed.

MRT services will continue but trains will not stop at the QSNCC station during the summit period.

Since the government has declared Nov 16-18 to be public holidays in Bangkok, Nonthaburi and Samut Prakan during the Apec meeting, schools and universities in these provinces will also be closed during the period to prevent traffic congestion.

Apec summit participants will have a gala dinner at the navy auditorium by the Chao Phraya River on the evening of Nov 18.

People have been asked to avoid routes to the auditorium and travel along the river near the dinner venue will be banned.

The MRT station at the QSNCC will be closed from Nov 16 to 19.

Road closures will take effect around the clock from Nov 14 to 19 on Ratchadaphisek Road between the Asok Montri and Rama IV-Klong Toey intersections.

People living or working in the area must register with the police to receive permission to access the roads during the period. Shuttle buses will be available for them to use.

Air Vice Marshal Prapas Sornchaidee, spokesman of the Royal Thai Air Force, said that security will be stepped up at the air force's 6th Wing in Don Muang district.

The air force's airport will be among several airports to welcome foreign leaders who will fly in to attend the Apec summit.

Pol Lt Gen Pakpumpipat Sajjaphan, commander of the Immigration Bureau, said that immigration authorities have been instructed to step up their screening and surveillance of foreign arrivals during the summit period as part of security measures.

The participating countries have also already sent the lists of persons under surveillance to the Thai immigration authorities, all of whom will be denied entry if and when they arrive in Thailand, he said.