The ruin of the conveted farm house used as a fireworks factory in Muang district of Suphan Buri that exploded on Wednesday morning, killing one person and inflicting major burns on three others. (Photo: Samerkun Suphan Buri rescue foundation)

One person was killed and three others suffered major burns in an explosion at a fireworks factory in Muang district of Suphan Buri on Wednesday morning.

The explosion occurred at a converted farm house at Khoi Ngam village in tambon Salakhao around 10am on Wednesday, police said.

Workers fled the building in terror as exploding fireworks tore it apart. Firemen and rescue workers rushed to the factory, sited on 2-rai of a former paddy field.

One person was found dead inside the building. Three other people suffered major burns over 50% of their bodies and were rushed to Chao Phraya Yommarat Hospital. The factory was left a ruin. 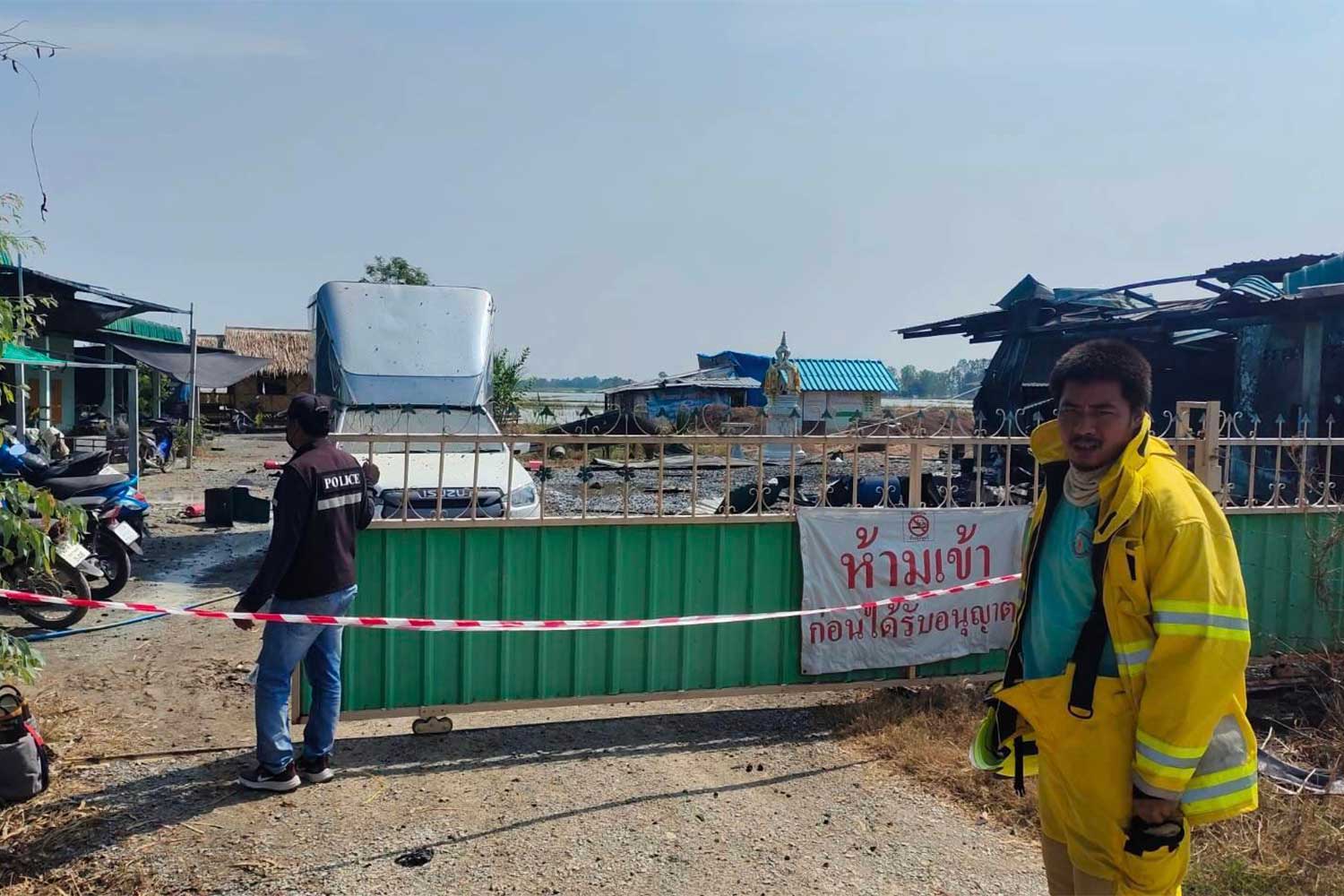 A police officer and a rescue worker at the scene of the fireworks factory explosion in Suphan Buri. (Photo: Samerkun Suphan Buri rescue foundation)