Work continues on the repair and widening of this section of Patong hill road, its foundation undercut by a landslide during heavy rain in mid-October. It is expected to fully reopen on Dec 25. (Photo: Achadthaya Chuenniran)

PHUKET: The Patong hill road is expected to fully reopen to traffic on Dec 25, with repair work on its landslip-weakened foundation now almost complete.

The road between Kathu and Patong was closed hit by a landslide during days of heavy rain in mid-October and is still only partially open.

Chai-anan Sutthikul, mayor of Kathu, said on Wednesday that the road’s foundation had been filled and strengthened, and repair work was almost done.

When completed, the road's width would be increased by 7 metres in that section, making it safer, stronger and more durable, said the mayor.

Repairs were costing about 21 million baht and were expected to be completed before Dec 24, within the 45-day timeframe set in the contract, Mr Chai-anan said.

If there was no rain, the work could even be finished on Dec 20, he said.

The Kathu-Patong Road was closed after a landslide on Oct 19, when air travellers warned to leave for Phuket airport several hours before scheduled departure because of widespread flooding and damage to roads.

The mayor said the two alternative routes to Patong beach - Go-kart in Kathu district to Chao Phor Sue shrine in Patong, and Wat Bang Thong in Kathu to Chao Phor Sue shrine – were not far from Patong but the roads were rather steep and were best used in times of emergency. He was still in talks with the provincial electricity office about installing lighting along the two routes. 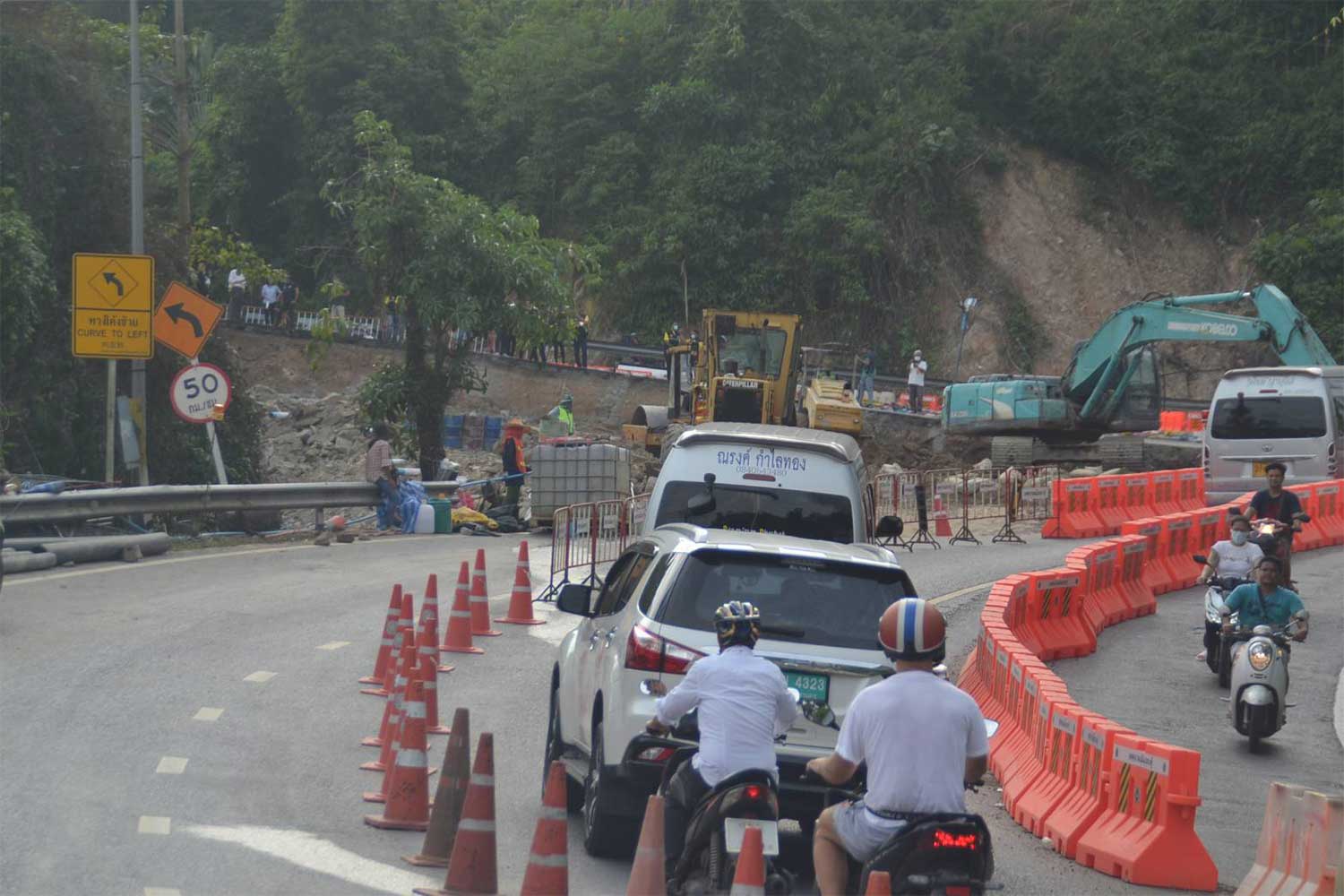 The damaged hill road between Phuket town and Patong has been partially reopened while repairs continue. (Photo: Achadthaya Chuenniran)