Authorities have seized a luxury resort and cars, worth about 3 billion baht in all, from alleged Chinese triad boss Chaiyanat "Tuhao" Kornchayanant, who is accused of involvement in the drug trade.

There were five blocks of land totalling 39 rai, and nine buildings with 375 beautifully decorated rooms in the resort grounds. The task force also confiscated nine luxury cars, including a Bentley Continental GT and Toyota Alphard.

This round of seizures was different from the earlier seizure of assets worth 1,131 million baht by the Office of the Narcotics Control Board announced by the ministry on Dec 8, Mr Somsak said at a media briefing on progress in the case.

He called on people to give authorities whatever information they had about the illicit drug trade. They would be eligible for a reward of 5% of the assets seized as a result.

Mr Somsak said informants should not be worried, there were witness protection teams provided by the Department of Special Investigation (DSI). The ministry was setting up a whistleblowing system online, a block chain that would enable informants to receive rewards via cryptocurrency. This would keep informants safe, said Mr Somsak.

King Mongkut’s Institute of Technology Ladkrabang was working on this online system, which was expected to be ready in January next year, he said.

Mr Chaiyanat turned himself in to police on Nov 23 after an arrest warrant was issued by the Bangkok South Criminal Court for his alleged involvement in the drug trade. He denied all the charges, but the court denied him release bail, ruling him a flight risk.

Subsequently, police raided many locations across Greater Bangkok, including a luxury housing project in Samut Prakan where most units were found to have been purchased through Thai nominees with suspected links to Mr Chaiyanat.

Former politician and massage parlour Chuvit Kamolvisit attended the ministry’s press conference on Friday, and said he wanted to confirm that he would not keep the reward he was entitled to. He would give all the money to hospitals.

The former outspoken politician first exposed the "grey businesses" run by Chinese triads in Thailand, one he said was headed by a man known as "Mr Tuhao", and is entitled to a reward of 5% of the assets confiscated from the gangsters, the justice minister said on Thursday.

Mr Chuvit questioned why investigators had not pressed money laundering charges against the alleged crime boss known as Mr Tuhao.

He said he  went to the Office of the Attorney-General this morning to hand over evidence relating to Tuhao's activities. In future, he may hand over all documents and evidence he had to the DSI, which could  take it up as a special case. He promised to keep a close watch on progress made in the case. 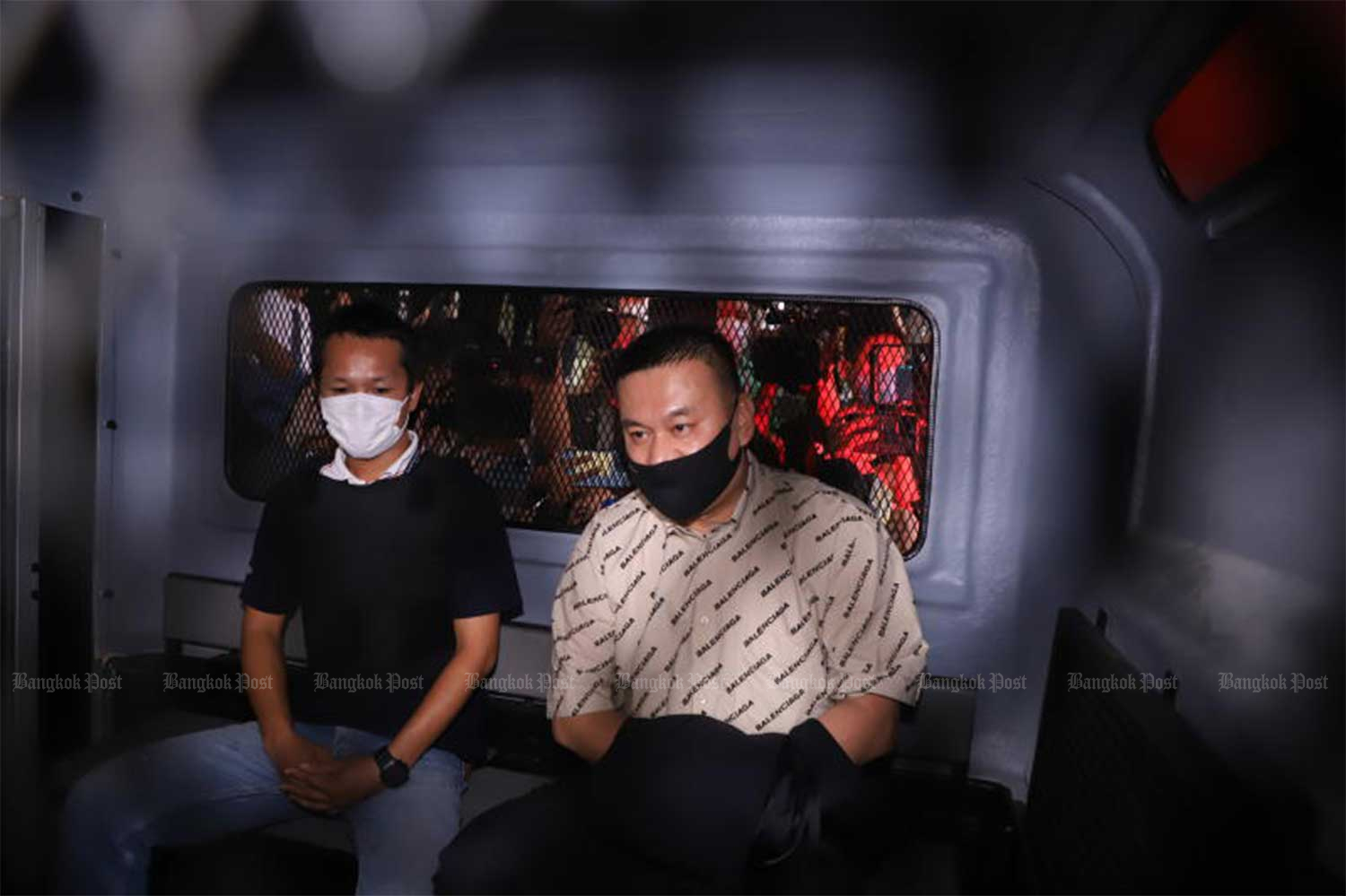