Lessons learnt from the first phase of the Thai-Chinese high-speed train project are believed to help ensure a smooth and faster operation of the next phase of the project, according to the Department of Rail Transport.

Despite some delays in construction during the first phase, the 179.41-billion-baht 253km standard-gauge railway from Bangkok to Nakhon Ratchasima will still open in 2026 as initially planned, said Pichet Kunadhamraks, department director-general in a recent interview with the Bangkok Post.

"The delays happened for a reason and the reason is everything needs to be decided sensibly and in the best interests of the country," he said.

After signing a memorandum of understanding (MoU) with the Chinese government on Dec 19, 2014, the Thai government has allowed the former to take part in all processes of the high-speed train project, which will stretch 609 kilometres long from Bangkok to Nong Khai, he said.

Under the circumstances, first phase implementation was delayed at times because the government needed to ensure the project is sustainable and bring maximum benefits to the economy and rail system, he said.

Reasons for the delay

The first part of construction started on Dec 21, 2017, when Prime Minister Prayut Chan-o-cha and the Chinese government jointly presided over the opening ceremony at Mo Lak Hin in Pak Chong district of Nakhon Ratchasima. The historic section of the high-speed railway known as the Klang Dong-Pang Asok section has been built now.

Of all 13 first-phase construction contracts, 10 are being implemented, he said.

One, the 11km Si Khiu-Kut Chik section, is now 95.71% complete since work began on April 30, 2019. Work under nine other contracts began last year, and little progress has been made so far.

"Work under the other three contracts has yet to begin as these contracts have not been signed. That is expected soon," said Mr Pichet.

"Because the high-speed train project really is new to Thailand, we have to rely on China which helps us with designing the project and controlling construction," he said.

"Anyway, we expect China to transfer all this know-how to us, from basic knowledge to how to operate and repair the high-speed train," he said. 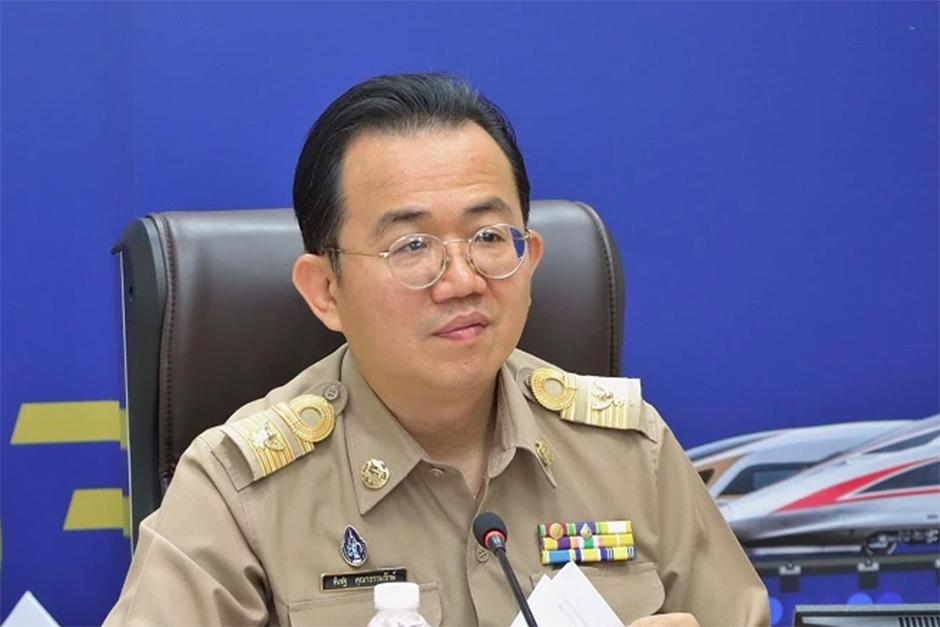 As such, in the project's second phase (a 300-billion-baht, 356km long line to be built between Nakhon Ratchasima and Nong Khai), the Thai architect teams will take charge of the job of designing the project, he said.

"So, it can be said that delays in the first phase are forgiven as this was the phase of learning and knowledge transfer from China to Thailand," he said.

Another important reason that justified these delays is the fact that every process in the project is regulated under Thai laws, such as the process of formally proposing the project, preparing a report of the environmental impact seeking approval by the cabinet, issuing a land expropriation decree, designing the project's implementation and finding contractors by bidding, he said.

Mountainous terrain in several parts of the site was another factor resulting in the delays, as tunnel digging is required in certain areas, he said.

And when it comes to digging in mountainous terrain, the work normally requires approval by national park authorities, which took time to obtain, he said.

The Covid-19 crisis was another key factor stalling the railway construction as Covid-19 restrictions affected the transport of construction materials and the movement of workers, he said.

"Despite all these hindrances, we still believe the first phase will open by 2026 as planned," he said.

The second phase will be proposed to the cabinet for approval by early 2023, said Mr Pichet.

The second phase railway is therefore expected to open by 2028, he said.

The second phase will be submitted to the board of the State Railway of Thailand (SRT) between January and February before it is then forwarded to the cabinet, said an SRT source.

And if the cabinet approves the project between April and May, the SRT should be able to find contractors through bidding and sign a contract with them by late in the year, said the source.

The construction, expected to take around four years, should therefore begin in 2024, which will allow sufficient time for the preparation to open the entire route of the high-speed project by the middle of 2029.

However, since the ministry aims to launch the high-speed train service by 2028, the rest of the work will have to be accelerated and done by the deadline given by the ministry.

The second phase will comprise 13 contracts, 12 construction contracts and a contract for installing the train signalling system.

The 609km long high-speed train system is designed to accommodate the maximum train speed of 250km per hour, meaning that travelling from one end to the other will take approximately 3 hours and 15 minutes.

The bridge is now being designed to accommodate two regular railway links and two high-speed railway links to allow trains to cross without having to wait until the other train passes, he said.

A type of durian unique to the southern border province of Yala has been given official geographical indication (GI) designation, which should help sales and increase growers’ income, according to Deputy Commerce Minister Sinit Lertkrai.