Ministers welcome the first group of Chinese tourists to arrive in Thailand at Suvarnbhumi airport on Jan 9. (Photo: Varuth Hirunyatheb)

Both Chiang Mai and Phuket are expecting to see a significant rise in air travel on direct flights from China from Jan 18, according to local airport authorities.

There will be one direct flight daily from China to Chiang Mai and three a day to Phuket, with non-stop air links to keep rising between the two countries.

A flight between Shanghai and Chiang Mai is due to begin operating on Jan 18, with another from Guangzhou to Chiang Mai to start two days later, Wichit Kaeosaithiam, the director of Chiang Mai airport, said on Tuesday.

The boost in traffic has been anticipated after China reopened its borders and lifted quarantine restrictions over the weekend. 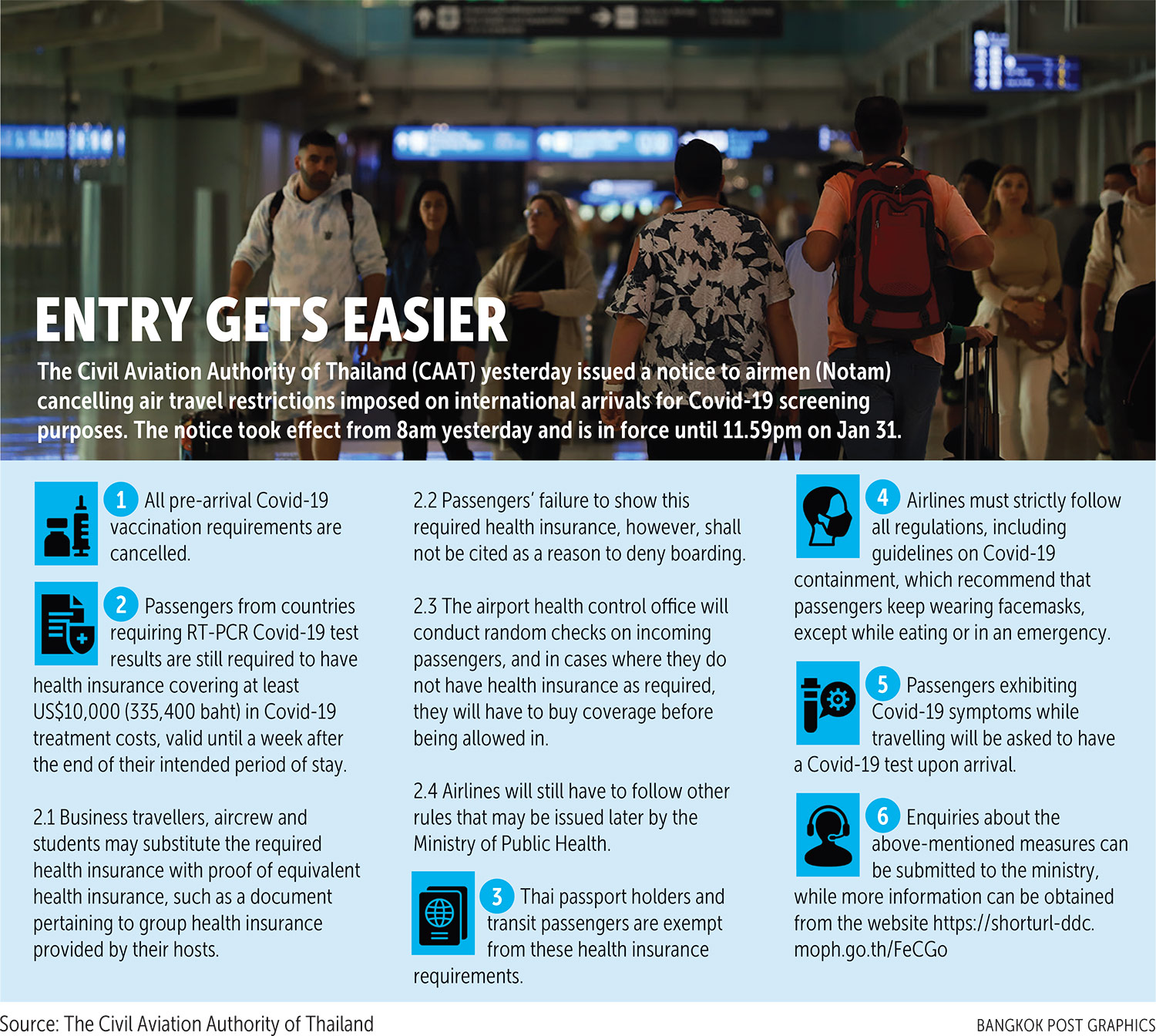 One Beijing-Chiang Mai flight, another running between the Sichuan capital of Chengdu and Chiang Mai and two more from Shanghai to the same northern Thai city are now pending permission, he said.

Before the Covid-19 pandemic erupted in 2019, Chiang Mai airport received flights operated on 19 routes from China which brought in between 4,000 and 5,000 passengers a day, or 1.78 million people a year, he said.

The airport can manage more passengers if some international flights that now run to Suvarnabhumi airport in Bangkok are diverted to Chiang Mai airport, he said.

Tourism businesses in many countries are eager to welcome back Chinese visitors, said Thanet Tantiphiriyakit, president of the Phuket Tourist Association.

Phuket is considered the top destination in Thailand for Chinese tourists.

On Jan 18, three direct flights are due to arrive in Phuket from China, including two from Shanghai and one from Nanjing, he said, adding they will bring in a combined 500 passengers a day.

Another three are due to begin operating from Jan 24, bringing to eight the number of direct flights between China and Phuket.

He said Phuket is equipped to contain the spread of the coronavirus should any new waves break out.

Hospitality workers who come into close contact with tourists are advised to wear a face mask and adopt social distancing measures, he said.

The ministry recently said proof of double vaccination would be required for entry but then cancelled this after a backlash from tourism business associations.

Bangkok's night entertainment venues are expected to benefit from the return of Chinese tourists in large numbers in the third and fourth quarters.